Philly Shipyard ASA (Oslo: PHLY) announced that Jim Miller has been nominated to be Chairman of the Board of Directors of Philly Shipyard. Mr. Miller previously held this role from 2011 until 2014. This nomination is expected to be approved at an extraordinary general meeting on February 1, 2016. Kristian Rokke, CEO of the Norwegian investment company Akastor, is stepping aside as Chairman of the Philly Shipyard Board. The remainder of the Company's Board of Directors will remain unchanged and consists of Amy Humphreys, Elin Karfjell, and Audun Stensvold.

The Aker Way: From Surviving to Thriving

Aker’s comeback story isn’t yet over, but the middle chapters certainly make for compelling copy. The nation’s market leader in blue water tankers and containerships looks aft to (painful) lessons learned and at the same time, ahead for additional opportunities. Aker Philadelphia Shipyard (Oslo: AKPS) is the second-largest commercial shipbuilder in the United States, having built more than one-half of the large ocean-going vessels in the US market since 2003. The key word in all of that is “commercial.” Aker Philadelphia is a Jones Act builder… 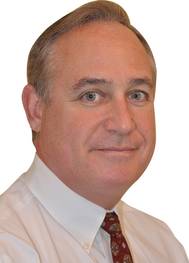 In an extraordinary end to an unusually buoyant year for U.S. shipyards, a flurry of new blue water, commercial orders flooded into Tier I shipbuilders in the fourth quarter of 2013. As the year comes to a close, the biggest problem facing U.S. builders was solving the quandary of how to find, train and ultimately retain qualified shipfitters to toil on the vessels sitting on those fat backorder books. While these are nominally ‘good’ problems to have, they are problems nonetheless. Industry is, nevertheless, finding imaginative ways to adapt existing human resources models as a way to cope.

Crowley Maritime Corporation christen its newest US-flag tanker, 'Florida', at Aker Philadelphia Shipyard. More than 100 guests, including Chairman, President and CEO Tom Crowley; friends and employees from Crowley; representatives from the customer, shipyard, and labor along with other industry dignitaries, gathered to celebrate the vessel’s christening, which was performed by Nina Glende Johnsen, the wife of Aker President and CEO Kristian Rokke. The Florida, which will provide 50 American seagoing and shore-side jobs…

Aker Philadelphia Shipyard holds ceremonial keel-laying for first Aframax Tanker for SeaRiver Maritime, Inc. The ceremonial keel-laying was for the first of two Aframax tankers that it is building for SeaRiver Maritime, Inc. (SeaRiver), Exxon Mobil Corporation’s U.S. marine affiliate. The construction of the two tankers, valued at $400 million, will create more than 1,000 jobs. When completed in 2014, the Liberty Class vessels will be 820 feet long and be capable of carrying 115,000 tons of crude oil.