Mitsui O.S.K. Lines, Ltd. announced the graduation of 87 students in the seventh and final class of the "3rd Year Program," which MOL introduced with the goal of developing crew members who will uphold strict safety standards in vessel operation. The “3rd Year Program” targeted new seafarers from among third-year students at partner maritime schools in the Philippines. MOL provided education and training at the Magsaysay Institute of Shipping (MIS), its training center in the Philippines. MIS was jointly established by MOL and Magsaysay Maritime Corporation in 1993.

Mitsui O.S.K. Lines, Ltd. today announced that on March 8, it held a groundbreaking ceremony for a new merchant marine academy in Salitran, Dasmariñas City, the Philippines. It will be jointly established with Magsaysay Maritime Corporation (MMC) (*1), MOL’s partner in the Philippines, and is scheduled to open in June 2018. A large audience was on hand for the groundbreaking ceremony, including special guests from the city of Dasmariñas and from the Commission on Higher Education (CHED); from MOL, Chairman Koichi Muto and Senior Managing Executive Officer Masaaki Nemoto. 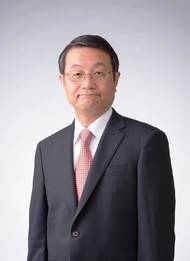 Mitsui O.S.K. Lines, Ltd. today announced the appointment of a new chairman and president.   Current President and Representative Director Koichi Muto will assume the position of Representative Director and Chairman, and current Director and Senior Managing Executive Officer Junichiro Ikeda will become president. The appointments are subject to approval by the Board of Directors meeting following the Annual General Meeting of Shareholders, which will be held on June 23, 2015.

Mitsui O.S.K. Lines, Ltd. today announced the graduation of 105 students in the fourth class of the "3rd Year Program," which MOL introduced with the goal of developing crewmembers who will uphold strict safety standards in vessel operation. The 3rd Year Program targets new seafarers from among third-year students at partner maritime schools in the Philippines. MOL provides education and training at the Magsaysay Institute of Shipping(MIS)(*1), its training center in the Philippines. On hand for the graduation ceremony were Administrator of the Maritime Industry Authority (MARINA)Dr. Maximo Q.

Mitsui O.S.K. Lines, Ltd. (MOL; President: Koichi Muto) and Reliance entered into a strategic association for transportation of Liquefied Ethane from United States to India. This will make MOL to be the first shipping company who is dedicated for a continuous Liquefied Ethane transportation by Very Large Ethane Carriers (VLEC). The transportation of Ethane will be carried out by six VLEC's from North America to India. The VLEC's are being specifically built by Samsung Heavy Industries Co., Ltd and expected to be delivered in the last quarter of 2016 and will enter into service thereafter.

Three Castaways Rescued Safely off Indonesia. Mitsui O.S.K. Lines, Ltd. (MOL; President: Koichi Muto) has announced that on October 6, 2014, the MOL-operated/managed LNG carrier Senshu Maru founded drifting castaways in the Celebes Sea off Indonesia, and was able to safely rescue three Indonesian fishermen. At 14:15 (all times were in Japan time) on October 6, 2014, the Senshu Maru, sailing from the port of Bontang, Indonesia, to the port of Sakai-Senboku in Osaka, Japan, found drifting fishermen – their fishing boat was hit by the wave and sunk, and immediately began the rescue operations.

Mitsui O.S.K. Lines, Ltd. (MOL; President: Koichi Muto) today announced the publication of the English version of its Environmental and Social Report 2014, which introduces the MOL Group's perspectives and latest initiatives regarding corporate social responsibility (CSR) and the environment. The report provides a broad range of information based on the viewpoints of the environment, society, and governance (ESG), which support MOL's sustainability, and focuses especially on issues the MOL Group should emphasize to ensure continued growth while meeting the needs of its various stakeholders.

Mitsui O.S.K. Lines, Ltd. The award is aimed at heightening awareness of the need to protect harbors and the marine environment through safe operation of oceangoing vessels and was first awarded in 2003. The awards are commended to “vessels considered superior by pilots” by JFPA. For FY2013 awards, seven vessels were selected from among ships that requested pilots at pilotage districts throughout Japan in September and October. Among the seven, four were operated and managed by MOL…

Four conferences aimed at becoming the world leader in safe operation. Mitsui O.S.K. Lines, Ltd. (MOL) announced that MOL Safety Conference 2014 programs have been held in four places worldwide. Date                          City (country)                No. Each conference opened with powerful messages from MOL Chairman Akimitsu Ashida and President Koichi Muto. “This year marks the 130th anniversary of MOL. For our growth strategy, establishing and maintaining safe operation is one of the most important issues for gaining customer’s trust.

Mitsui O.S.K. Lines, Ltd. (MOL) president Koichi Muto hosted an appreciation cocktail party for government leaders, customers, partners and MOL employees on March 5 at Park Royal Hotel, Yangon. It was well attended by 110 guests including Ichiro Maruyama, Minister-Counsellor/Deputy Chief of Mission, Embassy of Japan, reaffirming MOL’s expansion plan in the containership business in Myanmar and its commitment in furthering the country’s economic development. "It is my honor to visit Myanmar and I am deeply grateful to the Myanmar government…

The Mitsui O.S.K. Lines' 2008-built Bahama-flagged 8,000 teu containership 'MOL Comfort' foundered Monday & all 26 crew were picked up from a lifeboat by 'MV Yantian Express'. According to GAC there is a considerable amount of oil in the water with containers scattered in the area 430 m southeast of Salahah, Oman. The weather at the time of the rescue was: Wind force 7, Swell 6 m. " The MOL-operated containership MOL Comfort, while under way from Singapore to Jeddah on the Indian Ocean (12'30"N 60'E) at about noon JST (07:00 local time) on June 17…

Indian Government delegation visits MOL Tokyo HQ - confirms MOL's intentions to strengthen operations in India. Mitsui O.S.K. Lines, Ltd. (MOL) were recently visited by a  nine-member delegation from the government of India, headed by Milind Murli Deora, who serves as Minister of State for Communications, Information Technology and Shipping. In a meeting with the delegation, MOL outlined its operations in India, beginning with the liquefied natural gas (LNG) carrier business, and how MOL shipping services can continue to contribute to the economic growth of India…

Mitsui O.S.K. Lines (MOL) President Koichi Muto outlines business initiatives on his company's 129th anniversary. In fiscal 2013, we will launch business initiatives based on a One-Year Management Plan designed to return the MOL Group to a growth trajectory. Since the beginning of 2013, the business environment has started to show positive signs in some quarters, including a rebound in the U.S. economy and a weakening of the yen. In the marine transport industry, while vessel deliveries are projected to plummet from 2014 onward…

Mitsui O.S.K. Lines, Ltd. (MOL; President: Koichi Muto) has announced that the company has built additional training facilities and cabins on CADET training vessels and started a new onboard intensive training program, called Cadet Actual Deployment for Education with Tutorial (CADET Training). Maximum number of trainees per year: 330 (Max. MOL provides the CADET training program for cadets (officer candidates) aboard the vessels that are actually in service. This allows cadets who will support safe operation in the future to acquire basic safety education…

Mitsui OSK Lines' financial statement for Q3, December 31, 2012, underlines a stagnant shipping market. Looking at the maritime shipping market conditions, in the dry bulker market, conditions for all vessel types continued to stagnate because the number of new vessel deliveries was consistently high from the start of 2012, preventing further improvements in the balance of supply and demand. Although the crude oil tanker (VLCC) market was weakened by the combined effects of the summer season…

MOL-operated Bulk Carrier Rescues 2 from Yacht adrift off Australia. Mitsui O.S.K. Lines, Ltd. (MOL; President: Koichi Muto) today announced that the MOL-operated bulk carrier Yahagi Maru rescued two sailors from the yacht Mehitable, which was adrift at sea approximately 350km off Brisbane, Australia.On the morning of June 5 (local time), the Yagagi Maru, which was under way from Japan toward Newcastle, New South Wales, received an SOS from the Mehitable which was in distress about 40 miles away, they also received a request from the Australian coast guard at the same time.

Aims at Rejuvenation of the Fleet, Higher-quality Services. Mitsui O.S.K. Lines, Ltd. (MOL; President: Koichi Muto) today announced a decision to scrap five double-hull tankers (four VLCCs, one Suezmax) by the end of March. Scrapping of two vessels is already completed, and preparations are under way to start dismantling the other three. All five tankers were crude carriers launched before 1998. MOL, as one of the world’s leading crude oil transport operators, is moving ahead to rejuvenate its fleet… 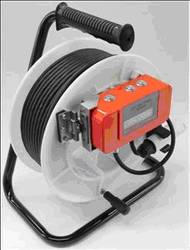 MOL Table Top Drill Tests Response to Possible Product Tanker Collision, Fire in Tokyo Bay. Mitsui O.S.K. Lines, Ltd. (MOL, President: Koichi Muto) announced the completion of a table top drill based on a scenario in which the MOL Group-managed petroleum product tanker Raysut collided with another merchant vessel in Tokyo Bay, resulting in explosions and a fire on board. The three-hour drill, from 1pm (local time) to 4pm on Friday, 14 October, involved the Raysut as well as the 3rd Regional Coast Guard Headquarters and other organisations.

MOL Earns Commendation from Cambodian Government for Role in Transport of Medical Vehicles and Equipment. TOKYO—Mitsui O.S.K. Lines, Ltd. (MOL; President: Koichi Muto) today announced that it has received a commendation from the government of Cambodia for its support of a project to supply the nation with medical vehicles and equipment in Phnom Penh. MOL co-operated with non-profit organization (NPO) Side By Side International (SBSI)* to transport 34 medical vehicles and other equipment to help the nation develop an emergency first-aid system.

Hybrid Car Carrier to Launch in 2012

Hybrid Car Carrier launch scheduled for June 2012Mitsui O.S.K. Lines, Ltd. (MOL; President: Koichi Muto) announced the  exterior and basic design of the hybrid car carrier aiming at zero emissions while berthed had been determined. As a “project that develops systems to reduce CO2 emissions from ocean-going vessels”, the vessel earned MOL a subsidy from Japan's Ministry of Land, Infrastructure, Transport and Tourism (MLIT) in 2009. The vessel will be launched at the Mitsubishi Heavy Industries, Ltd., Kobe shipyard in June 2012. generation with lithium-ion batteries for power storage. 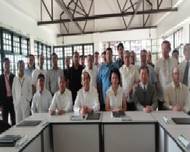 Mitsui O.S.K. Lines, Ltd. (MOL; President: Koichi Muto) today announced an agreement to introduce the Third Year Program with seven merchant marine schools in the Magsaysay Institute of Shipping (MIS*1) in Philippines. The move is aimed at cultivating seafarers who support high level of safety standards in vessel operations. MIS selected new Filipino seafarers from among third-year students at merchant marine schools, and gave them one year of training on MOL’s training ship and other MOL-operated vessels. The new program will bring forward selection of new seafarers by one year.