The Houston Ship Channel reopened on Wednesday to two-way traffic after salvage crews removed two gasoline barges damaged in a weekend collision with a deep-draft vessel, officials said.About 11,280 barrels of gasoline spilled into the channel near Bayport, Texas, after a 755-foot (230-metre) tanker collided over the weekend with a Kirby Inland Marine tugboat towing two barges containing the fuel.The removal of the Kirby Corp-operated barges was completed by midday on Wednesday and two-way traffic resumed…

A bottleneck of inbound traffic on the Houston Ship Channel eased on Tuesday though one-way travel restrictions remained following a weekend collision between a deep-draft ship and a barge, officials said on Tuesday.About 9,000 barrels of gasoline spilled into the channel near Bayport, Texas, when a 755-foot (230-meter) tanker collided over the weekend with a Kirby Inland Marine tugboat towing two barges containing the fuel.West Texas Intermediate crude at the Magellan East Houston (MEH) terminal on the ship channel traded at an $8.10 a barrel premium to U.S.

The Houston Ship Channel could remain under one-way travel restrictions all week following a collision between a deep-draft ship and a barge that spilled petrochemicals into the waterway, according to an official.About 9,000 barrels of gasoline spilled into the channel near Bayport, Texas, when a 755-foot (230-m) tanker collided with a Kirby Inland Marine tugboat towing two barges containing the fuel. One barge ruptured and the other capsized.The U.S. Coast Guard limited travel to one-way traffic because barges blocked part of the channel.

Kirby Inland Marine LP has agreed to pay $4.9 million in civil penalties to settle claims stemming from a 4,000-barrel oil spill in the Houston Ship Channel in March 2014, the U.S. Justice Department said on Tuesday.   The company, a subsidiary of Kirby Corp, also agreed to implement operating improvements across its hundreds of vessels operating in U.S. inland waters, the department said in a statement. (Reporting by Tim Ahmann; Writing by Eric Walsh; Editing by Susan Heavey) 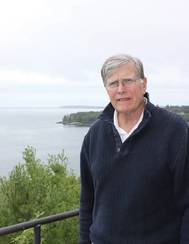 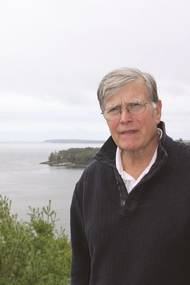 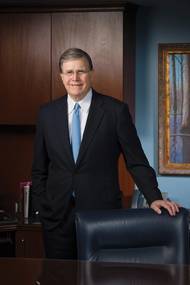 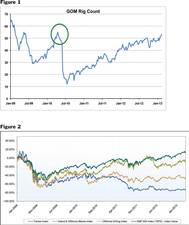 Maritime Mergers and Acquisitions: Oil & Gas to the Forefront

Maritime oil and gas business segments have exhibited mixed results in the past 12 months. In the United States, offshore business is slowly recovering from the devastating Macondo spill that resulted in an exodus of drilling assets to foreign shores. Service and equipment providers are showing cautious optimism as the number of drill rigs under contract has risen substantially, along with day rates. In this report, Figure 1 shows the recovery in the active Gulf of Mexico rig count to pre-Macondo levels, with the point of the accident circled in green.

Houston - Kirby Corporation will announce its 2012 first quarter results at 5:00 p.m. central time on Wednesday, April 25, 2012. A conference call to discuss the results will be held at 10:00 a.m. central time on Thursday, April 26, 2012. The telephone numbers to call to participate in the conference call are 800-446-2782 for domestic callers and 847-413-3235 for international callers. Dial in five to ten minutes prior to the start of the call. The host is Steve Holcomb. The confirmation number is 32231413. An audio conference call play back will be available starting at 12:30 p.m.

Kirby Corporation (NYSE:KEX) announced the retirement of C. Berdon Lawrence, Kirby's Chairman of the Board, effective April 27, 2010, the date of Kirby's 2010 Annual Stockholders and Board of Directors Meetings. Mr. Lawrence has served as Chairman of Kirby since October 1999. He was the founder and former President of Hollywood Marine, Inc., an inland tank barge company acquired by Kirby on October 12, 1999. Lawrence will serve as a consultant to Kirby and will remain on the Kirby Board.