World shares climbed back towards record highs and safe-haven bonds tumbled on Tuesday, as hopes that Washington may roll back some of the tariffs it has imposed on Chinese imports rekindled optimism about the global economic outlook.A year-end rally looked to be building. Wall Street's main markets were expected to add to their 20% gains and best year since 2013. MSCI's 49-country world index was just 1.4% shy its early 2018 peak.Europe had galloped to a 21-month high on Monday before retreating on Tuesday. Asia had raced to its highest since May.

Risk appetite returned to world markets on Thursday following a media report the United States and China have tentatively agreed to a truce ahead of a highly-anticipated weekend meeting of the two nations' leaders in Tokyo.The South China Morning Post (SCMP), citing sources, said Washington and Beijing were laying out an agreement that would help avert the next round of tariffs on an additional $300 billion of Chinese imports.On Wednesday, U.S. President Donald Trump said a trade deal with his Chinese counterpart Xi Jinping was possible this weekend…

Global shares rose on Monday amid growing optimism the United States and China will reach a trade agreement as soon as this month.U.S. President Donald Trump and Chinese President Xi Jinping might seal a formal trade deal around March 27, given progress in talks between the two countries, the Wall Street Journal reported on Sunday.The two nations have imposed tit-for-tat tariffs on billions of dollars worth of each others' goods, roiling financial markets, disrupting manufacturing supply chains and shrinking U.S.

Global shares rose on Monday amid growing optimism the United States and China will reach a trade agreement as soon as this month.U.S. President Donald Trump and Chinese President Xi Jinping might seal a formal trade deal around March 27, given progress in talks between the two countries, the Wall Street Journal reported on Sunday.The two nations have imposed tit-for-tat tariffs on billions of dollars worth of each others' goods, roiling financial markets, disrupting manufacturing supply chains and shrinking U.S. 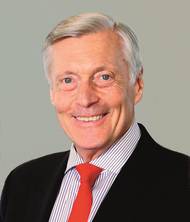 French container shipping giant CMA CGM is to buy Singapore's Neptune Orient Lines for $2.4 billion, making its biggest-ever acquisition to help it to ride out a severe market downturn. The takeover, which the companies expect to proceed in mid-2016 following anti-trust approvals, would cement family-owned CMA CGM's spot as the world's third-largest container shipping line by handing it market leadership on busy trans-Pacific routes. The acquisition of state-controlled Neptune crowns a recovery for CMA CGM and its founding Saade family…

CMA CGM has secured the necessary financial backing to proceed with an acquisition of Singapore's Neptune Orient Lines (NOL), Reuters reports, citing two people said to be familiar with the matter. The French shipping giant is reported to have received “firm commitment” from lenders HSBC, BNP Paribas and JPMorgan to bankroll the deal. A takeover of NOL would boost the world's third biggest container line's position on transpacific routes at a time when operators are struggling with overcapacity and low freight rates.

France’s CMA CGM has approached banks to finance its potential takeover bid for Singapore’s Neptune Orient Lines Ltd (NOL), reports Bloomberg. The world’s No. 3 container shipping company is in talks with banks including BNP Paribas SA, HSBC Holdings Plc and JPMorgan Chase & Co. for loans to back an offer for NOL. CMA CGM is the third largest container company in the world and has 8.8 per cent of market share according to container analyst Alphaliner. NOL was started as Singapore’s national shipping line…

Swiss trading house Mercuria has moved to become a significant player in the marine fuel market by hiring a team of close to 40 former employees from the once-largest supplier, traders and sources close to the matter said on Tuesday. The bankruptcy of Denmark's OW Bunker, which had controlled around 7 percent of the global shipping fuel market and employed more than 600 people, has given Mercuria an opportunity to beef up its business shortly after it acquired the physical commodities unit of JPMorgan Chase & Co.

JPMorgan Chase & Co has hired Edwin Tay, formerly with Glencore, as a senior crude oil trader in Singapore, industry sources said on Wednesday. Tay starts with the U.S. bank in January, they said. JPMorgan declined comment. JPMorgan completed the sale of its multibillion-dollar physical commodities unit to Mercuria last year. The divestment was due to rising regulatory and political pressure in the United States while the bank wanted to focus on its core business of lending. Reporting by Florence Tan

When JPMorgan Chase & Co agreed to lead a $700 million bond offering for Russian gas producer Gazprom OAO, it was doing business that some U.S. banks are afraid to do, several lawyers and a banker said. Gazprom faces U.S. sanctions after the U.S. government widened its restrictions against Russia in September. U.S. companies are prohibited from providing goods or technology to Gazprom and others, although they can provide financial services to the companies, meaning JPMorgan obeyed the law in underwriting bonds for the company. Gazprom announced pricing for the deal on Thursday.

Italy's Fincantieri said on Tuesday it had filed a request to list its shares on the Milan bourse, as state lender Cassa Depositi e Prestiti (CDP) moves to offer private investors a minority stake in the ship building company. The disposal of Fincantieri - wholly owned by CDP, which in turn is controlled by Italy's treasury - is part of a new wave of privatisations the Rome government announced at the end of last year. Banca IMI, Credit Suisse, JPMorgan, Morgan Stanley and UniCredit CIB are global coordinators of the offering.

Private equity firm Arsenal Capital Partners is considering a sale of its business that helps U.S. oil and chemical companies reclaim import taxes, a partner at the firm said. Timothy Zappala told Reuters that other options for the company, Charter Brokerage, included buying businesses in the same sector that would make a good fit with Charter. He declined to put a price tag on Charter but a source familiar with the matter said it could be valued at up to $500 million. Charter, which has annual net revenue of about $65 million to $70 million, is the largest U.S.

Goldman Sachs head of oil and ags Robijns to retire

Goldman Sachs' head of oil and agricultural trading, Karl Robijns, is retiring from the firm, an internal memo seen by Reuters showed. London-based Robijns, who first joined Goldman as an oil trader in 1998, has headed the bank's global oil, refined products, and agricultural trading since last year. "Karl has had a substantial commercial impact on our market-leading commodities franchise," said the memo from Goldman's co-heads of securities - Isabelle Ealet, Ashok Varadhan and Pablo Salame.

LITASCO to use Upgraded eSDS solution from ESS

Lukoil group companies will be the first new customers to use ESS’s upgraded and much improved eSDS Solution for compliance with REACH/GHS requirements. Electronic Shipping Solutions, the leading shipping eDocs provider, is pleased to announce that several members of the LITASCO Group have signed up to use its electronic Safety Data Sheet (eSDS) Solution. LITASCO will take advantage of the recently released upgrade to the eSDS Solution, featuring an improved user interface and eSDS sending process, further reducing the workload on users to meet REACH /GHS requirements.

On Monday, October 26th, Emery W. Harper passed away following complications from surgery, leaving his spouse/partner Louis (Luigi) Terruso and his daughter Caroline (Carrie). Harper practiced law for 45 years, representing the full spectrum of clients with major interests in the shipping industry. He founded the Maritime Finance Committee of the US Maritime Law Association, was Chair of the Admiralty Committee of the Association of the Bar of the City of New York and the International Section of the American Bar Association.

Marcon International, Inc. of Coupeville, Wa. reported that the sales of the two U.S. flag mini-cruise ships Wilderness Discoverer (ex- Mayan Prince) and Wilderness Adventurer (ex- Spirit of Adventure, Caribbean Prince) have concluded. Both vessels were sold by creditors JPMorgan Chase to private Pacific Northwest interests for Alaskan operations to begin in May 2011. The vessels will be operated under a new small ship adventure brand called InnerSea Discoveries, which is designed to be more adventuresome and appealing to a broad spectrum of younger-minded and experiential travelers.