The U.S. Merchant Marine Academy at Kings Point (USMMA) will celebrate 75 years since initial dedication in 1943, at homecoming this weekend. Events scheduled include a 75th anniversary dinner, the season’s first home football game for the 2-0 Mariners, a parade by the Regiment of Midshipmen, and the ceremony of Beating Retreat.“We are pleased to welcome alumni classes, families and friends for a jam-packed homecoming weekend at USMMA, especially the 75th anniversary events,” said George Rhynedance…

USMMA Class of '22 Arrives for Indoctrination 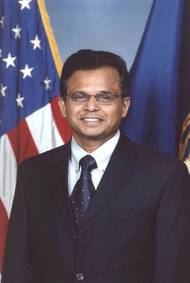 Dr. Shashi N. Kumar, Academic Dean at the U.S. Merchant Marine Academy (USMMA), has accepted a position to serve as Deputy Associate Administrator and National Coordinator for Maritime Education and Training at the headquarters of the Maritime Administration (MARAD). Kumar will leave USMMA in October to take up his new role at MARAD, where he will lead its efforts to bolster the nation’s pool of merchant mariners and halp to address the needs of State and Federal maritime academies.

On Saturday, August 8, The U.S. Merchant Marine Academy (USMMA) at Kings Point welcomed 243 “plebe candidates” of the Class of 2019 into the Regiment of Midshipmen as they took USMMA’s Corps of Cadets Oath administrated by Rear Admiral James A. Helis, Ph.D., Superintendent of USMMA, during the Acceptance Day Ceremony and Parade. They were then sworn in as midshipmen in the U.S. Navy Reserve by Rear Admiral Mark R, Whitney, Deputy Commander, Logistics, Maintenance and Industrial Operations Naval Sea Systems Command.

The United States Merchant Marine Academy (USMMA) at Kings Point informs it recently hosted a ribbon cutting ceremony to celebrate the completion of Mallory Pier. The pier was completely reconstructed as part of USMMA’s overall $71 million dollar Capital Improvement Plan. Faculty, staff and guests were welcomed by the Regimental Band’s Fanfare Trumpets, who were then followed by a greeting from Rear Admiral James A. Helis, Superintendent. Helis thanked those who played a role in the pier’s completion…

The U.S. Merchant Marine Academy welcomed its incoming Class of 2017, consisting of 238 plebe candidates from across the country. Upon arrival, the Congressionally-nominated future Midshipmen began a rigorous, 18-day regimen of academic, military and physical training known as Indoctrination (INDOC), their first step toward becoming future leaders and licensed maritime officers. “The new plebe candidates make up one of the most diverse classes in Academy history,” said Rear Admiral James A. Helis, Ph.D., superintendent at the U.S. Merchant Marine Academy. 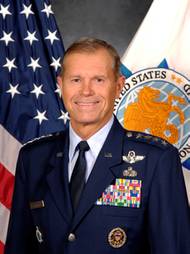 The U.S. Merchant Marine Academy (USMMA) today announced that Gen. William M. Fraser III, Commander, U.S. Transportation Command (USTRANSCOM), has been chosen as this year's commencement speaker to be held at USMMA on Monday, June 17, 2013. “The United States Merchant Marine Academy is honored to have General Fraser as our commencement speaker. He epitomizes the ideals of our Academy. He is an outstanding role-model for our graduates who are about to embark on a lifetime of service and leadership,” said Rear Admiral James A. Helis, Ph.D., superintendent.

Construction work has begun on the United States Merchant Marine Academy's new Mallory Pier. Construction crews from Russell Marine have had a barge on-site in Hague Basin since early January focused on the first phase of the project, which required preparing the old pier to help support the new construction. Last week the first pre-cast concrete piles arrived by barge, and after much anticipation, the first test pile of the new pier was driven into the Long Island Sound seabed. Seven more test piles will be driven in the seabed this week and measurements of their holding capacity taken.