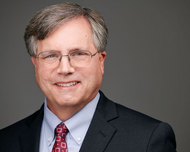 An industrial accident on Wednesday, May 15 at a Port of Los Angeles container terminal tragically took the life of an International Longshore and Warehouse Union (ILWU) worker and seriously injured a second worker. The incident occurred at approximately 7:25 a.m. at Fenix Marine Services at Pier 300. According to initial reports, an equipment accident involving a top loader container handler caused the death of one worker and injured the other. The injured worker was transported to Harbor UCLA Medical Center. The names of those involved in the accident are not yet available.

Honolulu-based Hawaii Stevedores, Inc. has received confirmation from Hawaii State Department of Transportation (HDOT) that, together with the state, Hawaii Stevedores will continue the joint development of the Kapalama Container Terminal (KCT). The state has confirmed its commitment for Hawaii Stevedores to lease the new 84-acre, state-of-the-art KCT, which will be constructed at the former Kapalama Military Reserve Terminal at Sand Island in Honolulu, as part of the state’s $448 million harbors modernization plan.

The U.S. Department of Transportation’s Bureau of Transportation Statistics (BTS) is seeking nominations for the newly-created Port Performance Freight Statistics Working Group. The working group, mandated by the Fixing America’s Surface Transportation (FAST) Act, is to make recommendations on nationally consistent measures of port capacity and throughput and a process to collect timely and consistent data. The working group was established by BTS in a Feb. 23 Federal Register notice.

When Maersk subsidiary ADP Terminals (ADPT) launched APMT Maasvlakte 2, the world’s first fully automated container terminal in April, it did so against a background of months of acrimonious labor discussions between the International Longshore and Warehouse Union (ILWU) and West Coast ports in the U.S. That dispute eventually morphed into a hugely expensive, multi-month slowdown that left customers frantic to move cargo and analysts arguing about its impact on the overall economy.

A new program that expedites cargo by streamlining container moves is speeding up operations at the Port of Los Angeles. Launched February 25, the "Peel Off" Program has added a new operational model to the Port to clear the current backlog of containers and improve the flow of cargo going forward. "We have found an efficient way to get containers to their destination that is beginning to pay off," said Port of Los Angeles Executive Director Gene Seroka. “We’re acting on our pledge to our customers to harmonize the supply chain and make it work better.

The status of a dispute between shipping executives and union leaders for dock workers at 29 U.S. West Coast ports was unclear on Friday, with the Journal of Commerce, which earlier reported a deal may have been reached, saying conflicting reports had emerged on the status of the nine-month-old talks. "There is no deal as it stands right now," Journal of Commerce Chief Content Officer Peter Tirschwell told Reuters. "Pace of negotiations quickening as source close to the talks says no deal yet despite several others this AM saying a deal was in hand," the Journal reported in a tweet.

Work Suspended for Day at Port of Oakland

All marine terminal work was suspended for the day on Thursday at the port of Oakland, California, as the dockworkers union and shippers continued talks aimed at settling a labor dispute that has disrupted cargo traffic along the West Coast waterfront for months. Union and port officials said the local chapter of the International Longshore and Warehouse Union chose to hold its monthly so-called "stop work" membership meeting during the day on Thursday, rather than at night when such sessions have traditionally been held in the past.

LOS ANGELES, Feb 18 (Reuters) - Two U.S. Cabinet secretaries joined congressional leaders, three governors and a big-city mayor on Wednesday in pushing shipping lines and the dockworkers' union to settle a contract dispute that has led to months of turmoil and cargo backups at 29 West Coast ports. Labor Secretary Tom Perez and Commerce Secretary Penny Pritzker weighed in as emissaries of President Barack Obama, who has come under rising political pressure to intervene in a conflict that has reverberated through the trans-Pacific commercial supply chain and could…

U.S. Labor Secretary Tom Perez on Tuesday urged shipping company executives and union leaders for 20,000 dockworkers to settle a contract dispute that has led to months of clogged cargo traffic and other disruptions at 29 West Coast ports. Perez was sent to join the talks in San Francisco by President Barack Obama, who has come under mounting pressure to intervene in the labor conflict that has rippled through the commercial supply chain across the Pacific and by some estimates could ultimately cost the U.S. economy billions of dollars.

A partial shutdown of 29 U.S. West Coast ports stretched into a third day on Monday ahead of the U.S. labor secretary's scheduled arrival in San Francisco to try to broker a settlement ending months of disruptions on the cargo-clogged docks. President Barack Obama, under pressure to weigh in on a labor dispute that has rippled through the U.S. commercial supply chain and beyond, said on Saturday he would dispatch Labor Secretary Tom Perez to meet with the two sides in the conflict.