Top Maritime Trends 2020: Owners and Operators can Do the Right Thing for Seafarers

Due to a confluence of factors, COVID-19 has adversely impacted merchant mariners more than virtually any other profession. The merchant marine is an international profession from a wide variety of countries, so there is no one nation standing up to represent them.The ships on which they sail are registered in numerous nations, heavily weighted toward small countries with limited influence on the world stage. The ports at which the vessels call tend to be more concerned about the health of the local community than the welfare of seafarers…

As the coronavirus pandemic reaches deep into Brazil’s Amazon, a ceaseless stream of trucks carry soybeans and construction workers to an expanding port complex in the heart of the forest.Indigenous activists have opposed the Itaituba port in Pará state for nearly a decade, even before shipments began there in 2014.But now the pandemic and expansion works are fueling new fears about the port’s impact on traditional communities and the biodiversity riches of the Tapajós river.“There’s a flow of workers all the time. Nothing’s changed. 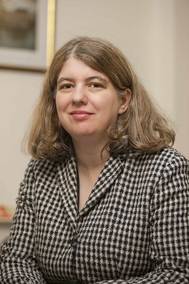 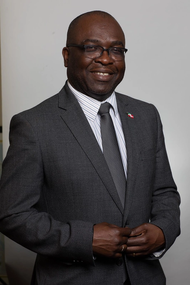 Democrats in the U.S. House of Representatives gave a cool reception to the replacement for the North American Free Trade Agreement on Wednesday as the top U.S. trade negotiator opened a campaign to win broad support for the accord in Congress.Several Democrats said a closed-door meeting between United States Trade Representative Robert Lighthizer and their caucus failed to ease their concerns about the new U.S.-Mexico-Canada Agreement's (USMCA) provisions on labor, biologic drugs and some other issues.A USTR spokeswoman declined to comment on the meeting.The support of Democrats…

The social partners, namely the International Transport Workers’ Federation (ITF) and the International Chamber of Shipping (ICS), convened in Geneva at the Joint Maritime Commission (JMC) subcommittee on seafarers wages to review the International Labor Organization (ILO) Minimum Wage for an Able Seafarer (AB) provided for in Code B of the Maritime Labor Convention, 2006 (as amended).The decision, following two days of negotiations, was to update the minimum wage for an able seafarer by $27 over the next three years. 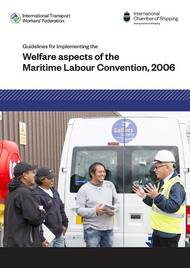 The ITF has welcomed the positive outcome of the third meeting of the Special Tripartite Committee of the ILO (International Labor Organization) in Geneva. The STC has agreed on a new amendment to the Maritime Labor Convention (MLC) 2006 and will now be submitted to the next session of the International Labor Conference for adoption.The amendment, when it enters into force, will address a potential contractual gap for those seafarers who unfortunately fall victim and are held…

The International Seafarers’ Welfare and Assistance Network (ISWAN) revealed the 2018 winners of its International Seafarers’ Welfare Awards at a ceremony in Geneva.The awards honor those who have offered exceptional levels of welfare services and facilities to seafarers. The International Labor Organization (ILO) hosted the ceremony, which took place after the third meeting of the Special Tripartite Committee of the MLC, 2006.The evening began with a video message from the ILO Director-General, Guy Ryder. 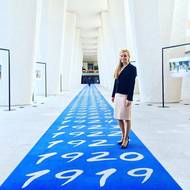 The International Marine Contractors Association (IMCA) actively participated, on behalf of the Maritime Employers’ Group, in the International Labor Organization (ILO) working group of the Special Tripartite Committee (STC), established under the Maritime Labor Convention – the international treaty covering minimum working and living standards for seafarers. The working group’s meeting took place in Geneva, Switzerland, from April 3-5, 2017. It brought together more than 150 representatives from governments…

ILO Minimum Wage for Seafarers to Stay at $614

The recommended International Labor Organization (ILO) Minimum Wage for Able Seafarers will remain at its current level of $ 614 basic pay per month until at least 2018. This follows an ILO Joint Maritime Commission (JMC) meeting held in Geneva last week, comprising representatives of maritime employers co-ordinated by the International Chamber of Shipping (ICS) and seafarers’ unions co-ordinated by the International Transport Workers’ Federation (ITF). ICS, in its role as an official ILO social partner… 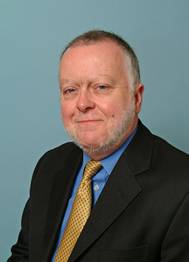 The International Chamber of Shipping (ICS), as the Secretariat for the Shipowner Group at the International Labor Organization, coordinated employers’ representatives from more than 20 national shipowners’ associations at the second meeting of the Special Tripartite Committee (STC) for the Maritime Labor Convention, 2006, held in Geneva from February 8-10, 2016. The Special Tripartite Committee was established to keep the working of the MLC under continuous review and to consider proposals for amendments to the MLC where there is a compelling need to consider specific issues.

Global oil sector has cut 200,000 jobs in downturn. Renewables are powering a rare bright spot in the energy industry, with record job hiring in solar, wind and hydro partly offsetting the biggest round of job losses in the oil and gas sector in almost two decades. The boom in new green jobs is being led by Asia where governments in countries such as China and India are embarking on massive programmes to use more renewable energy. The fresh opportunities come as the oil sector is suffering its worst downturn since the late 1990s…

An Indonesian flagged general cargo ship has been banned from entering or using any port in Australia for three months. The vessel Noah Satu (IMO9313620) has been issued with a direction not to enter or use any port in Australia for three months after being detained by the Australian Maritime Safety Authority (AMSA) four times since August 2013. The ban will remain in place until December 16, 2015. The most recent detention was on September 14, 2015 at Port Alma, Queensland. Noah Satu is owned by PT Anugerah Samudra Indomakur and operated by PT Adnyana, both based in Indonesia. 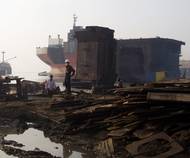 An agreement between the International Maritime Organization (IMO) and the Government of the People’s Republic of Bangladesh has been signed for the parties to collaboratively improve safety and environmental standards in the country’s ship-recycling industry. A Memorandum of Understanding formalizing the cooperation between the two was signed by Nicolaos Charalambous, Director, Technical Cooperation Division, IMO and Md. Ashadul Islam, Additional Secretary, Economic Relations Division of the Ministry of Finance of the Government of Bangladesh, on April 10, 2014. 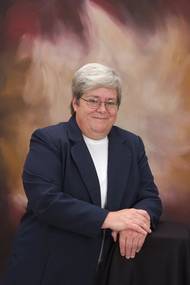 Kathy J. Metcalf will assume the role of president and CEO of the Chamber of Shipping of America (CSA), succeeding Joseph J. Cox, who will retire on May 31, 2015, though will continue to assist the organization on various issues in an advisory capacity. Captain Bruce Fernie, chairman of the CSA board, said“[Metcalf] has been with CSA for 17+ years and brings a solid background of seagoing service and shore responsibilities with shipping companies that will continue to serve us well.” Metcalf is currently CSA’s director of marine affairs. 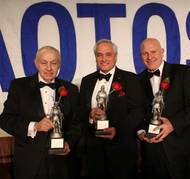 Agreement was reached between shipowners, governments, seafarers, NGOs and other organizations meeting at the special Tripartite Committee of the Maritime Labor Convention (MLC) at the International Labor Organization (ILO) headquarters in Geneva this month. At the meeting, all parties were willing to see abandonment provisions included in the Convention. Draft amendments were duly finalized and accepted almost unanimously. Thomas Brown, managing director of Seacurus, said, “This is a decision which should be welcomed by all parties in the maritime industry.

The International Maritime Organization (IMO) and the Government of the People’s Republic of Bangladesh have signed a landmark agreement to work together to improve safety and environmental standards in the country’s ship-recycling industry. A Memorandum of Understanding formalizing the cooperation between the two was signed by Nicolaos Charalambous, Director, Technical Cooperation Division, IMO and Md. Ashadul Islam, Additional Secretary, Economic Relations Division of the Ministry of Finance of the Government of Bangladesh, on April 10 2014.

Maritime Employer representatives, coordinated by the International Shipping Federation (ISF), met with International Transport Workers’ Federation (ITF) counterparts this week at the International Labor Organization to review the ILO recommended minimum wage for the Able Seafarer. It was agreed that from January 1, 2015, the ILO minimum monthly basic wage for an AB is increased to $592 (USD) and from January 1, 2016, the basic wage is increased to $614. ISF spokesperson Arthur Bowring led the Shipowner Group in the discussions held on February 26 and 27, 2014 in Geneva.