The 2019 Alexander Dalrymple Award has been presented to Vice Admiral Vinay Badhwar, National Hydrographer to the Government of India, in recognition of his outstanding contribution to Indian hydrography and across the wider Indian Ocean region.The Alexander Dalrymple Award was first awarded by the UKHO in 2006 and is named after the first Hydrographer of the Admiralty. Recipients of the award are selected by the Executive Committee of the UK Hydrographic Office (UKHO) for their efforts in raising the standards of hydrography…

Almost three-quarters of cargo ships over 20,000 gross tonnage (GT) are already compliant with the SOLAS-mandated Electronic Chart Display and Information System (ECDIS) deadline of July 1, 2017, according to the latest figures published by the United Kingdom Hydrographic Office (UKHO). The UKHO estimates that a further 3,828 cargo ships over 20,000 GT are yet to make the transition to using an ENC (Electronic Navigational Chart) service and therefore do not yet meet SOLAS (Safety of Life at Sea) regulations on ECDIS carriage. 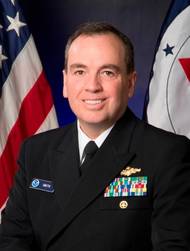 Press Release - The United Kingdom Hydrographic Office (UKHO) will host ECDIS seminars at INMEX SMM Conference and Exhibition in Mumbai, India. The UKHO’s ‘Living with ECDIS’ Seminars will be held on each of the three days of INMEX SMM, are free to attend and have been updated to include guidance for delegates on the latest IHO ECDIS Standards and how this affects the ECDIS user-experience. Each seminar will cover the day-to-day requirements for shipping companies, following their implementation of ECDIS… 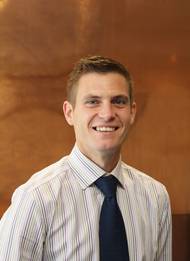 IHO announces new ECDIS Standards; 12 months to complete transition. Following the announcement of updated ECDIS Standards by the International Hydrographic Organization (IHO), the UKHO is encouraging all shipowners to speak to their ECDIS manufacturers to ensure a smooth, timely transition. The technical standards that govern the display of Electronic Navigational Charts (ENCs) within an ECDIS are the responsibility of the International Hydrographic Organization (IHO), the international body that coordinates the activities of the community of national hydrographic offices.

The United Kingdom Hydrographic Office (UKHO) has announced the details of its free-to-attend ECDIS Seminars at Nor-Shipping, which have been updated to include the implications for shipowners and operators of the updated IHO ENC (Electronic Nautical Charts) Standards. The UKHO’s ‘Living with ECDIS’ Seminars will take place on Wednesday, June 3 and Thursday, June 4 at Nor-Shipping and will be presented by Captain Paul Hailwood, a renowned expert on ECDIS and integrated bridge operations, and Tom Mellor.

Rolta India Ltd wins contract for establishing "National NAVTEX Network" from a subordinate office under the Ministry of Shipping, Road Transport & Highways, Government of India, that provides general aids to navigation along the Indian coast. NAVTEX is an international automated medium frequency service for delivery of navigational and meteorological warnings and forecasts, as well as urgent marine safety information to ships. NAVTEX is a component of the International Maritime Organization / International Hydrographic Organization…

NOAA highlight new US Chart 1, new chart of California waters with IMO TSS shown, and a beta mobile chart app for boaters. New U.S. For the 65 years since the U.S. Coast and Geodetic Survey issued the first edition of U.S. Chart No.1 in 1948, mariners have had a standard guide for understanding the symbols, abbreviations and terms used on paper nautical charts. In a major step forward, a new edition of that guide also describes the symbols specified by the International Hydrographic… 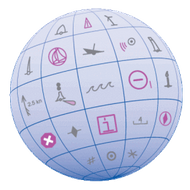 US Chart No. 1 Goes Electronic

U.S. Coast and Geodetic Survey Chart No.1 has described the symbols used on paper nautical charts for 65 years. Mariners have had a standard guide for understanding the symbols, abbreviations and terms used on paper nautical charts since 1948. In a major step forward, a new edition of that guide also describes the symbols specified by the International Hydrographic Organization for the display of electronic navigational charts (ENC) on Electronic Chart Display and Information Systems (ECDIS). Several maritime nations produce their own versions of Chart 1. The U.S. Chart No.

To comply with internationally agreed practices, Canada & the U.S. are eliminating overlapping coverage of electronic navigational charts (ENCs). New changes will soon take effect in the Great Lakes. Under the new ENC coverage scheme, each country is changing their areas of coverage so that only one country’s ENC is available for any given area at a particular scale. These changes come into effect 0000 Coordinated Universal Time (UTC), on 22 February, 2013. The U.S. and Canada…

IMO takes steps to ensure ECDIS manufacturers publish information about software updates for older systems. The manufacturers of ECDIS (Electronic Chart Display and Information Systems) equipment are to publish information on the latest versions of the software used to operate their equipment, in order to help clarify certain anomalies that had been identified with some older systems. This was the principal outcome of a meeting hosted by the IMO Secretariat earlier this week (11 September 2012) to discuss ways to address the matter.

'Marine Electronic Highway' (MEH) IT systems handed over to Indonesia as project comes closer to fruition. The Straits of Malacca and Singapore, situated between Sumatra and the Malay peninsula, are approximately 1,000 kilometres long, 300 kilometres wide at their north-west entrance, and just 12 kilometres wide at their south-east entrance, between Singapore and Indonesia’s Riau Archipelago. The Straits are shallow, with narrow channels, irregular tides and shifting bottom topography, and hence are hazardous to navigation for large ships, but are a preferred route for them. 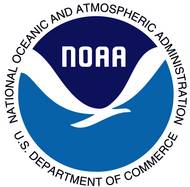 U.S. Chart No.1, Nautical Chart Symbols, Abbreviations and Terms, is an essential aid for new chart users and a useful reference for all mariners. The latest version, Edition 11, is now available for free download from the web. The new edition updates the descriptions and depictions of the basic nautical chart elements and symbols used on nautical charts produced by the National Oceanic and Atmospheric Administration (NOAA) and the National Geospatial-Intelligence Agency (NGA).

Make no mistake about it: the Arctic is open for business. The cumulative environmental footprint of oil exploration outfits, merchant shipping, mining, eco-tourism and the cruise ship trades is thus far minor, but the potential for an exponential increase in commerce – especially if the climate trends now affecting the region continue – is seemingly limitless. For the maritime industry, the down side to this is as big as the most promising business opportunity to come along in decades.