The Managing Director of Nigerian Ports Authority, Hadiza Bala Usman, has called on terminal operators, shipping companies, port managers and allied stakeholders to do all they could to eradicate or at best mitigate the effects of the present congestion at the nation’s seaports.According to the Managing Director, the issue of ports congestion should be of concern to all and therefore they should look into the issue of evacuation of empty containers, increase in free days of storage… 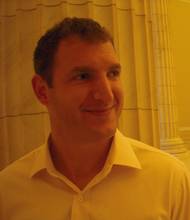 The Port of Pittsburgh Commission (PPC) announced today that Mr. Stephen Martinko will be the Commission's new executive director. Since January, 2013, Martinko has been the deputy staff director of the U.S. House of Representatives Transportation and Infrastructure Committee and previously served as chief of staff for U.S. Congressman Bill Shuster (R-PA). Martinko was instrumental in the development of the Water Resources and Reform Development Act (WRRDA) that was signed into law by President Obama earlier this year.

Port of Long Beach Uses Education to Boost its Competitiveness

The Port of Long Beach said it has not lost sight of the significance of professional development in supporting the Port‘s decade-long, $4 billion investment in upgrades and efficiency improvements. The port’s commitment to boosting its competitiveness in the long term extends beyond rebuilding and replacing outdated facilities and infrastructure, to ensuring its human resources are prepared to help build the port of the future. “Having a full understanding of all the operations… 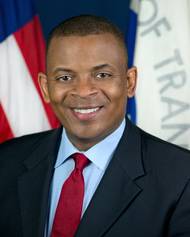 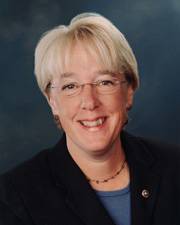 U.S. Senators Patty Murray and Maria Cantwell introduced today The Maritime Goods Movement Act for the 21st Century, new legislation that would support the American trade economy and significantly strengthen American ports. The legislation would replace the outdated Harbor Maintenance Tax (HMT), which is designed to fund the operation and maintenance of American ports, but currently incentivizes shippers to bypass American ports and move U.S. bound goods through Canada and Mexico instead.

The CPE Certified Port Executive Program welcomed four new graduates at the completion of their program in Ottawa September 21, 2012. The new graduates join alumni of over 100 port, transportation and military personnel who have participated in the program since its creation in 2010. This port management program is a five day course designed to provide participants with a professional education opportunity related to the operations of ports, vessels, marine terminals and the related transportation system.

Capt. Jeffrey Monroe, MM, Chairman of the United States Department of Homeland Security Secretary’s National Maritime Security Advisory Committee, and former Chairman of the US Coast Guard’s National Maritime Safety Advisory Council, completed the first seminar for US port executives at the Philadelphia Maritime Exchange in Pennsylvania. This was the first program offered in the US by Canadian interests. Capt. Monroe, a licensed master mariner with a Master’s Degree in Transportation management…