Brisbane-based shipbuilders Aluminium Boats Australia Pty Ltd has been placed into voluntary administration after a shipyard fire in August has set the company toward financial instability. The fire, which occurred at the company’s Hemmant dockyard 11 weeks ago, started on board a Royal Australian Navy patrol boat undergoing maintenance at the yard, and subsequently destroyed the vessel. Though an investigation into the cause of the fire is continuing, and an insurance claim has been lodged, the builder said the incident has made voluntary administration necessary. 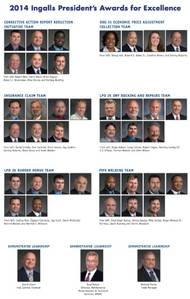 Huntington Ingalls Industries' Ingalls Shipbuilding division has honored six teams and three individuals with "President's Awards for Excellence" for their outstanding and innovative work on shipbuilding projects. "We build some of the most complex, technologically advanced products in the world," said Ingalls Shipbuilding President Irwin F. Edenzon. "We need men and women who are innovative and engaged in their work. Each year, Ingalls presents the President's Award for Excellence to shipbuilders for their outstanding contributions in the areas of innovation and technology… 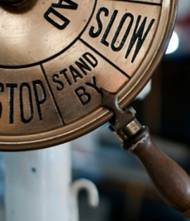 Slow-Steaming Through a Legal & Insurance Minefield

What’s the problem? On one side the owner has an obligation to follow the charterer’s slow-steaming instructions under the charterparty yet on the other the owner has the usually implied obligation under the Bill of Lading to proceed with due dispatch. Due dispatch means the most direct route at the fastest speed. There is legal authority that an unreasonable delay is a deviation. A deviation in this respect is a departure from the contractually agreed voyage that deprives the carrier of the defences and rights of limitation that are usually available under The Hague or Hague Visby Rules.

Get Ahead of Disaster with Careful Preparation

In a year where globally we are seeing more natural disasters, including earthquakes in New Zealand and Chile, floods in Australia, and a tsunami in Japan, an important question for businesses relying on goods and services from suppliers in countries across the world arises:  how do we prepare ourselves and our businesses for the next potential catastrophe? The events of this year serve as a reminder that a business can face the unexpected at any time, whether it is a widespread disaster that affects thousands of people or a single local incident that makes normal operations impossible.