SATCOM SOLUTIONS: Cruising in the Cloud

Turning a necessary cost center into a revenue stream is the new normal for savvy and successful cruise operators.As the flourishing expedition cruise market takes passengers on innovative itineraries to remote and untouched destinations, these well heeled guests want something else at the same time: a 24/7 quality internet connection. If Marlink gets its way, that sort of communications service will soon be the rule, and not the exception.In April, Marlink revealed that the expedition…

Hapag-Lloyd: Crocodiles on Board

Beginning immediately, two 20-foot containers with colorful graffiti are part of Hapag-Lloyd’s fleet. On them can be seen crocodiles, jungle vegetation and ice hockey players painted in graffiti style. With these unusual containers, Hapag-Lloyd is strengthening its partnership with Crocodiles Hamburg, the city’s professional ice hockey club. The containers will be integrated into the normal operations of the world’s fifth-largest liner shipping company, and their first voyage will take them to Colombia.

Cruise Sector on Track for Growth in 2018 -CLIA

The cruise industry is expected to stay on course for further growth in 2018, according to the latest State of the Cruise Industry Outlook report from trade association Cruise Lines International Association (CLIA). “It is without question that the cruise industry continues on a growth trajectory, gaining in consumer interest and creating a positive impact on the global economy,” said Cindy D’Aoust, president and CEO, CLIA. CLIA said current data shows cruise travel is steadily on the rise with a projected 27.2 million passengers expected to set sail in 2018.

International Maritime Organization (IMO is gearing up for its annual campaign to mark the Day of the Seafarer, an official United Nations observance day held each year on 25th June. The purpose of the Day is to celebrate the unsung heroes of shipping, the industry which underpins global trade on which we all rely to transport food, fuel, commodities, raw materials and goods around the world. As in previous years, the campaign is centred on social media. This year, the theme being used across all platforms is: "At Sea for All".

#MyCoastGuardStory: Collecting Stories from the Ranks

The National Coast Guard Museum Association, Inc. has launched a new social media initiative designed to collect and share personal stories of heroism and honor dedicated to the United States Coast Guard. The campaign gets underway as excitement builds for the release of the Disney Motion Picture, The Finest Hours, which hits movie theaters across the country on January 29, 2016. The #mycoastguardstory initiative is gathering stories from current Coast Guard men and women, veterans… 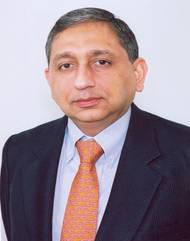 Capt Pradeep Chawla, Managing Director QHSE & Training, Anglo-Eastern Ship Management Ltd., Presented a paper at the Nautical Institute Hong Kong Branch Seminar – “Competencies of a Future Mariner” on 23 October 2015. This paper discusses the changes that are taking place in the maritime industry and their effects on the daily life of the seafarers. It further discusses the human factor competencies that will be essential for the future mariner. The last two decades have been extremely fast paced with respect to technology influencing every walk of life.

The advent of broadband at sea continues to expand, as German cruis brand AIDA introduces a flat-fee for social media networks onboard its ships. AIDA Cruises is introducing an Internet flat fee for social media networks on board its ships. For 4 euros per day, or 19 euros per week, passengers will be able to share their experiences on board with friends in popular social networks, such as Facebook, Twitter, Instagram or WhatsApp. “The use of mobile devices is continuously growing.