Maersk has reported an active fire in a cargo hold on its liner vessel Maersk Honam en route from Singapore toward Suez around 900 nautical miles southeast of Salalah, Oman. After firefighting efforts were unsuccessful, the crew sent out a distress signal and a total of 23 crew members were evacuated to the nearby vessel ALS Ceres, which arrived at the scene around 18:30 GMT. Four crew members remain missing. The fire on board the Maersk Honam continues and the situation of the vessel is very critical, Maersk said. The cause of the fire is currently unknown.

A total of seven incidents of piracy and armed robbery against ships were reported in Asia - five actual incidents and two attempted incidents - in January 2018, compared to 16 incidents reported in December 2017, according to regional piracy watchdog ReCAAP ISC. Out of the seven reported, five were actual and two were attempted incidents. One of these was a piracy incident and six were armed robberies against ships. Five incidents occurred on board ships while at anchor/berth…

Port authorities in Chennai have impounded a BW LPG vessel and a local ship carrying heavy fuel oil, and detained their crews, a spokesman for the port said on Friday, after their collision last week caused an oil spill affecting marine life and local fishing. About 20 tonnes of heavy fuel oil leaked and a complete clean-up is expected to take eight to 10 days, according to an Indian coast guard spokesman. BW Maple, with a total capacity of 82,000 cubic metres of liquefied petroleum gas, was half full when it collided near Chennai with the Indian ship Dawn Kanchipuram on Saturday.

On receiving the distress call motor tanker  MV Infinity I around 20 nautical miles from Goa on Wednesday evening, the Indian Coast Guard (ICG) salvaged the vessel, its cargo and rescued 14 crew by dispatching ships from Goa. MV Infinity I reported water ingress and continuous listing (nautical term for tilting) to starboard (right side of the ship). The vessel had reported that the list is increasing despite ship's de-watering efforts. Such emergencies can lead to the sinking of the ship.

ICS, East India Branch conducted conference on Legal matters pertaining to Maritime Sector prior to joining hands with M/s Hinode Events a Knowledge Partner to serialise this an Annual Conference on Legal Maritime Legal matters. The Branch takes pride to state that "The Ministry of Shipping" &  "The Directorate General of Shipping" have taken the view of the Branch in several legislative matters. Capt.K.G.Ramakrishnan,FICS, Past  Chairman acted as the Convenor for this Conference. Capt.

Sri Lanka's Minister of State for Defence Ruwan Wijewardene  visited the Goa Shipyard Limited (GSL) at the Vasco town, located around 40 kms from Panaji in India and inspected Sri Lankan ships under construction, the Press Trust of India reported. He inspected the progress of the two Advanced Offshore Patrol Vessels (AOPV) being built for Sri Lanka Navy at Goa Shipyards. Wijewardene held discussion with GSL Chairman and Managing Rear Admiral Shekhar Mital  along with the shipyard officials on the progress of the ship building process.

HINODE Maritime Events is conducting the "Conference on Handling Marine Claims and Investigating Marine Casualties". According to the organisers, the program which is scheduled to be held on Wednesday, September 2, 2015 at the Vivanta by Taj - President, Cuffe Parade, Mumbai has received an unusually very good response. There is exceptionally good interest being shown by Marine Claims practitioners, lawyers, insurers, surveyors. * "Cargo Claims and Defences available to Shipowners" by Capt Amol Deshmukh, Head - Marine Claims & Insurance, Celestial Meridian Shipping Pvt.

Cochin Shipyard launched the seventeenth in a series of tweny Fast Patrol Vessels (BY 517) being built for Indian Coast Guard, the shipbuilding company said in a press release. The vessel named 'ICGS ARUSH' was launched by Jyothi Devanand, wife of DIG G Devanand, Coast Guard Refit and Production Superintendent, Kochi in a simple ceremony at Cochin Shipyard. Chairman and Managing Director of CSL Cmde K Subramaniam, DIG M V Pathak, Commander District IV and other senior officials of CSL and ICG were present on the occasion. 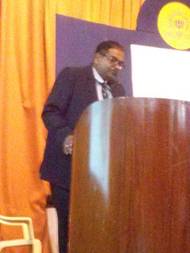 The growing popularity of “Maritime Potpourri” Conference organized by the Company of Master Mariners of India (CMMI) was evident yet again on 25th July, 2015 when a bigger turnout of participants ensued at the well-known venue, the Maritime Training Institute Auditorium of the Shipping Corporation of India, Mumbai. One major reason being that vital and pertinent issues are focused at these events, issues that have a strong bearing on the day-to-day operations of mariners. Another being that this conference brings together not just the mariners…

The search for the missing Dornier aircraft of Indian Coast Guard and its three crew members is being augmented with underwater search by naval submarine, reports All India Radio. After six days of efforts to trace the missing Coast Guard Dornier aircraft, all eyes are now on the Navy submarine that started the undersea search operation for the plane. There were reports that wreckage of the Dornier aircraft was found but Coast Guard Eastern region Inspector General Commander S P Sharma later denied the reports. “We are awaiting communication from the submarine.

The International Organization of Masters, Mates & Pilots (MM&P), says 35 U.S. anti-piracy ship crew members are being treated unfairly, following the arrrest of their ship, 'Seaman Guard Ohio', describing it as 'an outrage' that they are being subjected to inhumane conditions in an Indian prison. MM&P inform that officials are withholding proper medical treatment, bathing facilities and adequate food and, additionally, the courts have denied bail three times since the men were arrested four months ago on charges of illegally carrying weapons and straying into domestic waters. 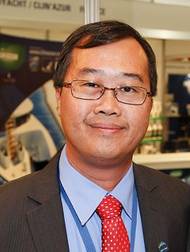 Ship Blaze Under Control off Mumbai

A major fire aboard the Colombo-bound merchant vessel 'Amsterdam Bridge' off Mumbai coast reportedly contained & cooling operations underway. Indian Coast Guard officials said, "The flames have been contained but not extinguished. The ship, carrying hazardous cargo, caught fire near the Prongs Reef Lighthouse in South Mumbai, reports the Hindustan Times. Coast Guard officials said that they have not witnessed any oil spill so far even though the ship fuel tank contained 2,600 tonnes of heavy fuel.

Rolls-Royce, the global power systems company, has won a contract from India’s Cochin Shipyard to supply 60 water jets for a new fleet of 20 Fast Patrol Vessels for the Indian Coast Guard. The contract will involve the supply of Rolls-Royce Kamewa 71S3np water jets (three per vessel), and associated equipment including a joystick control system which will enhance the manoeuvring capabilities of the vessels. The 50 metre long vessels, which are currently under construction, will reach speeds of 33 knots and will operate in Indian coastal waters and around island territories.