What Next for BWM Regulation?

Protecting marine ecosystems from potentially harmful invasive aquatic species transported in ships’ ballast water is an important part of International Maritime Organization (IMO)'s work to protect the marine environment. The treaty supporting this is the Ballast Water Management (BWM) Convention, which requires ships in international traffic to manage their ballast water and sediments to a certain standard, according to a ship-specific ballast water management plan. But for regulation to be effective, it needs to be clearly understood by all stakeholders involved. 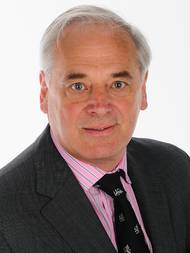 IBIA’s Chief Executive Hall to RetirCaptain Peter Hall, Chief Executive of the International Bunker Industry Association (IBIA) will retire after three years in the role. The announcement follows Hall’s coordination of one of IBIA’s best annual conventions ever. More than 150 people from more than 20 countries attended the conference held in Gibraltar last week for the first bunker conference after the decision by the International Maritime Organization (IMO) to introduce the global 0.50 percent marine fuel sulphur cap in 2020.

Liberia is leading a move to amend the Ballast Water Management Convention (BWMC) which will allow certain ships additional time beyond 2020 in order to ensure that adequate new ballast water management (BWM) systems are commercially available, along with the necessary dockyard space for installation. Following representations made by Liberia at last week’s meeting of IMO’s Marine Environment Protection Committee (MEPC70) in London, David Pascoe, Senior Vice-President, Operations & Standards at LISCR…

Finland has acceded to the International Convention for the Control and Management of Ships' Ballast Water and Sediments (BWM Convention), triggering the 2017 entry into force of an international environmental protection measure that aims to stop the spread of potentially invasive aquatic species in ships’ ballast water, the International Maritime Organization (IMO) said. Päivi Luostarinen, Ambassador Extraordinary and Plenipotentiary, Permanent Representative of Finland to IMO…

Ahead of the International Maritime Organization’s (IMO) decision on the timing of the global 0.5 percent sulphur cap for marine fuels, the International Bunker Industry Association (IBIA) is advising its members on the potential impact of the shift. IBIA, whose members include marine fuel buyers, suppliers and traders, is concerned that global refining and shipping will struggle to cope, and has outlined a series of options that it believes could facilitate a smoother transition to a lower sulphur cap.

BIMCO has shared the two critical issues at the top of its own priority list ahead of the IMO’s Marine Environment Protection Committee (MEPC) meeting next week. These are: (1) approving a mandatory data collection system for fuel used on ships in international trade and (2) tangible progress on the revision of the G8 guidelines for approval of ballast water management systems – to address the concerns that surround IMO’s Ballast Water Convention coming into force in the near future.

EU Transport and Environment Ministers meet April 14-15 in Amsterdam for an informal joint Council meeting under the Dutch EU Presidency. The agenda features a discussion on how Member States could make a positive and constructive contribution to achieve an international framework of CO2 reduction commitments. The informal Council meeting is held ahead of the 69th session of the IMO’s Marine Environment Protection Committee (MEPC) session, which takes place next week in London.

The International Maritime Organization (IMO) has welcomed the historic achievement of the 2015 Paris Climate Change conference (COP21). IMO has contributed, and will continue to contribute, to global GHG reduction goals. IMO and its Member States recognise the important need for international shipping, which accounts for 2.2% of CO2 anthropogenic emissions, to support global efforts to mitigate the impact of climate change. IMO Secretary-General Koji Sekimizu said, “The Paris Agreement represents remarkable progress and builds on the 1992 Rio Earth Summit…

The Marine Environment Protection Committee (MEPC) of the International Maritime Organization (IMO) meets for its 68th session from May 11-15, 2015, at IMO Headquarters in London. Items on the agenda include the proposed adoption of the environmental part of the Polar Code and associated draft MARPOL amendments to make the Code mandatory; the implementation of the Ballast Water Management Convention; further work on air pollution and energy efficiency measures; and a proposal to extend the Great Barrier Reef and Torres Strait Particularly Sensitive Sea Area (PSSA) to parts of the Coral Sea.

The Republic of the Marshall Islands (Marshall Islands) Monday issued an emailed press release calling for the International Maritime Organization (IMO) to set a new global target to reduce greenhouse gas emissions from the international shipping industry. The tiny South Pacific nation is the world's third biggest shipping registry, but is increasingly threatened by rising sea levels linked to climate change. Now the Islands is using its position as the world's third largest shipping… 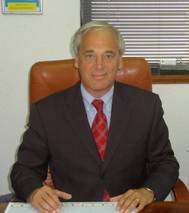 The International Bunker Industry Association (IBIA) supports the UK government’s call for the International Maritime Organization (IMO) to bring forward its review of the availability of 0.50% sulphur fuel. As more and more locations declare ECA requirements, the latest being Hong Kong this week, the greater the demand for low sulphur fuel. The shipping industry needs some definitive dates to plan implementations on board; the same information is required for the refining industry and the bunker sector.

Governments and industry representatives met in London during the current London International Shipping Week to discuss the future availability of low-sulphur fuel which will be needed for ships to burn in order to comply with planned anti-air pollution legislation. The sulphur limit for fuel used in seas other than specially designated emission control areas, which have stricter limits, is currently 3.50%, and will be reduced to 0.50% from 1 January 2020 – subject to a review of the availability of 0.50% sulphur fuel.

The IMO's Marine Environment Protection Committee (MEPC) meets for its 65th session from 13 to 17 May 2013, at IMO HQ in London. Items on a busy agenda include the implementation of energy-efficiency regulations and the ballast water management and ship-recycling treaties. The MEPC is expected to continue its work on further developing technical and operational measures relating to energy-efficiency measures for ships, following the entry into force, on   January 2013, of the new chapter 4 of MARPOL Annex VI… 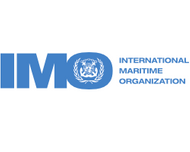 Steady progress was made in considering the development of suitable market-based measures (MBMs) for international shipping, at the third intersessional meeting of IMO’s Working Group on Greenhouse Gas Emissions (GHG) from Ships, held at IMO’s London Headquarters, from 28 March to 1 April 2011. The GHG Working Group will report its conclusions to IMO’s Marine Environment Protection Committee (MEPC), when it meets for its 62nd session from 11 to 15 July 2011. The Working Group…

IMO Secretary-General Efthimios E. Mitropoulos has reminded delegates at the United Nations Climate Change Conference in Copenhagen (COP 15) of the importance of regulating the shipping industry through a competent, international body that can establish the appropriate global standards. Addressing two events in the context of the Conference, Mitropoulos stressed that international shipping requires global regulations if it is to function as the principal vehicle for the movement of global trade.