OceanRail Logistics, part of the Cosco Shipping Group, acquired 60% of the Greek railway company Piraeus Europe Asia Rail Logistics (PEARL) as part of its plan to develop its intermodal transport services network.OceanRail specializes in sea-rail intermodal transport with the Piraeus Port as the hub and related logistics business, while PEARL is a Greece-based company engaged in railway operations.The China-Europe Land-Sea Express Line, which starts from the Piraeus Port in Greece and expands to the hinterland of Central and Eastern Europe…

Rail freight operator Metrans received the first Vectron multi-system locomotive at its container terminal in Prague.The vehicle is part of an order of ten multi-system locomotives. They are being manufactured in the Siemens Mobility factory in Munich-Allach and will be delivered in full by spring 2020.Metrans will deploy the new Vectron locomotives in transnational freight traffic across Central and Eastern Europe.“We are very happy to have received the first of ten Vectron locomotives from Siemens Mobility at our location in Prague.

Gdansk Ports Aims to be Gateway to Baltic

Europe’s fastest growing port, the Port of Gdansk, has outlined huge expansion plans designed to double its cargo volumes to 100m tonnes a year, during a high-level maritime and business delegation from Poland to Singapore.The delegation marks 50-years of diplomatic ties between the countries and is being organized with PSA International, the Singapore based global ports group. In May this year PSA International formally acquired DCT Gdansk, the largest container terminal in Poland…

Traffic flows between the Belgian port of Antwerp and the hinterland market in Hungary and Austria are increasing continuously. In order to meet the growing demand, the Antwerp Port Authority is promoting the expansion of hinterland connections, especially by rail.Two regular rail connections to Hungary have been established since 2015 and rail services to Austria have been expanded from one to currently three.At a port event held near Vienna on 27 September, leading representatives…

Dan-Bunkering said it has hired three new Bunker Traders in its Dubai office.Benedek Nagy was born and raised in Hungary, however, at the age of 18 he moved to Denmark to study International Shipping and Trade as well as gain experience within the shipping industry.Fabio Rossetti grew up in Denmark and holds a graduate diploma in Managerial Economics and Innovation Management from Copenhagen Business School.Nemish Jose is of Indian descent. He is an MBA Port & Shipping Management graduate from Indian Maritime University and speaks English, Hindi, Malayalam, and Tamil.

Water levels on the Danube dropped to record lows on three sections of the river in Hungary on Wednesday due to a recent drought, hindering passenger cruise ships and causing losses to freight shipping companies.In Budapest the Danube receded to 0.61 metres, just above the record low of 0.51 meters recorded in 2003, the National Water Authority said in a statement.Tourists and locals flocked to the bottom of the pillars of the historic Margaret bridge to capture a unique view of the Hungarian capital city from the riverbed…

Europe to Build Ships of the Future

A new European research project seeks to revolutionize the shipbuilding sector by replacing steel with composite materials for the construction of more efficient large length ships. FIBRESHIP is an ambitious project that will allow for the construction of light commercial vessels, passenger and leisure transport and oceanographic vessels more than 50 meters in length using fibre reinforced polymer (FRP) composite materials. It is one of the largest innovation projects funded by the EU with a budget of €11 million, of which €9 million is funded by the EU’s Horizon 2020 Programme.

The EU sponsored R&D project CORE (Consistently Optimized REsilient Secure Global Supply-Chains) began in 2014. Along the way, it analyzes the use of EGNOS and Galileo for the intermodal transport of dangerous goods, assessing its ability to deliver optimum safety, security and supply chain efficiencies. Every year, the transportation of dangerous goods amounts to approximately 150 billion tonne-km on European roads, railways and inland waterways. The safety and security of operations are common concerns and as such…

Serbia deployed three icebreakers on Tuesday to smash ice blocks jamming parts of the Danube river and prevent damage to bridges and ships moored along the waterway. Serbia's only icebreaker and two more vessels that arrived from neighbouring Hungary ploughed through the thick ice to free it up to move downstream. Dozens of smaller boats and floating homes have been damaged or destroyed over the past week along a stretch of the Danube in Belgrade as ice ripped through marinas and moorings.

River line Avalon Waterways has christened its newest Suite Ship class of river cruise vessels, the 166-passenger Avalon Passion, one week after the company launched another new Suite Ship, the 128-passenger Avalon Imagery II. Built at a shipyard in the Netherlands, Passion joins eight other Avalon vessels sailing at least part of the year on the Danube. The river cuts through more than half a dozen countries including Germany, Austria and Hungary. U.S. women's national soccer…

In 2015 around 295,000 TEU – 20-ft standard containers – were transported between the Port of Hamburg and intermodal terminals in Austria by environmentally-friendly rail. That represents a 9.3 percent gain, setting a new record for Hamburg’s seaport-hinterland services with Austria. The proportion of containers on this route transported by rail exceeds over 90 percent, making rail the leading mode of transport. “Austria is a model destination in efficient and environmentally friendly hinterland transport via the Port of Hamburg.

Two high-speed boats from Sweden have joined the sea rescue effort in the Eastern Aegean, and it was GAC that coordinated their delivery to Greece. The craft were sent by the not-for-profit NGO, the Swedish Sea Rescue Society (SSRS), in response to the growing humanitarian crisis that has seen thousands of refugees attempting to cross the sea to enter Europe through the islands of Eastern Greece. According to figures from the United Nations High Commission for Refugees, in July 2015 alone 50,000 new arrivals were reported, mainly to the islands of Lesvos, Chios, Kos, Samos and Leros.

GE to Move US Engine Plant to Canada

General Electric Co said on Monday it will move production of large, gas-powered engines to Canada from Waukesha, Wisconsin, along with 350 jobs, to access export financing no longer available in the United States. In its latest salvo aimed at persuading Congress to renew the U.S. Export-Import Bank's charter which expired in June, GE will invest $265 million in a new state-of-the-art manufacturing plant at a Canadian location yet to be determined. The facility, to open in about 20 months… 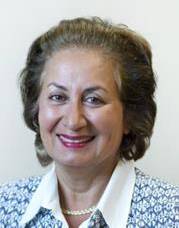 Gerard de Reuver has elected to step down as President of DSM Dyneema on August 1, 2015 after five years in the post, the company announced today. He will be succeeded by Golnar Motahari Pour, a German national with extensive global management experience. The transition will begin immediately, and be completed by the end of next month. As of August 1, 2015, Gerard will take on a new role in a corporate culture project, reporting to Dimitri de Vreeze, member of the DSM Managing Board. Gerard, a Dutch national, joined DSM in 2002 as Business Unit Director for Anti-Infectives.

The United States is willing to help Hungary and other European countries build energy infrastructure to reduce its dependence on Russian oil and gas, U.S. Chargé d'Affaires in Budapest André Goodfriend has told Nepszava newspaper. "Relying on Russian sources threatens energy independence," Goodfriend told Nepszava in an interview published on Saturday. Hungarian Prime Minister Viktor Orban has drawn criticism from Western governments for trying to secure supplies of energy and trade for Hungary by doing deals with Moscow.

Prysmian Group  is launching the Fourth edition of its international program to recruit 40 new graduates in Engineering and Economics, with the aim of helping develop the business's managers and professionals of the future. The new recruits will be mainly placed in the Research & Development, Manufacturing and Sales functions. Candidate identification, which started in the past few days and will last until the end of December 2014, involves a structured selection and assessment process both at local and Group level…

The UK P&I Club’s Pre-Employment Medical Examination Program has just completed its 300,000th examination. At the beginning of April, Edward Nefuda, a Second Engineer from Anglo-Eastern Crew Management Phils, Inc, was successfully passed fit at the Halcyon Clinic in the business district in Makati, Philippines. For the past 18 years, the PEME Program has provided crew with a first rate health check before going to sea while protecting ship owners from claims arising from medical conditions existing prior to employment.

Mitcham Industries' marine equipment manufacturing unit, Seamap, has signed a manufacturing agreement with a subsidiary of Petroleum Geo-Services (PGS). Over the past several months, Seamap and PGS have collaborated to develop PGS SourceLink, a customized and proprietary marine energy source controller based on Seamap's GunLink 4000 system. Under the terms of the arrangement, Seamap will manufacture and sell the PGS SourceLink systems to PGS, as requested. Guy Malden, Executive Vice President of Marine Systems of Mitcham Industries…

Schlumberger announced its contribution of five scholarships to the American Association of Petroleum Geologists’ (AAPG) Outstanding Student Chapter Awards. Two universities were selected as the 2013 chapter winners and four additional universities were awarded honorable mention student chapter scholarships. Colorado School of Mines in Golden, Colorado was the top award recipient among United States–based chapters, and the Universitas Indonesia in Jakarta was honored as the outstanding international chapter.