New ‘Eyes’ on the Prize

Tappan Zee Constructors ‘See’ Below Hudson River with Trimble Marine Construction Systems and Teledyne Marine Imaging.Since 1955, the Tappan Zee Bridge has been a critical thoroughfare for New Yorkers commuting between Rockland and Westchester Counties, located approximately 20 miles north of Manhattan and across the Hudson River from each other. However, a heavy increase in traffic and exponentially increasing maintenance costs ultimately lead to the decision to replace the historic bridge. The new Governor Mario M. 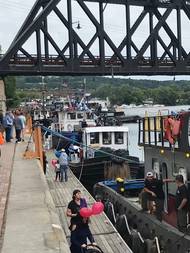 A modest event designed as a get-together for commercial workboat operators in upstate New York is now celebrating 20 years as a three-day community festival.On September 11, 1999, local resident John Callaghan had an idea to bring in some friends who ran tugs on the Hudson River and NYS Canal System for a quick one-day get together, right at the entrance to the famed Erie Canal. Callaghan, then a tug captain himself for the state canal system, brought in seven tugs and cooked several dozen hot dogs.

Port Manatee and Carver Maritime LLC have entered a long-term marine terminal operating agreement for a 10-acre aggregate offloading facility at the Florida Gulf Coast port.The agreement, for as many as 20 years including options, was approved Thursday by the Manatee County Port Authority and ensures property lease payments totaling $1.8 million for the initial five-year term, in addition to wharfage payments for annual cargo throughputs.Carver Laraway, president of Altamont,…

USS SLATER is scheduled to open to the public on Wednesday, April 4th. This year will mark the ship's 21st season in Albany. There have been tremendous changes to the ship since she first arrived. USS SLATER has become one of the best restored, most historically accurate World War II ships in the world. A National Historic Landmark, USS SLATER is the only remaining World War II Destroyer Escort afloat in America. Destroyer Escorts originally were conceived to battle Nazi U-Boats while escorting convoys across the Atlantic.

Coast Guard crews are enforcing a safety zone on the Hudson River around the Tappan Zee Bridge after a crane collapsed Tuesday afternoon. At approximately 12:15 p.m., Tuesday, Coast Guard Sector New York received a report of a partial crane collapse across the western end of the Tappan Zee Bridge, which has closed the roadway to traffic for an undetermined period of time. A crane operator was safely recovered from the water by a Westchester County Marine unit after the collapse.

Concordia Maritime entered into a settlement agreement regarding a dispute associated with Stena Primorsk’s grounding in the Hudson River in December 2012. According to the settlement agreement, Concordia Maritime will pay $9.25 million to the counterparty. In July 2013, the company owning the vessel received a claim regarding the damage the counterparty believes the company has caused them in connection with the company’s decision to stop operating Stena Primorsk in the Hudson River after the vessel’s grounding in the shipping channel in December 2012.

The Coast Guard monitored the hoist of the tugboat Specialist near the Tappan Zee Bridge today. The Specialist was part of a three-tug group that was pushing a crane barge south on the Hudson River. The 84-foot long vessel struck a stationary barge near the Tappan Zee Bridge at approximately 5:30 a.m., March 12, 2016 and sank in 40 feet of water within a short period of time. One crewmember was recovered from the water in the immediate aftermath of the collision but could not be revived. Divers recovered a second crewmember’s body at approximately 11 A.M., March 13, 2016.

The U.S. Environmental Protection Agency (EPA) has determined that a “no discharge zone” can be established for the New York State portion of the St. Lawrence River. The New York State Department of Environmental Conservation petitioned the EPA to prohibit boats from discharging sewage into the river by establishing a “no discharge zone” for the area. The EPA has reviewed the state petition and found that there are adequate facilities around the St. Lawrence for boats to pump out their sewage, rather than dumping it in the water. 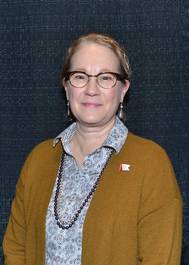 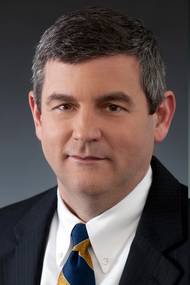 After six years of digging, General Electric Co. expects to finish this year removing some 2.7 million cubic yards of contaminated river sediment in upper Hudson River in Waterford under its landmark Superfund agreement with the federal Environmental Protection Agency. AP reports that long after the last barge dredging toxins from the bottom of the upper Hudson River moves on, scientists will track the slow fade in contamination levels. General Electric expects to remove enough sediment to fill two Empire State Buildings…

US Marine Highways to Help Prepare for the Future

With America's population expected to grow by 70 million over the next 30 years, moving the goods that enrich our lives --and the freight that fuels our economy-- will be a key challenge. As our Beyond Traffic draft framework indicates, by 2045, the volume of goods on our roads, rail, air, and water will increase 45 percent or more. Because tomorrow's looming increase will pose a significant burden on our transportation system, we must prepare to handle that freight now by developing and investing in solutions today. The good news is that DOT is working to do just that. 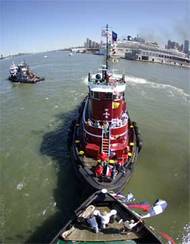 More than 15 tugboats are expected to participate in the Working Harbor Committee’s annual Great North River Tugboat Race and Competition Sunday, August 31 from 10 a.m. to 1:30 p.m. The race features nose-to-nose pushing contests and a line-throwing competition by tugboat crew members. Immediately following the water competitions will be a spinach-eating contest and a tattoo competition on Pier 84 in Manhattan. A spectator boat, provided by Circle Line Sightseeing Cruises, will…

A cruise ship returning to New York from the Caribbean with 4,500 passengers on board had to be towed into port on Sunday after getting stuck in the Hudson River, the U.S. Coast Guard said. The Norwegian Cruise Line ship was moored in the river for about three hours due to problems with its steering and propulsion systems as it moved toward its dock in Manhattan, a Coast Guard spokesman said. The Coast Guard was able to tug the vessel to port after the tide changed, the spokesman said. The ship, called the Norwegian Breakaway, docked at about 10 a.m.

As the Hudson River begins to melt the Coast Guard buoy tender 'Katherine Walker' heads north towards Albany, N.Y. The Katherine Walker is a 175-foot buoy tender, homeported in Bayonne, N.J. Its major mission includes the servicing of aids to navigation throughout New York Harbor, Western Long Island Sound, the Hudson and East Rivers, as well as other waters along the Connecticut, New York and New Jersey coastlines. During a five-day patrol up the Hudson River, the ship serviced 18 seasonal aids to navigation, the last of 53 buoys that the crew restores every spring.

The three New York, New Jersey based Coast Guard tugboats of these names celebrate their 50th Anniversary. To celebrate their years of service, the 65-foot harbor tugs steamed together north on the Hudson River, beginning at the Poughkeepsie Walkway over the Hudson to Kingston, N.Y. “It is a great honor for the crew and I to be a part of and continue Coast Guard Cutter Hawser’s great heritage in, which she and her past crews have provided 50 years of service to the Port of New York…