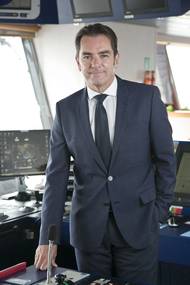 On an evening in September 2012, a rare sequence of events left one of Bibby Offshore’s saturation divers stranded in complete darkness, 90 meters below the surface of the North Sea, without any gas to breathe. The diver was rescued and recovered fully, but Bibby Offshore wanted to share its experience and the lessons learnt in the most effective way, so in collaboration with floating Harbour Productions, created a documentary style film, Lifeline, using real time footage and reconstruction of the event to recount the remarkable events that took place that evening. 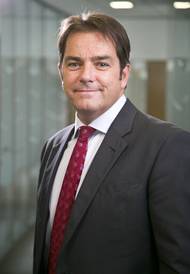 Bibby Offshore, a provider of subsea installation, inspection, repair and maintenance services to the offshore oil and gas industry, has been recognized at the 2014 Northern Star Business Awards winning in the categories Commitment to People Development and Outstanding Contribution to the Energy Sector. The awards were announced September 25 at the AECC. The Commitment to People Development award recognizes the company that has shown the most commitment to developing its staff through skills and personal development, investment and achievement programs and outcomes.

Bibby Offshore  announced a successful first quarter of the year for its recently opened Newcastle office. With existing premises in Aberdeen and Liverpool, Bibby Offshore is expanding its presence across the UK. Since its opening in November 2013, the Newcastle office has employed 23 skilled personnel, with a further ten to be recruited in the coming months. The 4724sqft office, located in Gateshead Quays on the River Tyne, will provide Bibby Offshore with an excellent hub in the region both now and as it increases staff numbers and service offerings in the future.

Two new chief operating officers and an offshore support services director have been appointed at Bibby Offshore to support the company’s significant future development plans. Current managing director Fraser Moonie, who has been in the role for three years, becomes responsible for eastern regions including Norway, S.E. Asia (including Singapore) and Australia. He has 16 years’ experience in the subsea and offshore industry and has been with Bibby Offshore since 2003. In addition to his role as director of Bibby Remote Intervention Limited (BRIL)…

Bibby Offshore Limited, the Aberdeen-based provider of subsea construction and offshore management services, announced that it has acquired the dive support vessel (DSV), Bibby Sapphire, from the vessel’s present owner, Volstad Subsea AS. A $52.5m loan facility has been provided by Standard Chartered Bank to fully fund the acquisition. Standard Chartered Bank will act as sole lender in the transaction. Bibby Sapphire has been on time charter from Volstad to Bibby Offshore for the last five years.