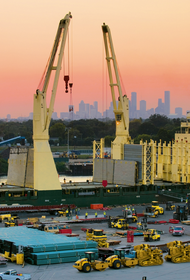 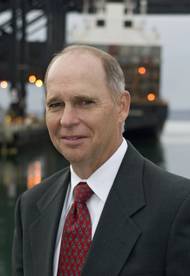 With the cut of a ribbon and ring of a bell, San Jacinto College marked the grand opening of the new Maritime Technology and Training Center on the Maritime Campus on March 8, 2016. The Center is located next to a turning basin along the Port of Houston at 3700 Old Highway 146 in La Porte, Texas - the ideal location for students training to enter the maritime industry, and for current mariners upgrading their U.S. Coast Guard certifications. “This is what we have envisioned for many years,” said Dr. Brenda Hellyer, San Jacinto College Chancellor. 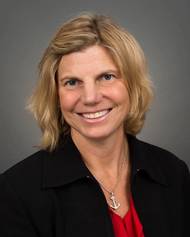 The world’s biggest shipping company, Maersk Line, and its affiliated shipping services, SeaLand and Safmarine, has agreed to continue to call at the Port of Houston after APM Terminals, a unit of Maersk Group, said it was permanently terminating its operations there, the Port of Houston Authority said. Under the deal, APMT has operated its own section of Barbours Cut terminal,  however; the lease will now be transferred to the port authority effective July 24. According to Maersk, its current services that call the Port of Houston Authority's terminals will remain unchanged and uninterrupted. 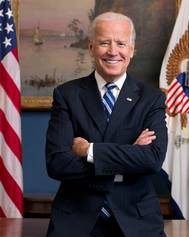 U.S. Vice President Joe R. Biden, Jr. will deliver the keynote address on Wednesday, November 12, at the American Association of Port Authority’s (AAPA) 103rd Annual Convention and Expo in Houston, hosted by the Port of Houston Authority. Vice President Biden is a strong proponent of America’s ports, as evidenced by recent visits to ports in Philadelphia, Norfolk, Savannah, Charleston, Granite City, Ill. (America’s Central Port), Baltimore and, within the past year, Houston. During his return visit to Houston to address AAPA’s annual convention…

Blue skies and a cool breeze set the stage for a once-in-a-century event today: the 100th anniversary rededication of the opening of Houston's deep-water port. International Longshoremen's Association, Houston Pilots, U.S. Coast Guard, current and former Port Commissioners, industry stakeholders and others, attended the Houston Ship Channel Rededication at Brady's Landing overlooking the Houston Ship Channel. The event took place 100 years to the day of the original ceremony in 1914 when President Woodrow Wilson fired a cannon by remote control from his office in Washington D.C.

The Fiscal Year 2015 Operating and Capital Budget was approved Thursday during a special meeting of the Port Commission of the Port of Houston Authority. Projections by the Port Authority anticipate increased revenues in 2015, driven in large part by an increase in both import and export container volumes, with an expected pullback in steel tonnage after a banner year in 2014. Overall cargo volumes at the Port Authority continue to grow, with total tonnage in 2014 five percent higher than the previous year. Total revenues are projected to increase by 1.6 percent in 2015.

San Jacinto College has broken ground along the Port of Houston for its new 45,000-square-foot Maritime Training Center. At the site of 3700 Old Highway 146 in La Porte, stood student Dave Allen, taking in the view of concrete piers that will support San Jacinto College Maritime Training Center, a facility to prepare new mariners and serve as local training site. “This is going to prepare so many people for work in this industry,” said the San Jacinto College maritime student, who is on track for employment with a local maritime company and completes his second internship this year.

In 2015, the Port of Houston Authority has budgeted $275 million for various capital improvement projects. About $184 million is being allocated to its container terminals for continuing development of Bayport and modernization at Barbours Cut, and another $35 million is for improvements at the Turning Basin’s general cargo and bulk terminals. The remaining 2015 capital budget funds will be used for railroad improvements, channel development, port security, building renovations and information technology.