Dr. Andrew Garrad, the co-founder of Garrad Hassan, has announced he will retire from DNV GL on December 23, 2016. Following the merger between DNV and GL Garrad Hassan two years ago, Andrew ceased to play an active operational role in the company, but remained associated with DNV GL, as advisor, as Chairman of Bristol’s year as European Green Capital (which DNV GL sponsored) and as President of the European Wind Energy Association 2013-2014. He co-founded Garrad Hassan in 1984 and became President of GL Garrad Hassan after Germanischer Lloyd (GL) and Garrad Hassan merged in 2009.

A national table top exercise on maritime contingency planning was conducted in Djibouti (9-10 November), as part of a series of events leading up to the official opening of the Djibouti Regional Training Centre on Thursday (12 November). The aim of the exercise was to improve procedures and policies when faced with complex maritime security incidents. The table top exercise follows the successful model of table top exercises carried out in west and central Africa and is the first of a planned series in east Africa. 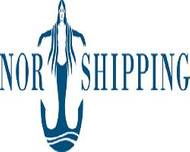 Nor-Shipping has released names of the winners of the 2011 Clean Ship and Next Generation Ship Awards. The winners were announced today at the Nor-Shipping Opening Conference on May 24, 2011. The awards, which showcase industry excellence, were presented by Norwegian Minister of Trade & Industry Trond Giske and Henrik Madsen, CEO of Det Norske Veritas (DNV). An independent jury considered a total of 40 candidates for the 2011 awards. The Clean Ship Award honors the shipowner and…