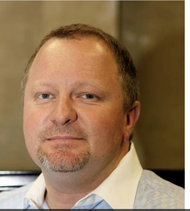 New Orleans based offshore vessels company Harvey Gulf International Marine said it has signed an agreement with its CEO, Shane Guidry, to remain at Harvey until January 1, 2027.Guidry commented, “Over the past several years, Harvey Gulf has produced the highest EBITDA with the lowest cost of operations in the industry. We stand ready to merge with any other company that compliments what we do, thus delivering the best returns to the combined entity.”

Shell Trading (US) Company announced it has finalized a long-term charter agreement with Q-LNG Transport, LLC for an LNG bunker barge with the capacity to carry 4,000 cubic meters of LNG fuel. As the first of its kind to be based in the United States, the ocean-going LNG bunker barge will supply LNG to marine customers along the southern East Coast of the U.S. and support growing cruise line demand for LNG marine fuel. "This investment in LNG as a marine fuel for the US will provide the shipping industry with a fuel that helps meet tougher emissions regulations from 2020…

Cathelco have submitted a Letter of Intent to the U.S. Coast Guard verifying readiness to begin testing their ballast water treatment (BWT) system for Type Approval. The tests will be carried out under FDA/CMFDA methodology where life forms are judged as living/dead, the standard that the U.S. Coast Guard insists must be applied to ballast water treatment systems. At the same time, the tests will meet the expected revised standards of the new draft of the IMO G8 Guidelines. “Our system has already received IMO Type Approval and AMS Certification from the USCG.

Transparency Market Research (TMR) have given a detailed insights and analysis of the global market for LNG bunkering fuel in its recently published market research report. On the basis of capacity, the market, which had a valuation of mere 70 kilo tons in 2013, is projected to expand at an astounding 63.6% CAGR between 2014 and 2025 and reach 22,540 kilo tons by 2025. The report includes an analysis of market’s historical statistics to present an overview of the growth trajectory…

William S. Smith III (Billy) has been named Chief Operating Officer (COO) of Trinity Yachts effective immediately. The announcement was made today by Shane Guidry, president and CEO of Harvey Gulf International Marine. Smith previously served as vice president of sales and marketing at Trinity Yachts and Gulf Coast Shipyard Group (GCSG), a position which was eliminated upon the purchase of the companies by Harvey Gulf on June 25, 2015. Smith is a founding member and current board member of the Superyacht Builders Association (SYBAss)…

Signet continues Gulf of Mexico expansion and opens U.S. Signet Maritime Corporation informs it has completed Phase II of a $250 million capital expansion program with the acquisition and integration of the Harvey Gulf OTV fleet. The corporate strategy was to design and own vessels for multidisciplinary work, and diversify with the addition of the powerful offshore vessels, enabling Signet to broaden its services into new market segments, the company explained. Continuing this U.S.

A special Offshore Supply Vessel (OSV) has been delivered to Shell for its deepwater operations in the Gulf of Mexico. The vessel, Harvey Energy, is chartered from Harvey Gulf International Marine and is the first of its kind in the region to run on both liquefied natural gas (LNG) and diesel. Built by the Gulf Coast Shipyard in Mississippi to meet requirements of the ABS “ENVIRO+, Green Passport” notation, the vessel is 302 feet long and operates on three dual-fuel Wärtsilä engines. It will run on 99% LNG fuel and will be able to operate for around seven days before refueling. 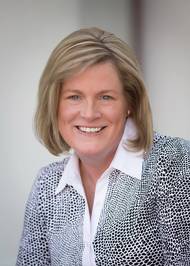 Conrad Shipyard and The Shearer Group, Inc. (TSGI) said that its design of a 4,200 horsepower LNG-powered towboat received “Approval in Principle” (AIP) from the American Bureau of Shipping (ABS). The boat is based on TSGI’s azimuth drive (Z-drive) towboat design that debuted in 2008 as the FRANK T. STEGBAUER. To date, eight of these towboats have been built for Southern Towing Company, which is a pioneer in the use of z-drives for brown water operations. The boats have shown significant fuel savings relative to conventional towboats.