The Board of Directors of Harley Marine Services announced via press release that Harley Franco will no longer be serving as the company’s Chief Executive Officer. Matt Godden will remain as President of the Company. “Since the beginning of 2019, Harley Marine has made significant progress in ensuring its long-term stability as one of the nation’s leading marine transportation providers” said Godden. “Harley Marine is renowned for its track record in safety and operational capabilities and we intend to continue with this unparalleled commitment to quality.” According to Jon Foster… 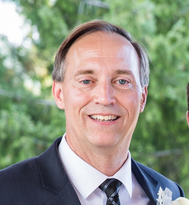 Harley Marine Services orders 4 new Sister-class petroleum barges from Conrad Shipyards of Morgan City, Lousiana. Each double-hulled unit has a carrying capacity of 30,000 barrels and measures 297 feet in length. Once completed the barges will enter the Harley Marine Gulf fleet and service customers in the United States Gulf Region. The barges were designed by Conrad Industries with input from Harley Marine’s management team to ensure internal and regulatory performance requirements were not only met but exceeded.

Elliott Bay Design Group LLC (EBDG) recently announced the launch of the flagship vessel in its series of oil barge designs for Harley Marine Services (HMS). With a length of 422 ft and a beam of 76 ft, the Sixty Five Roses has a capacity of 83,600 barrels. The vessel features a cargo heating system; two hose handling cranes, one of which is a jumbo crane for lifting offshore submarine hose connections and five hydraulic mooring winches designed for offshore mooring systems. The…

Harley Marine NY, a subsidiary company of Harley Marine Services has been selected to receive a 2010 U.S. Environmental Quality Award from the Environmental Protection Agency. Harley Marine NY has demonstrated an outstanding commitment to protecting and enhancing environmental quality and public health. This award is the highest recognition presented to the public by the EPA. In addition to exceeding compliance with local, state and federal environmental regulations and requirements…

Starlight Marine Services, a full service marine transportation provider and subsidiary of Harley Marine Services, has collaborated with the United States Coast Guard to conduct on the water rescue training. The first training was conducted on January 15 and the more recent was on April 1. This training marked the first time the air station trained with members from the tug and barge industry. During the April training, two Coast Guard MH-65 Dolphin class helicopters were on scene from Air Station San Francisco to conduct hoist training with the crew from Starlight Marine’s Millennium Falcon.

Elliott Bay Design Group (EBDG) recently announced that the final barge in its 31,500-barrel class design for Harley Marine Services (HMS) has entered service. Four hulls were constructed to this design, with EBDG working with the shipyards to provide detail engineering. The first barge constructed, the David Fanning, entered service in December of 2008, followed by the Bernie Briere in February 2009 and the Lily Blair in June of 2009. The Nathan Schmidt completed the design series and entered service in July of 2009.