Florida’s largest container port achieved record volumes in containers, vehicles and overall tonnage during the fiscal year ending September 30, 2019.The Jacksonville Port Authority (JAXPORT) moved more than 1.338 million twenty-foot equivalent units (or TEUs, the industry standard for measuring containers), a 5 percent increase over 2018, which was also a record year in container volumes for the port. JAXPORT has set container volume records for four consecutive years.The port also moved the most vehicles in its history…

The Jacksonville Port Authority (JAXPORT), an international trade seaport on the St. Johns River in Jacksonville, Florida, set a new port record today with the arrival of the ZIM vessel Kota Pekarang, the largest container ship to ever call Jacksonville.The 11,923-TEU (container) vessel is operated by ZIM on a service offered by the 2M Alliance, comprised of Maersk, MSC, Hamburg Süd and strategic partners HMM and ZIM.The Kota Pekarang, which transited the Panama Canal from Northeast Asia before reaching the U.S.

The Jacksonville Port Authority (JAXPORT) and terminal operator SSA Atlantic on Monday afternoon welcomed the largest container ship to ever visit Jacksonville.JAXPORT set a new port record today with the arrival of the ZIM vessel Cape Sounio, the largest container ship to ever call Jacksonville, claimed a press release.The 11,000-TEU (container) vessel is operated by ZIM on a service offered by the 2M alliance. The 2M alliance is comprised of Maersk, MSC, Hamburg Süd and strategic partners HMM and ZIM.The vessel, which transited the Panama Canal from Asia before reaching the U.S. 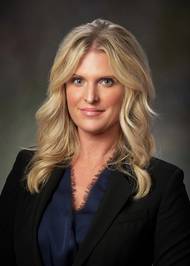 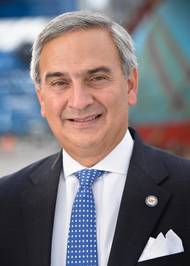 The Georgia Port Authority (GPA) has unveiled a $2.5 billion plan to expand the capacity at the Port of Savannah to 8 million TEUs by 2028.GPA Executive Director Griff Lynch at the Savannah State of the Port detailed GPA’s 10-year,  $2.5 billion plan to expand the capacity of the nation’s fastest growing and single largest container terminal from 5.5 million twenty-foot equivalent unit containers (TEUs) to 8 million, said a press release.“We’re preparing to redefine the Port of Savannah as not simply the load center for the Southeastern U.S.…

Georgia Ports Authority’s 10-year, $2.5 billion plan aims to expand the capacity of the nation's fastest growing and single largest container terminal from 5.5 million twenty-foot equivalent unit containers (TEUs) to 8 million.GPA Executive Director Griff Lynch detailed the growth plan, at the Savannah State of the Port event today. "We're preparing to redefine the Port of Savannah as not simply the load center for the Southeastern U.S., but as the port of choice for major inland markets east of the Mississippi River," he said.During his presentation to nearly 1,400 people, including Gov.

SC Ports is on a Growth Trajectory

South Carolina Ports Authority posted strong performance across multiple business segments in fiscal year 2018, achieving new records for monthly and annual container volumes as well as progress of key capital projects.“SCPA had an ambitious growth plan for the 2018 fiscal year, and our progress across all business segments is a true accomplishment,” said SCPA president and CEO Jim Newsome. “Growth of 3 percent in FY2018 on the heels of 10 percent growth last fiscal year reflects broad-based expansion of the port’s cargo base as well as strong operational performance of our port. 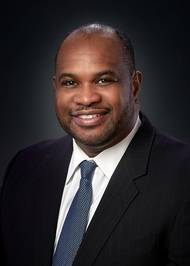 The federal government is awarding nearly $32.4 million in funding to the Jacksonville Harbor Deepening project.“These dollars signal that the federal government believes in our deepening project and has confidence in our ability to provide a return on this investment, " said JAXPORT CEO Eric Green. "We appreciate the support of our elected representatives in Washington, Tallahassee and here at home who work tirelessly to ensure JAXPORT remains globally competitive, continues…

At a ceremony held earlier in March, officials celebrated the beginning of construction on the Charleston Harbor Deepening Project to 52 feet. "It is a monumental accomplishment to begin construction on the Charleston Deepening Project, which make Charleston the deepest port on the East Coast at a time when deep and wide shipping channels are necessary," said Jim Newsome, South Carolina Ports Authority president and CEO. "The container shipping industry today is dominated by big ships, and ports must adapt to handle them in order to remain competitive. 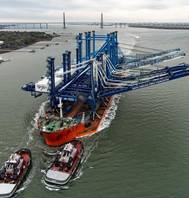 Just a day prior to the South Carolina Ports Authority's celebration of the beginning of Charleston Harbor Deepening Project construction, the port welcomed two new ship-to-shore cranes at the Wando Welch Terminal to further enhance the handling of neo-Panamax vessels. "It is fitting to welcome the arrival of two new cranes as we begin construction on the Charleston Harbor Deepening Project," said Jim Newsome, SCPA president and CEO. "The cranes are an integral part of the port's plans to modernize existing terminals in order to more efficiently handle big ships.