German international shipping and container transportation company Hapag-Lloyd AG and compatriot logistics and transportation company Hamburger Hafen und Logistik AG (HHLA), will be continuing their close cooperation in Hamburg for another five years.On the basis of this decision, both companies will now be able to make necessary investments and boost their overall competitiveness, said a joint press release.Both parties have also agreed to intensify their collaboration on sustainability-related issues.

German international shipping and container transportation company Hapag-Lloyd AG has opened a new Quality Service Center (QSC) in Mauritius. The QSC will explicitly serve Africa, one of Hapag-Lloyd's fastest growing markets.Quality Service Centers are an important cornerstone of Hapag-Lloyd´s Strategy 2023. They gather selected functions from different Areas under one roof, enabling synergies and delivering on the Quality Promises towards the customers.Hapag-Lloyd has already established several QSCs around the world - in Atlanta (USA)…

Hapag-Lloyd AG appointed Mark Frese to the Executive Board effective November 25, 2019. On March 1, 2020, he will become the new Chief Financial Officer (CFO), replacing Nicolás Burr.Mark Frese (55) was most recently employed as the Chief Financial Officer of Ceconomy AG, the former Metro AG. Before that, he held various management positions at Metro AG and Kaufhof Holding AG.“When Mark Frese joins us, we will be gaining a very accomplished and highly skilled expert with extensive experience and knowledge of the financial sector.

German international shipping and container transportation company Hapag-Lloyd AG announced that it is expanding fleet on Atlantic Loop 3 service between the US and Europe."Our Atlantic Loop 3 Service (AL3) fleet is growing with the addition of the 4,248 TEU vessel “Rio Grande Express” sailing between the United States and Europe," the cargo container shipping line said in a statement."Upgrading to a 6 vessel rotation will improve the reliability of the AL3 service for our customers and support our strategy of being number one for quality…

German cargo container shipping line, Hapag-Lloyd AG, officially opened its headquarter for the new region.CEO Rolf Habben Jansen presented the keys of the office complex in Genoa (Italy) to the new Senior Managing Director Juan Pablo Richards.During the opening event, Habben Jansen explained the motivation to create a new region: “After our merger with UASC in 2017 the Mediterranean region has gained more importance for us. That's why we are eager to bolster our competitive position…

German-based global cargo container shipping line, Hapag-Lloyd AG is expanding its digital product portfolio. As one of the first container shipping companies, Hapag-Lloyd is now offering its customers an online marine insurance."Quick Cargo Insurance" provides customers with tailor-made insurance offers around the clock. The insurance cover takes effect immediately upon conclusion of the contract."Not every cargo transported by sea is insured, yet. For instance, small and medium-sized customers often do not take out insurance for cost reasons.

German-based  cargo container shipping line Hapag-Lloyd AG is splitting its Region Europe into northern and southern parts. In doing so, the world’s fifth-largest liner shipping company will remain close to global markets and serve customers from a total of six regions effective immediately.The new Region South Europe, which will have its headquarters in the Italian port city of Genoa, aims to bolster Hapag-Lloyd’s competitive position in the Mediterranean region. It will include Area Italy…

German-based cargo container shipping line Hapag-Lloyd AG has placed a record order for 13,420 refrigerated containers, known as reefers, which are set for delivery in November 2019.A statement from the fifth biggest container shipping line in the world by market share said that production of 970 20-foot containers and 12,450 40-foot containers is already scheduled to commence as early as July.Delivery of the refrigerated containers, which have traditionally been white as opposed to Hapag-Lloyd’s orange standard containers…

German container shipping major Hapag-Lloyd AG has decided to fully redeem the outstanding EUR 280 million in aggregate principal amount of its outstanding 6.75 percent senior note due 2022 on 24 June 2019 at a fixed redemption price of 103.375 percent.The redemption will be done predominantly from available cash. EUR 100 million of the EUR 280 million will be paid from a drawdown of a CDS-based credit facility."The complete repayment of this senior note ahead of maturity is a clear step forward towards further deleveraging and optimizing our capital structure.

German-based cargo container shipping line Hapag-Lloyd AG is launching a new liner service offering a direct connection between Turkey and the US East Coast.The Turkey North America East Coast (TNE) service will operate every nine days between the Turkish seaport of Marmara (Izmit, Istanbul and Gemlik) and the US ports of New York, Norfolk and Savannah, said a press release from the world's fifth largest container carrier in terms of vessel capacity.In addition, the service will…

Hapag-Lloyd Gets Ratings Upgrade from Moody's

The international rating agency Moody’s has upgraded the German cargo container shipping line, Hapag-Lloyd AG's corporate family rating (CFR) to B1 from B2 and its senior unsecured bond rating to B3 from Caa1. The outlook remains stable.According to Moody's release, the improved rating acknowledges Hapag-Lloyd’s progress in integrating United Arab Shipping Company Limited (UASC) while reducing leverage and generating positive free cash flow on the back of tight cost management and increased efficiencies…

German-based container shipping line Hapag-Lloyd AG has decided to partially redeem EUR 170 million of its senior note on 11 February 2019 and prior to its maturity 2022 at a fixed redemption price of 103.375 percent.According to a press release from the transportation company, the senior note was issued in February 2017 with an aggregate principal amount of EUR 450 million. The annual coupon is 6.75 percent."This partial redemption will be done from cash proceeds, predominantly…

Hapag-Lloyd has announced that Maximilian Rothkopf  is to be its new chief operating officer (COO). He will take over as new COO of Hapag-Lloyd when Anthony J. Firmin retires in late June.Maximilian Rothkopf, who holds a master's degree as well as a doctorate in business administration, has been a Partner since 2014 at McKinsey & Company, where he has been a member of the global Travel, Transport and Logistics (TTL) leadership team. He started his career in 2005 at the management consulting firm…

German shipping company Hapag-Lloyd AG more than doubled its bottom line in the third quarter compared to the same period last year on account of booking lower interest costs.The container carrier said in a press release that it made a net profit of 112.4 million euros ($128.5 million) in the quarter ended Sept. 30, compared with EUR51.6 million a year earlier, on revenue that rose 8.6% to EUR3.04 billion.Hapag-Lloyd has concluded the third quarter 2018 with higher earnings before interest and taxes (EBIT) of EUR 212.1 million (Q3 2017: EUR 178.1 million).Meanwhile…

Port of Hamburg is taking a further step toward improving air quality at its port. Innovative technology developed right here in the city is set to enable large and very large container ships to switch off their auxiliary diesel supplies during lay time and instead draw the power they need for on-board operations from a new kind of mobile generator.Becker Marine Systems, Hapag-Lloyd AG and Hamburger Hafen und Logistik AG (HHLA) have been testing the new technology as part of a joint pilot project since the start of the year.

German shipping company Hapag-Lloyd is continuing to focus on the growing market in East Africa, where annual growth rates of approximately six percent lead the African continent.In April 2018 Hapag-Lloyd launched the East Africa Service (EAS), its first dedicated service to East Africa. The weekly service sails from Jeddah to Mombasa, and from there to Dar es Salaam, in Tanzania, and directly back to Jeddah. The service will be expanded in September with a weekly connection to and from Nhava Sheva, Mundra, Khor Fakkan, Jebel Ali, Mombasa and Dar es Salaam. 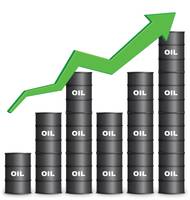 Maritime companies under market pressure have another negative force with which to deal: Steadily rising bunnker costs in tandem with oil's nearly year-long rise. According to Moody's, Hapag-Lloyd on June 29 revised its outlook for EBIT and EBITDA closer to the actual results for 2017 whereas previously the company expected both of those measures to increase. While Moody's noted that the weaker operating performance is a credit negative, the ratings for Hapag-Lloyd are unaffected.Hapag-Lloyd now expects to generate a full-year EBITDA in the range of €900 - €1…

The supervisory board of Hapag-Lloyd AG has unanimously approved to extend the contract of Chief Executive Officer Rolf Habben Jansen for a further five years until 31 March 2024. “With Rolf Habben Jansen at the head, Hapag-Lloyd has further improved its position as a leading global liner shipping company in a challenging market environment and as an active driver of industry consolidation. The extension of his contract ensures continuity in the corporate management,” said Michael Behrendt, chairman of the supervisory board of Hapag-Lloyd AG.

Hapag-Lloyd is publishing the company’s first sustainability report ever yesterday (April 22) as the world celebrates “Earth Day,” which says that the company had achieved 46 percent reduction between 2007 and 2016. Within the report, the shipping company is announcing for the first time the climate goal it has set for itself: By 2020, Hapag-Lloyd intends to achieve a 20 percent reduction in CO2 emissions per TEU-kilometer (compared to 2016). Hapag-Lloyd has already succeeded in significantly lowering its CO2 emissions in the past.

Thorsten Haeser Steps Down as CCO of Hapag-Lloyd

Thorsten Haeser has quit as chief commercial officer of Hapag-Lloyd, which has reorganised its executive Board. CCO Thorsten Haeser is leaving the Company as at 31 March 2018 on the most amicable of terms. With great professionalism and personal dedication, he managed and realigned the Executive Board’s sales responsibilities. Following the merger with container liner shipping company United Arab Shipping Company (UASC), Haeser played a key part in the smooth integration of UASC’s business into Hapag-Lloyd AG. Haeser was also instrumental in advancing the digitalisation of the Company.

Diana Containerships Inc. announced that, through a separate wholly-owned subsidiary, it has agreed to extend the present time charter contract with Hapag-Lloyd AG, Hamburg, for one of its Panamax container vessels, Sagitta. The Sagitta is a 3,426 TEU containership built in 2010. The gross charter rate is $8,400 per day, minus a 1.25 percent commission paid to third parties, for a period of minimum three months to maximum five months. The new charter period will commence on February 15, 2018.