Two major shipping lines this month have raised their rates for transporting goods from the United States to Venezuela, according to three industry sources and two documents, as U.S. sanctions limit transit between the two nations.Washington on May 15 banned direct flights between the United States and Venezuela, citing safety concerns, as part of a broad package of sanctions meant to pressure Nicolas Maduro into resigning as president of the crisis-stricken country.Citizens and… 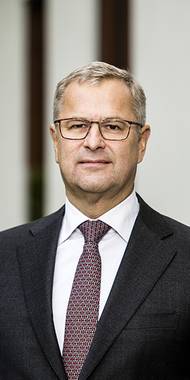 Top U.S. importers are stocking up on Chinese goods before new import tariffs take effect, shipping giant A.P. Moller-Maersk said on Wednesday, but warned a trade war would hit demand for container shipping in the coming years.Maersk's data indicated that imports into the United States from China had grown 5 to 10 percent year-on-year in the third quarter as companies such as Walmart and Home Depot built up inventories to avoid new import tariffs, Chief Executive Soren Skou said."The irony is that after (U.S.

Tough Recovery Ahead for Some Box Trades; More Uncertainty in Others

Container shipping group CMA CGM said it expects a rebound in the industry to continue this year on the back of brisk economic growth, playing down the immediate impact of geopolitical tensions. French-based CMA CGM, one of the world's biggest container lines, reported on Friday a $701 million net profit for last year, confirming its turnaround after a shipping downturn in 2016 when it suffered a $452 million loss. "We are rather optimistic about 2018, despite the geopolitical problems," Chairman and CEO Rodolphe Saade told Reuters by telephone.

The Ministry of Commerce (MOFCOM) in China approved Danish shipping giant Maersk Line’s proposed acquisition of Hamburg Süd, reported Reuters. Maersk Line, the world’s biggest container shipping company, will pay 3.7 billion euros ($4.3 billion) to buy German rival Hamburg Sud. However, China has put in place restrictions on Hamburg Süd and Maersk Line’s use of vessel-sharing agreements (VSA). The ministry, in a statement, said the company could not enter a new ship sharing alliance on Far East-South America routes in the five years after the deal.

A.P. Moller-Maersk's main sea freight business faces the threat of a new price war in a consolidating industry, though the company has been fortified by the $7.5 billion sale of its oil and gas business to France's Total Reuters reported. Maersk, the world's biggest container shipping company, has shifted its focus this year from preserving market share to higher margins, a strategy that was helped by a recovery in freight rates, the report said. Reuters quoted Chief Executive…

The world's biggest container shipping company Maersk Line will pay 3.7 billion euros ($4.02 billion) for its acquisition of smaller German rival Hamburg Sud, it said on Friday. Combined, the two companies will be able to realise annual operational savings of about $350 million to $400 million, Maersk Line said in a statement fleshing out detail on the deal announced in December. "By keeping Hamburg Sud as a separate and well-run company, we will limit the transaction and integration risks and costs while still extracting the operational synergies…

World No. 1 shipping company Maersk Line gained EU antitrust approval on Monday for its acquisition of Hamburg Sud (HSDG) after agreeing to pull the German company out from five consortia on trade routes to address competition concerns. The bid by Maersk, part of Denmark's A.P. Moller-Maersk , underscores the wave of mergers in an industry struggling with over-capacity and slowing global trade. Hamburg Sud will withdraw from the consortia on trade routes connecting northern Europe to central America…

EU antitrust regulators will approve Maersk Line's acquisition of German peer Hamburg Sud after the world's biggest shipping company agreed to pull Hamburg Sud out from some trade route groups, a person familiar with the matter said on Friday. Maersk, part of A.P. Moller-Maersk, unveiled the bid in December last year, part of a wave of mergers in the industry seeking to deal with low freight rates and oversupply. The concession was made to address the European Commission's concerns about the competitive impact of the deal, the source said.

Maersk Line, the world's biggest container shipping firm and part of Danish conglomerate A.P. Moller-Maersk, has offered concessions to EU antitrust regulators in an attempt to get approval for the takeover of German rival Hamburg Sud. A ruling on the deal, one of several in an industry seeking consolidation to offset low freight rates and oversupply, will now be given by the European Commission by April 10, according to the commission's website on Wednesday. The deadline was…

Drewry’s Z-score carrier financial stress index sunk to its lowest ever point following the first-half 2016 results. After Hanjin’s bankruptcy shippers are demanding more financial transparency from carriers. There is still much work to be done to clean up the logistical chaos created by Hanjin’s bankruptcy, but even so there are lessons from the sorry mess that need to be learned to avoid a repeat occurring. Firstly, all stakeholders must understand that no carrier is too big to fail. The hitherto expectation that some white knight would rescue an ailing carrier has been erased forever.

Six of the world's biggest container shipping companies were raided by South African authorities on Wednesday on suspicion of colluding to inflate rates between Asia and South Africa, the country's Competition Commission said. The development comes as global container lines struggle in the worst-ever market conditions, caused by a glut of ships and slowing global trade, which has battered earnings and forced at least one out of business. The six companies raided comprise local subsidiaries of Denmark's Maersk…

EU antitrust regulators accepted on Thursday an offer from Maersk, the world's largest container shipping liner, and 13 other competitors to change their pricing practices. The companies agreed to publish binding actual rates 31 days before they go into effect, with the figures acting as a price ceiling. Under the current system, they only publish the amount of the increase, not the final price. The other 13 firms are No.2 player MSC, No. 3 CMA CGM, Germany's Hapag Lloyd and Hamburg Sud…

Fifteen container liner shipping companies "have offered to change their pricing practices to settle an EU antitrust probe and stave off possible fines," according to a report from Reuters Wednesday that cites two unnamed sources. Container carriers have offered to publish binding actual rates a month before they go into effect, according to the report from. The report said the European Commission would not confirm the development, but that it could change the practice of shipping companies announcing planned general rate increases. World No.

The Singapore-listed and China-based shipbuilder Yangzijiang Shipbuilding has secured new orders worth $730m, including two very large gas carriers, between September and October. The  two 84,000 cbm very large gas carriers (VLGCs) were ordered by Shanghai Zhenrong Energy. Yangzijiang had been in talks to secure the two VLGCs since early this year, and the latest order confirmation has reinforced the company’s progress into building higher specification and higher value ships.

$1.7 billion NOL Up for Sale. Will Hapag-Lloyd Buy?

Singapore Sovereign Wealth Fund Temasek Holdings has put Neptune Orient Lines (NOL) up for sale, says a Wall Street Journal (WSJ) report. The WSJ reported that Temasek was in talks with one buyer in recent months but the two sides could not agree on a price for the loss-making company. The WSJ put NOL's market capitalization at 2.3 billion Singapore dollars ($1.7 billion). The report, citing unnamed sources, said the liner company has been "shopped to prospective buyers" in recent months. NOL is about 67 per cent owned by Temasek, going by Bloomberg data.