Danish bunker company Monjasa announced the opening of its first office in Luanda, Angola, to support the West Africa oil and shipping activities.Monjasa started supplying bunkers across West Africa in 2009 and since then, it has delivered a total of 10.6 million tonnes of fuel products across the region from the Gulf of Guinea to Namibia."Monjasa is currently enabling the IMO 2020 transition by making new low-sulfur marine fuel available across the region. Today, Monjasa is the leading supplier in West Africa measured on volume and a fleet of 10 tankers deployed in the region…

In September 2019, in a milestone agreement, Namdock concluded a contract to maintain and repair the vessels of the Marinha de Guerra Angolana (MGA), the Angolan Navy.According to Namdock’s Commercial and Operations Manager, Willie Esterhuyse, although the contract has been concluded, the exact date when the vessels will be arriving in Walvis Bay has not been finalized, it is anticipated that this will be early in 2020.In terms of this agreement, Namdock will take two Angolan Navy vessels into its dry docks initially.

Pirates have kidnapped nine crew members from a Norwegian shipping vessel named the MV Bonita off the coast of Benin in West Africa.MV Bonita was anchored and awaiting berth at the Cotonou port to discharge a shipment of gypsum when the pirates boarded, the shipping firm  J.J. Ugland said in a statement Sunday.The Norwegian Shipowners’ Association said that it is in close contact with Ugland Shipping with a common and clear goal to bring the 9 sailors back to safety. The vessel and remaining crew are safely anchored in Cotonou and investigations are carried out.

Pirates attacked a Greek oil tanker off the coast of Togo in the early hours of Monday and fled after taking four crew members as hostages, the West African nation's navy said, two days after a similar attack in the waters of neighbouring Benin.Of the missing crew members, two are Filipinos, one is Greek and one is Georgian, the navy said in a statement. One security guard was also shot and wounded in the attack, it said."Monday, 4th of November 2019, around 0300, the tanker boat Elka Aristotle was attacked around 18 kilometers (11 miles) from the port of Lome by armed individuals…

The Gulf of Guinea remains a high risk area  for piracy and armed robbery, according to the International Chamber of Commerce International Maritime Bureau’s (IMB) report for the third quarter of 2019. The region accounts for 86% of crew taken hostage and nearly 82% of crew kidnappings globally, it said.In July a general cargo vessel was hijacked approximately 120nm SW from Brass. Ten crew members were kidnapped from the vessel and released four weeks later. In August a bulk carrier and a general cargo vessel were boarded within hours of each other at Douala anchorage…

The Nigerian Maritime Administration and Safety Agency (NIMASA) reports it has graduated another 298 surveillance officers in basic training course for the implementation of the Integrated Security and Waterway Protection Infrastructure also known as the Deep Blue Project.Speaking at the graduation ceremony held at the military base in Elele in Rivers State, the Director General of NIMASA, Dr. Dakuku Peterside noted that the capacity development component of the Deep Blue project…

The first commercial vessel, Maersk Cape Coast has docked at the Terminal 3 at Tema Port after 3 years of expansion and modernization works to complete the first two berths.The Ghana Ports and Harbours Authority, which operates the harbor is located along the Gulf of Guinea, said that with the state-of-the-art technology and equipment, 1,427 containers were discharged and 730 containers loaded.Incidentally, Maersk Cape Coast was inaugurated and christened at the port of Tema in 2011.

The seas off West Africa's coastline are now the most dangerous in the world for shipping, the International Maritime Bureau’s (IMB) latest report revealed.According to the report, of the 75 seafarers taken hostage onboard or kidnapped for ransom worldwide so far this year, 62 were captured in the Gulf of Guinea – off the coasts of Nigeria, Guinea, Togo, Benin and Cameroon.The IMB Piracy Reporting Center (IMB PRC) recorded 78 incidents of piracy worldwide and armed robbery against ships in the first half of 2019, compared with 107 incidents for the same period of 2018.

Piracy increased on the world’s seas in 2018, with a marked rise in attacks against ships and crews around West Africa, the International Chamber of Commerce’s International Maritime Bureau’s (IMB) latest annual piracy report reveals.Worldwide, the IMB Piracy Reporting Centre (PRC) recorded 201 incidents of maritime piracy and armed robbery in 2018, up from 180 in 2017.The Gulf of Guinea remains increasingly dangerous for seafarers. Reports of attacks in waters between the Ivory Coast and the Democratic Republic of Congo more than doubled in 2018…

A tanker with 19 crew members on board has docked at a port in Togo after going missing for over a week in a suspected hijacking off the West African coast, the crew's agency said on Friday.The Ialkani agency and the ship's managers lost communication with the Panama-registered Pantelena on August 14, when it was about 17 miles (27 km) from the port of Libreville, in Gabon.Two Russian nationals and 17 Georgians were aboard the vessel, a dual purpose oil or chemicals tanker managed by Athens-based Lotus Shipping.

35 Seafarers Kidnapped in Gulf of Guinea in 2018 -Report

Nigerian pirates have kidnapped 35 seafarers from vessels in the Gulf of Guinea so far this year, according to security firm EOS Risk Group.Nigeria continues to be the world’s epicenter for piracy activity. From January through June 2018, EOS recorded 34 Nigerian pirate attacks on merchant and fishing vessels in the Gulf of Guinea. These attacks resulted in the kidnap of 35 seafarers for ransom and the hijacking of several vessels, EOS Risk Group disclosed in its half year review…

The second quarterly report from the ICC International Maritime Bureau (IMB) shows that all 2018 crew kidnappings have so far occurred in the Gulf of Guinea in six separate incidents.A total of 107 incidents were reported to the IMB Piracy Reporting Centre (PRC) in the first six months of 2018. In total, 69 vessels were boarded, with 23 attempted attacks, 11 vessels fired upon and four vessels hijacked. No vessels were reported as hijacked in the second quarter.The number of crewmembers…

A surge in armed attacks against ships around West Africa is pushing up global levels of piracy and armed robbery at sea, warns the International Chamber of Commerce's International Maritime Bureau (IMB). IMB's Piracy Reporting Center recorded 66 incidents in the first quarter of 2018, up from 43 for the same period in 2017, and 37 in Q1 2016. Worldwide in the first three months of 2018, 100 crew were taken hostage and 14 kidnapped from their vessels. A total of 39 vessels were boarded, 11 fired upon and four vessels hijacked. IMB received a further 12 reports of attempted attacks.

The Director General of the Nigerian Maritime Administration and Safety Agency (NIMASA) Dr. Dakuku Peterside has assured Nigerians and the international maritime community that the Federal Government is actively working to keep the menace of piracy and other illicit crimes in check on the nation’s territorial waterways. In this case the word are backed by action and investment, as the Nigerian government has approved the procurement of three helicopters and 12 fast intervention…

Piracy Comes Back in Somalia

Piracy in Somalia is making a comeback and the Gulf of Guinea remains the world’s most active hotspot for crew kidnappings,  UK Chamber of Shipping said quoting latest data. The report said that during the first three months of 2017, armed pirates hijacked two vessels off the coast of Somalia, an area in which previously no merchant ship had been hijacked for five years. Four further incidents in the region were also attempted this past quarter, according to the latest report from the International Maritime Bureau’s Piracy Reporting Centre (IMB PRC).

A total of 121 incidents of piracy and armed robbery against ships were reported in the first nine months of 2017, according to the International Chamber of Commerce's (ICC) International Maritime Bureau's (IMB) latest quarterly report on maritime piracy. The flagship global report notes that, while piracy rates were down compared to the same period in 2016, there is continuing concern over attacks in the Gulf of Guinea and in South East Asia. The increase in attacks off the coast… 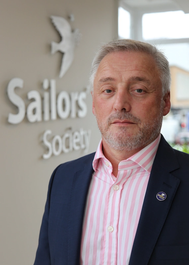 Global piracy continues to be a concern in the Gulf of Guinea, Southeast Asia and Venezuela, according to statistics released yesterday by the International Chamber of Commerce’s International Maritime Bureau (IMB). In the first nine months of 2017, 121 incidents of piracy and armed robbery against ships were reported, including 92 vessels boarded with five hijackings, 11 attempted attacks and 13 vessels fired upon. While this is a decrease compared to statistics from the same period in 2016…

In contrast to the substantial numbers of reported incidents across Southeast Asia and the Indian Ocean in recent years, maritime crime now appears to have stabilised in these regions according to the latest Q2 maritime crime statistics released by Dryad Maritime today. There have been 34 incidents of maritime crime and piracy reported across Southeast Asia during the second quarter of 2016, taking the total for the first half of the year to 49. This is a 66% reduction for the half yearly total when compared to the first six months of 2015.

Pirates Release Tanker and Crew in Gulf of Guinea

Product tanker MT Barrett has been released and all crew are safe following a six-day piracy incident in the Gulf of Guinea, U.K. based Union Maritime has confirmed. Union Maritime said it lost communications with its 11,999-dwt product tanker while the vessel was at anchor off Benin, West Africa on the morning of January 10, after which the company immediately implemented its emergency response plan and alerted regional maritime authorities and other vessels. A resolution process began when the pirates holding the MT Barrett made contact with the Union Maritime late on January 12.

Despite a decline of piracy activity in several high-risk areas, a high threat of crew kidnapping and hijacking remains in Southeast Asia and West Africa, according to a recent report from specialist crisis prevention and response consultancy NYA International. Overall piracy activity in the third quarter of 2016 declined in global hotspots compared to the previous quarter, as Southeast Asia and the East Africa and Indian Ocean High Risk Area (HRA) both saw drops in reported piracy incidents…