Iran has deployed a naval destroyer with long-range cruise missile systems to the Gulf of Aden to provide security for Iranian ships travelling through the region, state-run Press TV reported on Monday.The ship will be accompanied by a logistical vessel and a helicopter carrier, Press TV reported. The channel described it as Iran's most advanced destroyer.Reporting By Babak Dehghanpisheh

Iran has sold the oil from a tanker released by Gibraltar after weeks in the custody of British Royal Marines and the vessel's owner will decide on its next destination, IRIB news agency quoted an Iranian government spokesman as saying on Monday.Separately, Tehran - embroiled in a spiralling confrontation with Washington over U.S. sanctions meant to strangle Iranian oil exports - announced that it had deployed a naval destroyer with cruise missiles to help secure Iranian ships.The Iranian government spokesman did not identify the recipient of the oil carried by the Adrian Darya tanker. 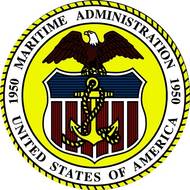 Box Ship Rescues 6 in the Gulf of Aden

As part of its continuing efforts to help African countries improve the sustainability of their maritime sectors and their blue economies, International Maritime Organization (IMO) frequently works with partners to help support their initiatives.This work includes participating in two major annual maritime security exercises in Africa, the first of which, Cutlass Express, is currently underway in Djibouti, Mozambique and the Seychelles (25 January – 7 February).Cutlass Express puts special emphasis on encouraging navies and civilian agencies and different countries to work together…

Piracy increased on the world’s seas in 2018, with a marked rise in attacks against ships and crews around West Africa, the International Chamber of Commerce’s International Maritime Bureau’s (IMB) latest annual piracy report reveals.Worldwide, the IMB Piracy Reporting Centre (PRC) recorded 201 incidents of maritime piracy and armed robbery in 2018, up from 180 in 2017.The Gulf of Guinea remains increasingly dangerous for seafarers. Reports of attacks in waters between the Ivory Coast and the Democratic Republic of Congo more than doubled in 2018… 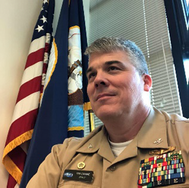 Hepburn and Sons LLC team has welcomed CAPT Timothy Crone as its newest Director. CAPT Timothy Crone, USN (Ret) will serve as Hepburn’s Director, Advisory Services.CAPT Crone, a graduate of the United States Naval Academy, earned his Bachelor of Science degree in Political Science from the US Naval Academy and completed a Master of Science in Justice, Law and Society from American University. He has also received a Master of Arts in National Security Policy and Strategic Studies from the U.S.

Top oil exporter Saudi Arabia said on Saturday it has resumed all oil shipments through the strategic Red Sea shipping lane of Bab al-Mandeb.Saudi Arabia halted temporarily oil shipments through the lane on July 25 after attacks on two oil tankers by Yemen's Iran-aligned Houthi movement.A statement by the Energy Ministry said shipments had resumed on Saturday."The decision to resume oil shipment through the strait of Bab al-Mandeb was made after the leadership of the coalition has taken necessary measures to protect the coalition states' ships…

A supertanker carrying Saudi Arabian crude has turned around near the Bab El-Mandeb strait, days after the world's top exporter said it was suspending all oil shipments through the strait following an attack by Yemen's Iran-aligned Houthi movement on two other ships.The Khuzama, a Very Large Crude Carrier (VLCC) transporting about 2 million barrels of oil, has made a U-turn and is now sailing east - ClipperData and Reuters vessel tracking data.Yemen, where a Saudi-led coalition has been battling the Houthis in a three-year war, borders the strait, which connects the Gulf of Aden to the Red Sea

Mauritius has become the 15th signatory to the Jeddah Amendment to the Djibouti Code of Conduct – the instrument developed and adopted by countries in the Western Indian Ocean and Gulf of Aden that has been a key factor in repressing piracy and armed robbery against ships operating in that region.The Amendment significantly broadened the scope of the Djibouti Code when it was adopted at a high-level meeting in Jeddah, Saudi Arabia in January 2017.It covers measures for suppressing a range of illicit activities…

Somalia's foreign minister said on Friday that Dubai state-owned port operator DP World should reconsider its contract with the breakaway region of Somaliland and work with federal authorities so Somalia's sovereignty is not violated."We are asking DP World to reconsider these agreements, particularly the one in Berbera port since Somaliland is claiming to be a state independent from Somalia," Ahmed Isse Awad, Somalia's foreign minister, told Reuters in an interview.He said the…

A surge in armed attacks against ships around West Africa is pushing up global levels of piracy and armed robbery at sea, warns the International Chamber of Commerce's International Maritime Bureau (IMB). IMB's Piracy Reporting Center recorded 66 incidents in the first quarter of 2018, up from 43 for the same period in 2017, and 37 in Q1 2016. Worldwide in the first three months of 2018, 100 crew were taken hostage and 14 kidnapped from their vessels. A total of 39 vessels were boarded, 11 fired upon and four vessels hijacked. IMB received a further 12 reports of attempted attacks.

Somalia has banned Dubai ports operator DP World from operating in Somalia, saying that a contract that the company signed last year with the breakaway Somaliland region to develop an economic zone is null and void. It is unclear how Somalia's federal government could enforce the ban given Somaliland's semi-autonomous status. But parliament's unanimous passing of the resolution banning DP World from working in the country underscored growing rivalries in the strategic Horn of Africa region over the Dubai state-owned port operator's investments.

In the wake of the recent hijacking of tanker Aris 13 off Puntland, Somalia, International Maritime Organization (IMO) Secretary-General Kitack Lim urged the shipping industry to be vigilant and apply diligently IMO guidance and best management practices to avert possible piracy attacks. “While we have seen a very welcome decline in piracy off Somalia since the last reported hijack by Somali pirates in 2012, the reality is that piracy off the coast of Somalia has not been eradicated and the underlying conditions have not changed,” Lim said.

Piracy has existed since the conception of shipping, and pirate attacks on vessels continue to disrupt trade, raising vessel security concerns and impacting the operation and insurance costs for ships, says Clarkson Research Services. The drivers behind piracy are wide but primarily economic and clearly, geography is also key. This month, we take a closer look at recent shifts in the regional distribution of piracy ‘hot spots’. Piracy remains a prevalent concern within the shipping industry, raising issues around vessel security, disrupting trade routes and increasing ship operation costs.

Flag state and port state roles in ratifying, implementing and enforcing the convention prohibiting the use of harmful antifouling systems on ships (AFS Convention) are on the agenda at a regional workshop held in Jeddah, Saudi Arabia, May 10-11. The workshop sought to increase awareness of government officials and other stakeholders on the benefits and implications of ratifying, implementing and enforcing the Convention. The environmentally sound practices for the disposal of waste generated in applying and removing antifouling systems were also presented and discussed.

Australia and Thailand are co-hosting a peacekeeping exercise involving over 100 participants from the Indo–Pacific region from 9-20 May 2016 in Bangsaen, Thailand. Commander Australian Defence College, Major General Simone Wilkie, who is in Thailand to open PIRAP JABIRU 2016, said the exercise is a fantastic opportunity to bring together representatives from 22 Indo-Pacific militaries, police forces, and non-governmental organisations to consider the current issues facing peacekeepers and to identify strategies to meet the future challenges.

The United Nations Security Council on Monday expressed its deep concern over piracy and armed robbery at sea in the Gulf of Guinea, and stressed the importance of a comprehensive approach — led by States of the region, with international support — to address the problem and its root causes. Issuing presidential statement S/PRST/2016/4, the Council strongly condemned acts of murder, kidnapping, hostage-taking and robbery by pirates in the Gulf, and underlined the importance of determining any links between piracy and armed robbery at sea…

The International Maritime Organization (IMO) is leading a maritime security table-top exercise in Mombasa, Kenya (April 21-22) as part of the Organization’s continuing work to implement the Djibouti Code of Conduct. National officials from key ministries and departments are taking part in a range of evolving scenarios involving both routine business and during an incident, which aim to promote an integrated, whole-of-government approach to maritime security measures and maritime law enforcement. 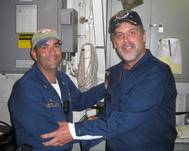 U.S. Navy sailors aboard amphibious assault ship USS Boxer took time to reflect on the anniversary of the rescue of Capt. Richard Phillips from Somali pirates in the Gulf of Aden seven years ago. Phillips was rescued April 12, 2009 by special operations personnel aboard USS Bainbridge and transferred to Boxer for medical evaluation and care. Boxer also served as a staging platform for the rescue operation. “This is a great reminder of the flexibility and warfighting spirit USS Boxer exhibits; always ready to respond, no matter the crisis, operation or mission,” said Capt.

Piracy and armed robbery on the world’s seas is persisting at levels close to those in 2014, despite reductions in the number of ships hijacked and crew captured, the International Chamber of Commerce (ICC) International Maritime Bureau’s (IMB) annual piracy report reveals. IMB’s Piracy Reporting Centre (IMB PRC) recorded 246 incidents in 2015, one more than in 2014. The number of vessels boarded rose 11 percent to 203, one ship was fired at, and a further 27 attacks were thwarted. Armed with guns or knives, pirates killed one seafarer and injured at least 14.

Dom Mee, founder and former president of Protection Vessels International (PVI) who commanded more that 1,000 former Royal Marines in the fight against piracy in the Indian Ocean, warns the maritime community on complacency. “The main thrust of coalition operations in the region has shifted towards antiterrorist operations and the blockage of Yemen,” Mee stated. “Lack of reporting and reports being ignored relating to armed groups in the Southern Red Sea and Gulf of Aden is allowing space for pirate groups to reorganize.