The American Maritime Partnership (AMP), the voice of the domestic maritime industry, has highlighted the U.S. dredging industry’s commitment to build and maintain safe, efficient and cost-effective navigation channels in the nation’s inland waterways and ports. The recent deliveries of four state-of-the-art vessels, constructed by nearly 700 American workers in U.S. shipyards, are a reflection of the U.S. dredging industry’s continued investment in building dredges with increased…

Dredging, environmental and infrastructure services provider Great Lakes Dredge & Dock Corporation announced the receipt of a $213.3 million award for the Post 45 Charleston Entrance Channel Maintenance and New Work Dredging – Contract 2 Project base contract. The scope of work includes excavation of approximately 8 million cubic yards of material to deepen a portion of the Charleston, S.C. harbor entrance channel. Work is expected to be completed by the end of 2020. Great Lakes expects the U.S. Army Corps of Engineers to award the Option work items of the contract within 120 days.

Great Lakes Dredge & Dock Corporation, the largest provider of dredging services in the United States and a major provider of environmental and remediation services, announced today that it will participate in the events planned to celebrate the recent completion of the New Suez Canal Project in Egypt, which will allow two way traffic by creating a parallel channel alongside 70 kilometers of the existing Canal. The inauguration ceremony is scheduled today August 6, 2015. Great Lakes…

Largest provider of dredging services in the United States, Great Lakes Dredge & Dock Corporation (GLDD) informs it has completed the sale of NASDI, LLC and Yankee Environmental Services, LLC, its two subsidiaries that comprise the historical demolition business, to a privately owned demolition company located in the Midwest for US$5.3 million. GLDD points out that it retains the right to collect all outstanding accounts receivable and work in process at the date of close, as well as any outstanding claims… 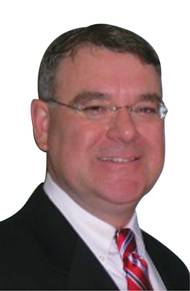 GLDD Reports Dredging Profitable in 2012, Demolition Not So

Great Lakes Dredge & Dock Corp reporte financial results for the final quarter and year ended December 31, 2012. ◦    The above increases were partially offset by decreases in demolition revenue (52%) and coastal protection (previously referred to as beach nourishment) revenue (27%). Significant work was done in the demolition segment in 2012 on projects where revenue was not recognized because of pending change orders. In addition, demolition revenue was higher in 2011 due to the revenue recorded on a large bridge demolition project in Louisiana that did not reoccur in 2012.

The U.S. Army Corps of Engineers (ACE) contract is for deepening NY/NJ Arthur Kill Channel to 50 feet. The contract area for this project is along Newark Bay, New Jersey and the Arthur Kill, Borough of Staten Island, New York, N.Y. Its  value is $41,368,100, cost-shared with The Port Authority of New York and New Jersey. The project includes drilling, blasting, dredging, and disposal of rock. contract will not adversely affect the surrounding communities. The Arthur Kill Channel… 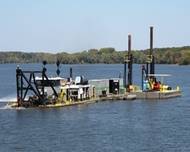 Great Lakes Dredge & Dock Corporation declare a quarterly cash dividend on its common stock. The Board approved a $0.021 per share cash dividend, to be paid on September 14, 2012 to the holders of record of common stock of the Company at the close of business on September 7, 2012. Great Lakes Dredge & Dock Corporation is the largest provider of dredging services in the United States and the only U.S. dredging company with significant international operations. The Company is also one of the largest U.S. providers of commercial and industrial demolition services primarily in the Northeast.

Great Lakes Dredge & Dock Corp. contracts Signal International for construction of hopper barge & tugboat. Great Lakes Dredge & Dock Corporation the largest provider of dredging services in the United States and a major provider of commercial and industrial demolition and remediation services, announce the execution of definitive contracts for the construction of a 15,000-cubic-yard-capacity trailing suction hopper barge and 14,000-horsepower tug. The Company has contracted with Signal International Inc.…