In two major pieces of legislation passed by Congress at the end of 2020 and the beginning of this year, Congress addressed the difficulty that many smaller inland and coastal ports have in obtaining funding for their infrastructure projects. First, on December 11, 2020 Congress passed the William M. (Mac) Thornberry National Defense Authorization Act for Fiscal Year 2021 (NDAA), and on January 1, 2021 overrode President Trump’s veto. Second, on December 24, 2020 Congress passed…

After several false starts, 2021 is the year when the U.S. offshore wind industry begins to realize its potential. This is according to Philip Lewis, Director of Research, World Energy Reports (WER).In an interview with Maritime Reporter TV's Greg Trauthwein, Lewis, whose WER is set to release an intelligence pack that presents a roadmap to the opportunities in the U.S. offshore wind space, says that at least 30 major offshore wind projects are forecast to be developed within this decade.

Ports of Indiana announced that Ian Hirt has resigned after four years as port director of Ports of Indiana-Burns Harbor, effective May 3, 2021. The Ports of Indiana executive leadership team has commenced plans to hire a new port director.During Hirt’s tenure, the northwest Indiana port achieved the following:Implemented numerous environmental initiatives including the adoption of its own stormwater management program authorized by the Indiana Department of Environmental Management…

Port Milwaukee finished 2020 with its highest annual cargo volume in the past seven years.Despite the unusual year's historic and unprecedented difficulties, including pandemic- and flooding-related challenges, overall tonnage for the municipal port and the adjacent private docks in Milwaukee Harbor rose more than 5%, led by agricultural exports and handling of cement.“Port Milwaukee’s resilience was on full display in 2020. We overcame flooding resulting from unusually high water levels on Lake Michigan at the start of the year. 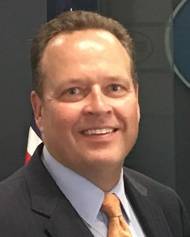 The American Pilots’ Association (APA) announced Clayton L. “Clay” Diamond will assume the duties of Executive Director and General Counsel effective January 1.Diamond succeeds Paul Kirchner, who has been APA Executive Director-General Counsel since 1992. Kirchner will continue with APA as Senior Counsel focusing on issues and projects related to State pilotage and international matters.Diamond, who has been APA’s Deputy Director-Associate General Counsel since 2008, is a graduate of the U.S. Coast Guard Academy.

Port Milwaukee is entering into a lease agreement with Pearl Seas Cruises to give the company priority docking rights for its cruise ships at Pier Wisconsin, the downtown dock immediately east of Discovery World museum. The Board of Harbor Commissioners approved the agreement at its meeting Thursday morning.“Pearl Seas has been a great partner with our port, bringing passengers to our city and establishing Milwaukee as a center of Great Lakes cruising,” Mayor Tom Barrett said.