Golar LNG Limited said that, after almost 20 years of service with the Golar group Graham Robjohns has decided to step down from his position as Chief Financial Officer. In order to facilitate a smooth transition,  Robjohns will remain in his current position until April 30, 2020 while the search for his replacement proceeds.Additionally, Golar LNG Partners L.P. announced that with immediate effect Brian Tienzo will step down as Chief Executive officer of Golar Partners and will focus full time on Golar group financings.

The owner and operator of liquefied natural gas (LNG) carriers GasLog and spin-off GasLog Partners are withdrawing their LNG carriers from their pooling joint venture with Golar LNG.The Cool Pool was launched in September 2015 with 14 tri-fuel diesel engine (TFDE) LNG carriers contributed by three owners: three ships from Dynagas Ltd, three from GasLog Ltd  and eight from Golar LNG Ltd.Golar LNG Limited announced in a press release that due to the potential spin-off of its TFDE fleet into a new pure-play LNG shipping entity, GasLog has decided to withdraw its six vessels from the Cool Pool.

Golar LNG Partners announced that it has entered into a purchase and sale for the acquisition from Golar LNG Limited and affiliates of Keppel Shipyard and Black and Veatch of equity interests in Golar Hilli LLC, which will, on the closing date of the Acquisition, indirectly own the FLNG, Hilli Episeyo. The Acquired Interests represent the equivalent of  50% of the two liquefaction trains, out of a total of four, that have been contracted to Perenco Cameroon SA and Societe Nationale Des Hydrocarbures for an eight-year term.

Change in CEO at Golar LNG

Golar LNG Limited today announced that Doug Arnell has decided to step down as CEO of Golar on February 1, 2015. Mr. Arnell's decision is driven by a personal wish to return with his family to his home country of Canada. Mr. Arnell will be succeeded by Gary Smith, who is well known to Golar and who brings with him a track record of leadership and operational management success in the mid-stream oil and gas, shipping and LNG businesses. Mr. Smith's career spans 35 years, including…

Gary Smith will take over as CEO of Golar LNG limited, taking over for Doug Arnell, who will step down on February 1, 2015. Smith brings a track record of leadership and operational management in the mid-stream oil and gas, shipping and LNG businesses. His career spans 35 years, including 25 years with Shell and Caltex Australia (a Chevron affiliate) in roles including General Manager LNG Shipping for Shell (STASCO) and General Manager Refining, Supply and Distribution for Caltex Australia.

Golar LNG Limited announced that with effect from September 19, 2014, Sir Frank Joseph Chapman has been appointed to the Board of Directors of the Company and will act as the Company's Chairman. Sir Frank Chapman has worked 40 years in the oil and gas industry culminating in a twelve-year period as Chief Executive of BG Group plc. Under Sir Frank's leadership, BG Group grew from the modest UK-based Exploration and Production interests of the old British Gas into an international integrated oil and gas major. Operating profits grew from some $50 million in 1996 to more than $8 billion in 2012.

Golar LNG Limited announced details of an expansion to its fleet, saying that it has entered into two newbuilding contracts for 162,000 cu. m. new buildings with fixed priced options for a further two with the Korean shipbuilder Hyundai Samho Heavy Industries Co., Ltd. One vessel will deliver during the third quarter of 2014 and the other will deliver during the fourth quarter of 2014. The total cost of the two vessels is slightly above $400 million. As with Golar's existing newbuilding orders, the vessels will be delivered with tri-fuel diesel electric engines. 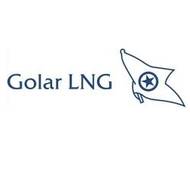 Golar LNG Limited is pleased to announce that it has entered into a firm contract to build four 160,000 m3 LNG carrriers with the Korean shipbuilder Samsung Heavy Industries Co Ltd ("Samsung"). The newbuilding contracts were originally entered into by Companies affiliated with Golar's largest shareholder World Shipholding. Golar has acquired the newbuilding contracts from the affiliated party based on the original contracting terms. Three vessels are to be delivered in 2013 and one in early 2014. The total cost of the four vessels is approximately $800 million.