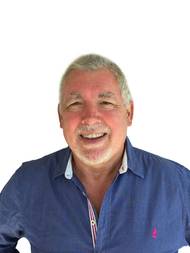 Frank Coles has been appointed as Chief Executive Officer and member of the Board of Directors for Transas Marine, a provider of equipment, software and system integration for the maritime industry. A maritime business professional, Coles brings to the position leadership experience in maritime operations and technology. Coles recently served as an advisor to a number of blue chip private equity companies on maritime opportunities. Before that, he was the President of Inmarsat Maritime, and was previously CEO of Globe Wireless.

Globe Wireless announced  the first of a series of Globe Wireless Satellite Communication Conferences to be held this year. The first will be in Hareid Norway, March 5 & 6, 2013. Dave Kagan, President & CEO of Globe Wireless, will provide opening remarks and will be joined at the event by representatives from Inmarsat, SpeedCast, Jotron and others in the field of satellite communications. The conference will consist of invited guest presenters and cover topics relevant to understanding and maximizing the use and impact of the newest communication solutions…

Globe Wireless announced an exclusive worldwide sales and marketing relationship with CrewCash, LLC (CrewCash), a payments company offering comprehensive prepaid solutions to the commercial maritime industry. CrewCash and ShipMoney is a new prepaid Visa® card program for captains and crew members. The program provides a very efficient and cost effective alternative to the delivery of currency to ships. It is based on reducing the number of cash deliveries and the amount of cash held onboard, thereby significantly reducing costs.

Globe Wireless said that  its latest software release, R6 for Globe iFusion,will be launched in July 2012 and will be a free upgrade to all existing users. The software will feature the following enhancements:  a Fixed-Multiple Voice solution for Fleet Broadband, VSAT auto-recovery tools and a pre-paid/sponsored email solution. R6 for Globe iFusiontakes the existing GlobeMobile multiple voice lines, currently on over 1000 FB vessels, using it as a VoIP solution. This enables multiple…

Globe Wireless, a provider of communications, operational and IT solutions, signed a distribution agreement to sell Jotron B120 VSAT antennas to its maritime customers. This will be part of the Globe iFusion VSAT customized turnkey solution, combined with Inmarsat FleetBroadband, to provide high-speed broadband connectivity with true global coverage. The Jotron B120 is an innovative stabilized antenna offering a simple and clean design. Use of the latest technology allows for high performance from very compact and robust RF and electrical components. 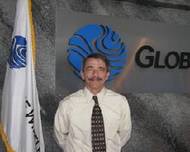 Globe Wireless is pleased to announce that Don Wamsley has joined the company as the Senior Vice President of Customer Care. Mr. Kenneth Jones, Founder and CEO of Globe Wireless commented, “Globe Wireless strives to continuously improve all aspects of the services we provide our customers. The addition of Don to our senior management team reaffirms our commitment to this goal. Prior to joining Globe, Mr. Wamsley previously managed the Global Technical Assistance Center for JDS Uniphase.

Globe Wireless announced that Thomas M. Black has been appointed CFO of the company. Black owned a successful consulting practice, providing financial and strategic guidance to maritime companies. He was a financial partner in Tatum, LLC, and also held multiple positions with Tropical Shipping, including Senior VP of Foreign Operations and CFO. He also served General Manager of Thompson Shipping and Director of Finance for International Shipping Partners. Black holds a Masters degree in Accounting from the University of Illinois and a Bachelor of Science from the University of Miami.

Globe Wireless has been selected by “K” Line to provide a turnkey implementation of the Inmarsat FleetBroadband service. “K” Line is a large ship owner/operators, which includes container ships, car carriers, bulk carriers, gas carriers and tankers. The signed agreement between “K” Line and Globe Wireless entails the up gradation of its service in the vessels presently using the Globe Wireless network. Globe Wireless currently provides voice & data solutions to “K” Line. The roll out of FleetBroadband on the “K” Line ships has already begun.

Globe Wireless has acquired Zynetix, a UK-based company specializing in GSM solutions. Frank Coles President & CEO of Globe Wireless said, “Mariners will use personal GSM handsets without paying premiums for that convenience. By seamlessly blending IP satellite systems such as FleetBroadband, OpenPort and VSAT with the Zynetix technology, Globe has created the perfect maritime GSM solution. Ian Taylor, CEO of Zynetix commented, “We are delighted to join Globe Wireless at this exciting time in the maritime communications market.

Globe Wireless announced the company has renewed its reseller agreement with SingTel. Globe Wireless provides communications and IT services to over 9,600 ships worldwide, and provides SingTel satellite services as a key part of its offering. (www.globewireless.com) (www.singtel.com)

Globe Wireless announced the company has signed a distribution agreement to sell Addvalue FleetBroadband equipment to its maritime customers.  Globe Wireless will offer a turnkey solution with installation, service and repair, as well as airtime and applications.