The dry bulk shipping company based in Athens DryShips Inc. will be acquired by SPII Holdings Inc. a company controlled by George Economou, under which SPII will acquire the outstanding shares for $5.25 per share in cash, without interest.As previously disclosed, DryShips is to be merged into a subsidiary of SPII Holdings, a company controlled by DryShips’ chairman and CEO George Economou.The deal is expected to close in the fourth quarter of 2019. The $5.25 per share price represents…

DryShips, a diversified owner and operator of ocean going cargo vessels, announced that it has agreed to acquire one 2013-built Newcastlemax drybulk carrier and one 2017-built Suezmax tanker, each constructed in China. The vessels will be acquired from entities that may be deemed to be affiliates of Mr. George Economou, the Company’s Chairman and Chief Executive Officer, for an aggregate purchase price of $93.8 million, including the associated bank debt of $50.3 million. The transaction remains subject to documentation and customary closing conditions, and is expected to close in June 2018.

DryShips to Spin Off of Its Gas Carrier Business

Pankaj Khanna has been appointed as President and Chief Executive Officer of Ocean Rig UDW, a global provider of offshore deepwater drilling services,  effective January 1, 2018. Khanna is 47 years old with 29 years of varied experience in the maritime & offshore industry. He last served as Chief Executive Officer of Pioneer Marine Inc, a drybulk company that he founded in 2013. Prior to his position at Pioneer Marine Inc Khanna served as Chief Marketing Officer at Ocean Rig UDW Inc. from January 1, 2012 to October 2, 2012. Mr. Khanna served as the Chief Operating Officer of DryShips, Inc.

DryShips Inc, a diversified owner of ocean going cargo vessels, announced that it has taken delivery of the previously announced 115,666 deadweight tons Aframax tanker built in 2012, which will be employed in the spot market. "Since the commencement of our acquisition program, in addition to the above, we have successfully taken delivery of a total of three vessels," the company said in a statement. On May 10, 2017, one Kamsarmax drybulk vessel built in 2014 of 81,918 deadweight tons. On May 2, 2017, one Newcastlemax drybulk vessel built in 2014 of 205,855 deadweight tons.

Greece-based DryShips, a diversified owner of ocean going cargo vessels,  entered into an agreement with an entity affiliated with the Company’s Chairman and CEO, George Economou, to acquire one 158,000 deadweight tons Suezmax tanker currently under construction in China. The Company will finance the total gross purchase price of approximately $64.0 million using cash on hand and expects to take delivery of the vessel during May 2017. The vessel will be time chartered back to…

DryShips Inc has entered into a one year time charter with a major grain house for one of its 206,000 dwt Newcastlemax drybulk vessels for an expected duration of about one year. The Company anticipates a total gross backlog of $7.1 million, and the contract to commence upon the delivery of the vessel, expected before the end of April 2017. Mr. DryShips is a diversified owner of ocean going cargo vessels that operate worldwide. The Company owns a fleet of 13 Panamax drybulk vessels…

DryShips Inc. has entered into agreements to acquire six vessels for a total gross price of $268 million. It has also entered into an agreement with Kalani Investments Limited. These vessels are comprised of one Aframax tanker built in 2012, three Kamsarmax drybulk vessels, one currently under construction and two built in 2014, and two very large gas carriers (VLGCs) currently under construction pursuant to the previously announced "zero cost" option agreement. The Aframax and the two second-hand Kamsarmaxes are expected to be delivered in the second quarter of 2017…

DryShips Inc. has entered into agreements with unaffiliated third parties to acquire four Newcastlemax bulk carriers of approximately 206,000 DWT and with an average age of 3 years. The company expects to take delivery of the vessels before the end of June 2017. DryShips will finance the total gross purchase price of approximately $124 million using cash on hand. Current liquidity stands at approximately $455 million. Two of the vessels will be employed under time charter contracts, while the other two will trade in the spot market.

DryShips Sails Back into Tanker Market with Two Modern Vessels

International law firm Wikborg Rein has further strengthened its leading presence in the shipping and offshore and onshore construction sectors with the appointment of three key senior hires to its London offices. Nick Shepherd has joined as a partner from Ince & Co, where he was most recently the head of that firm’s office in Piraeus, Greece. Nick has a market-leading reputation as an 'owner's lawyer' for the Greek shipping market, where he is the first-choice lawyer for a number of the largest shipping groups… 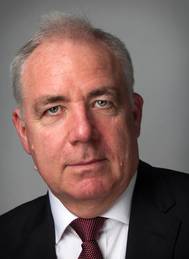 International law firm Wikborg Rein has further strengthened its leading presence in the shipping and offshore and onshore construction sectors with the appointment of three key senior hires to its London offices. Nick Shepherd has joined as a partner from Ince & Co, where he was most recently the head of that firm’s office in Piraeus, Greece. According to Wikborg Rein, Shepherd has a reputation as an 'owner's lawyer' for the Greek shipping market, where he is the first-choice lawyer for a number of the largest shipping groups…

DryShips an international owner of drybulk carriers and offshore support vessels, today announced that it has entered into an agreement to increase its secured revolving facility (“Revolver”) provided by an entity controlled by the Company’s Chairman and CEO, Mr. George Economou. The Revolver was amended to increase the maximum available amount by $10 million to $70 million, to give Dryships an option to extend the maturity of the facility by 12 months to October 21, 2019 and to cancel the option of the lender to convert the outstanding loan to DryShips common stock.

Ocean Rig UDW Inc., a global provider of offshore deepwater drilling services, announced  that two of its drilling contracts have been terminated. The Nasdaq-listed drilling affiliate of DryShips said that Total E&P Congo has terminated its long-term charter of the ultra-deepwater drillship Ocean Rig Apollo, which is currently deployed in Congo and will be demobilised “in due course”. As per the contract Ocean Rig is entitled to a termination fee that varies from 50% to 95% of the operating daily rate that will be payable over the balance of the contract.

Greek ship owner DryShips plans to add six support vessels to its fleet by acquiring a large stake in Nautilus Offshore Services. Dry bulk shipowner DryShips has entered into an agreement to acquire approximately 98% of Nautilus OffShore Services Inc. for a purchase price of $87 million plus the assumption of approximately $33 million of net debt. Nautilus indirectly through its subsidiaries owns six Offshore Supply Vessels of which four are Oil Spill Recovery Vessels (OSRVs) and two are Platform Supply Vessels (PSVs)…

DryShips to Sell 17 Vessels for a Huge Loss

DryShips Inc. a global provider of marine transportation services for drybulk cargoes, and through its affiliate, Ocean Rig UDW Inc., of off-shore contract drilling oil services, announced today that it has entered into firm sales agreements with entities controlled by the Company’s Chairman and Chief Executive Officer, George Economou, to sell 17 vessels. The 17 vessels, comprised of 13 Capesize and 4 Panamax bulk carriers, are being sold for an aggregate price of $377.0 million…

The Athens, Greece-based DryShips reported a $1.44bn loss in the second quarter but delivered an operational profit that was in-line with expectations. DryShips is an international provider of marine transportation services for drybulk and petroleum cargoes, and through its affiliate, Ocean Rig,  of offshore deepwater drilling services. The company has a loss of $2.17 per share. Earnings, adjusted for non-recurring costs and asset impairment costs, were 6 cents per share. The results fell short of Wall Street expectations.

DryShips Inc. a global provider of marine transportation services for drybulk and petroleum cargoes, and through its majority owned subsidiary, Ocean Rig UDW Inc. of offshore deepwater drilling services, announced today that  Ocean Rig closed the previously announced offering of 28,571,428 shares of its common stock par value $0.01 per share, at a price of $7.00 per share. As part of the offering, George Economou, Ocean Rig’s Chairman, President and Chief Executive Officer, purchased $10 million…

Ocean Rig UDW Inc has launched an offering of its common stock, par value $0.01 per share. As part of this offering, George Economou, our Chairman, President and Chief Executive Officer, has indicated his intention to purchase, at the public offering price, a number of common shares that maintains his direct ownership in Ocean Rig, representing approximately five percent of its common stock. The NASDAQ-traded currently has 132.32m shares of common stock outstanding, which are currently trading at $8.09 per share.

The Athens, Greece-based DryShips Inc. (DRYS) has reported a loss of $59.2 million in its first quarter. DryShips is an owner of dry bulk carriers and tankers that operate worldwide. The company said it had a loss of 9 cents on a per-share basis. Earnings, adjusted for non-recurring costs, were less than 1 cent on a per-share basis. The operator of oil rigs and dry cargo carriers posted revenue of $492.1 million in the period. The Company reported Adjusted EBITDA of $242.1 million for the first quarter of 2015, as compared to $200.6 million for the first quarter of 2014.