Norwegean shipping company Grieg Star has taken the 64,000 DWT Star Gaia on a long term tariff contract (lTTC) deal for seven years.Star Gaia is a part of the G2 Ocean bulk pool. G2 Ocean is a joint venture of two of the breakbulk and bulk shipping companies: Gearbulk and Grieg Star.Star Gaia is a newbuild conventional bulk vessel, built at Mitsui Chiba Shipyard in Japan. She was named and delivered to us on the 27th of November, with our Head of Finance, Nicolai Hafeld Grieg, present.“We are happy to strengthen our conventional bulk position with this LTTC vessel.

G2 Ocean,  a joint venture of two of the world's leading breakbulk and bulk shipping companies - Gearbulk and Grieg Star, has opened a new office in Hamburg, Germany, to achieve a stronger market position, and in response to increasing demand for project cargo services.“Germany is the manufacturing and engineering capital of Europe, and by establishing a base here, we are able to further enhance our business and service offerings in the region,” Vice President Innovation/Project Cargo Leif Arne Strømmen in G2 Ocean said.G2 Ocean’s newest addition to the team…

G2 Ocean, a joint venture of two of the world's leading breakbulk and bulk shipping companies - Gearbulk and Grieg Star, hired three new Senior Project Cargo Managers and opens offices in Houston and Hamburg.Since the launch of G2 Ocean in 2017, the company has worked strategically to achieve a stronger position within the project cargo segment.“Our project cargo results are continuously improving, and I am impressed by our team’s efforts. However, we have high ambitions for the future and to stay on target…

The new dry bulk shipping company G2 Ocean and emerging markets specialists Manuchar have announced the successful trial of CargoX’s blockchain-based Smart Bill of Lading (B/L) Solution, and in doing said the traditional bill of lading is “ready for retirement."According to a statement form G2 Ocean, a joint venture of two of breakbulk and bulk shipping companies - Gearbulk and Grieg Star, the two companies concluded their test of the blockchain-based B/L system in April.“Paper Bills of Lading are already considered a historic artefact.

Jotun:ISO 19030 standard can make $30 bln impact on the industry

The International Organization for Standardization (ISO) has now published the long-awaited ISO 19030, a new standard conceived to measure changes in ship-specific hull and propeller performance. According to Jotun, which has led the industry in the standard’s development, the move has the potential to reduce the industry’s green house gas emissions by 10%, while saving operators up to USD 30 billion in annual energy costs. ISO 19030 has been more than three years in the making.

Jotun has analysed the first ever five year dry-docking of a vessel treated with its Hull Performance Solutions (HPS) system. The data revealed that Gearbulk’s Penguin Arrow, coated with Jotun’s SeaQuantum X200 in September 2010, recorded a staggering estimated fuel saving and CO2 emission reduction of USD 1.5million and 12,055 tonnes respectively, across the 60-month period. Jotun’s proprietary HPS offer combines the application of an advanced antifouling coating, a specialised application procedure, a full suite of sensors that record hull performance and a high performance guarantee.

Clipper Group has appointed Peter Norborg new Group CEO, succeeding current chief Frank G. Jensen, who will continue with the company as Chairman of the Board. Norborg will commence work in Clipper on April 1, 2016. Norborg, 49, comes from a position as Chief Operating Officer at Switzerland-based open hatch/dry bulk company Gearbulk, a position he has held since 2012. Before that, he spent 14 years at D/S Norden, latest as Executive Vice President and Head of Dry Cargo division. Peter holds an EMBA from IMD Business School.

Sustainable Shipping Initiative leans on shipping ahead of COP21

The Sustainable Shipping Initiative (SSI) is stepping up pressure on the shipping industry ahead of the COP21 Climate Change Conference in Paris, says The Chamber of Shipping of British Columbia. SSI want the IMO to support the UNFCCC global CO2 reduction targets on the basis that climate change is one of the biggest risks to the future of global trade and to the shipping industry. In its response, the International Chamber of Shipping (ICS) has pointed out that mandatory CO2…

Bergen-based Gearbulk said the Bulk Jupiter en route from Malaysia to China has sunk off Vietnam with only one man known to have survived. A Norwegian cargo vessel has sunk off Vietnam. Bergen-based Gearbulk says only one of the 19 Filipino crew members was known to have survived. According to Vietnamese authorities and the Philippine Department of Foreign Affairs, two bodies have been recovered. The lone survivor was the chief cook on the ship, but he is refusing to cooperate with rescuers…

Vessel Sinks with All Filipino Crew

Inchcape Shipping Services appoints new General Manager for Brazil, Capt. Mariano Martinoia. Capt. Martinoia will be based in Rio de Janeiro, at the company’s head office for Brazil. He will be responsible for managing ISS’ nine Brazilian offices which cover all the country’s ports. A graduate of the Argentinean Merchant Navy, Mariano served as Captain for 10 years. His experience includes working for Maruba Line as an operator developing regional expertise in USA, the Orient and South America in the handling of container, breakbulk cargoes and bulk carriers. 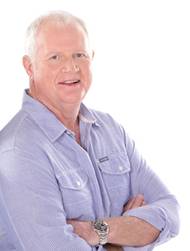 Wilhelmsen Ships Service (WSS) has appointed Brendon Hawley as its new Regional Operations Manager for Asia Pacific. Based in Jakarta, Indonesia, he will be responsible for all operations throughout Indonesia reporting to GM  Cato Nordskog. Hawley said: “I am very much looking forward to becoming part of the Wilhelmsen Ships Service team within Asia Pacific and am excited about the challenges ahead. The region is one of growth and expansion and I am starting my role at a key time…

Following an election, the International Bunker Industry Association (IBIA) has appointed Robin Meech (Marine and Energy Consulting) and Ciric Cheung (Fratelli Cosulich Bunkers HK) to its board from 1 April 2012. They replace previous IBIA chairman Mike Ball (Gearbulk UK) and Mustafa Muhtaroglu (Energy Petrol) who have served seven and nine year terms of office respectively. Trevor Harrison was re-elected to serve another term.   The announcement was made at the IBIA Annual Dinner in London by Vice Chairman Nigel Draffin who, as previously announced, becomes Chairman on 1 April.

More and more ship owners turn to Becker Marine Systems for rudder conversions of vessels already in service. The easy installation of a new Becker Rudder System can dramatically improve manoeuvring performance and reduce fuel consumption. Becker Marine Systems’ After Sales Team has long been known for quality and flexibility when it comes to refurbishing Becker Rudders that have been in service for decades. In case of a general overhaul of a Becker Rudder, the Becker specialists…

High and increasing demand from international shipowners and local shipyards has led lifeboat and davit manufacturer Schat-Harding to invest in a state-of-the-art lifeboat servicing facility in Shanghai, China. Umoe Schat-Harding LSA Service (Shanghai) Co Ltd began work as a company in its own right in December 2009. Located in Pudong Shanghai, with service offices in Guangzhou and Qingdao, it is a development of Schat-Harding's fast growing Chinese servicing network. "We started a service station in China in 2006 in Qingdao…