The $21.3 billion Arctic liquefied natural gas (LNG)-2 project on the Gydan Peninsula headed by the Russian largest independent natural gas producer Novatek won a green light on Thursday.The project will have a production capacity of 19.8 million tons per year (Mt/y) and is expected to export its first LNG cargo by 2023, the second and third train to start up by 2024 and 2026.Total has a direct 10% interest in Arctic LNG 2 alongside Novatek (60%), CNOOC (10%), CNPC (10%) and a Mitsui-Jogmec consortium, Japan Arctic LNG (10%). 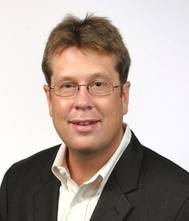 Netherlands-based maritime transport solutions provider Royal Wagenborg said that its vessel m.v. Alaskaborg completed a special voyage from the Baltic to the Far East.The 15,750 DWT geared vessel from the Wagenborg fleet combined a bulk cargo and project cargo in both box-shaped holds. With this voyage, the m.v. Alaskaborg again demonstrates the flexibility and possibilities of the Wagenborg fleet.First in Tornio, Finland, the ice-classed Alaskaborg loaded 13.000 tonnes of ferrochrome.

Liquefied natural gas exports from Novatek's Yamal terminal in the Arctic have come on stream faster than expected over the summer and exceeded volumes from Russia's only other LNG facility, Sakhalin, for the first time in August.The pace of commissioning the multi-billion dollar project has surprised a market used to chronic delays. Additional volumes from the start of another facility should now come in time for the northern hemisphere winter, a time of price spikes.Novatek said earlier this week it had begun commissioning the third train…

Since the beginning of the year the Port of Hamburg has offered an optimized service portfolio for handling ultra-heavy loads. With an unit load capacity of 600 tons, ‘Enak’ is the most powerful salvage/floating crane in Germany. This heavyweight was formerly stationed in Bremerhaven. The new owner Lührs Schifffahrt, who acquired 'Enak' from Bugsier Reederei, has transferred the floating crane to Hamburg.As a universal port, Hamburg offers a wide range of waterside cargo handling services. Along with containers and bulk cargoes, these naturally also cover conventional general cargoes.

Maritime software, services and data analysis provider NAPA said it has updated its performance monitoring and reporting systems to enable simple, straightforward compliance with EU Monitoring, Reporting and Verification (MRV) legislation. Users of NAPA Shipping Solutions, ClassNK-NAPA GREEN and NAPA-DSME Power can easily generate MRV reports and include their performance monitoring software as their data collection method in the monitoring plan due on August 31, 2017. From January 1…

Clayton To Join Clarkson Board

Clarkson PLC announced that Marie-Louise Clayton will join the Board as a Non-Executive Director with effect from 1 January 2017. She will take over as Chair of the Audit Committee following the Annual General Meeting in May 2017 when James Morley, who has been a Non-Executive Director for nine years, will retire from the Board. Marie-Louise Clayton brings a wealth of financial and strategic experience from a broad range of businesses from technology and manufacturing to sugar processing, power and energy.

IRClass Academy, the training arm of the Indian Register of Shipping (IRClass), has delivered a six-day training program on naval shipbuilding for the officers and members of the Warship Overseeing Team of the Indian Navy and managers from India’s leading naval shipyards. Organized in parallel streams for Hull and Machinery, the training program  focused on supervision of naval ship construction and integrated a wide range of specialist processes from steel-forming, welding and hull fabrication…

As announced on 5 November, Rolls-Royce has accelerated its cost reduction efforts and outlined additional restructuring charges that will reduce the expected underlying profit in 2014 and 2015 by around £60m in both years, subject to employee consultation. Excluding these charges, our guidance is unchanged for 2014, 2015 and the medium-term outlook, as outlined on 17 October. The sale of Energy gas turbines and compressor business to Siemens is expected to complete before year-end.

Rolls-Royce is proud to announce that BG Group has selected the Trent 60 DLE industrial gas turbine as the driver for the main refrigeration compressors in the proposed Lake Charles LNG Export project in Louisiana, USA. BG Group and Rolls-Royce have also agreed the terms of a Long Term Service Agreement covering the support and maintenance of the equipment for up to 25 years that will help deliver high levels of availability for this important LNG plant. Both the equipment and service contracts are expected to be activated in the first half of 2015…

GE Marine and Dalian Shipbuilding Industry Company (DSIC) announced at the SMM 2014 exhibition they have received Approval in Principle (AIP) for their jointly developed gas turbine-powered LNG carrier design. The AIP, issued by Lloyd’s Register, was sought for this LNG carrier since this is an innovative and novel concept not covered by traditional classification rules. It was late 2013 when the three companies initially announced the gas turbine LNG design and then swiftly set out to obtain AIP. 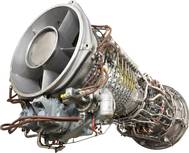 GE Marine and Lloyd’s Register report they have signed a Memorandum of Understanding (MOU) to identify potential gas turbine-powered commercial ship projects. GE Marine is one of the world’s leading manufacturers of marine propulsion systems, products and services. Lloyd’s Register helps clients to safely design, build and maintain ships, oil rigs, rail networks and power stations, and is a key player in supporting innovation in shipping - to reduce both environmental impact and to improve ship performance.

France Picks: GE is the One for Alstom

France chose General Electric to form an alliance with Alstom on Friday - rejecting an offer from Siemens and Mitsubishi Heavy Industries - but said the deal still needed some work and added it would buy a 20 percent stake in the hotly-contested company. Economy Minister Arnaud Montebourg said he had used a newly- created state decree to reject both of the existing offers as not being in France's strategic interest, and had formulated fresh demands to GE Chief Executive Jeff Immelt.

Alstom's arch rival Siemens wants talks with the struggling French engineering group, the German company said on Sunday, the day General Electric boss Jeff Immelt is due in Paris to thrash out a deal to buy Alstom's global power arm. Siemens said in a statement that it had written a letter to "signal its willingness to discuss future strategic opportunities" with the French group. France's government has said it wants to find alternatives to the GE offer, which sources say puts a value of $13 billion on the turbines and power grid equipment business and could be announced in days. 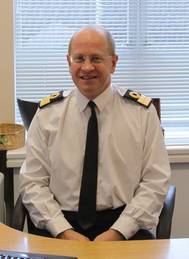 Braemar Adjusting continues its global expansion with the addition of one director in London, two directors in Houston and an energy adjuster in Singapore. Ian McInroy re-joins Braemar’s London office as a Director in October 2013 from a leading international insurance broking and consultancy group, where his primary responsibilities were to design risk transfer programs for offshore energy construction projects and advise clients on the terms and conditions of their energy contracts. 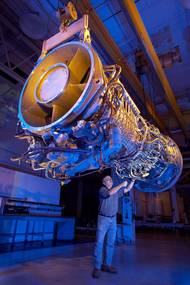 GE Marine has received an order to supply one LM2500+G4 aeroderivative marine gas turbine to Avio Aero of Turin, Italy, a GE Marine System Supplier. The gas turbine will power the French Navy’s ninth FREMM frigate. Through Avio Aero, at least 18 LM2500+G4 gas turbines will provide propulsion for the Italian-French FREMM program, which includes six ships for the Italian Navy, 11 ships for the French Navy, and one ship for the Royal Moroccan Navy. Other international navies are considering the FREMM frigate for use in their fleets.

Dual-fuel Ferry Claimed to be the World's Speediest Ship

Incat Tasmania’s dual-fuel vehicle & passenger ferry 'Francisco' has attained 58.1 knots operating on LNG fuel only. Francisco has been constructed for South American company Buquebus, for service on the River Plate, between Buenos Aires Argentina and Montevideo, Uruguay. With water ballast removed, and with both Port and Starboard Gas Turbines operating on LNG; Francisco achieved 58.1 knots at 100% Maximum Continuous Rating (MCR), which the Australian builders take to be a world record…

GE continues to expand its technology portfolio to address the challenges of offshore drilling & production and the rigors of deepwater drilling. Several GE business units showcased their latest products and services for the offshore sector in at the 2013 Offshore Technology Conference (OTC), which was expected to draw nearly 90,000 attendees. “With one of the industry’s most comprehensive portfolios of advanced technology solutions and services, GE Oil & Gas is helping to solve complex challenges all around the world,” said Dan Heintzelman, president and CEO of GE Oil & Gas.

USS Makin Island (LHD 8) is the last in a series of 8 amphibious assault ships of the WASP-class built by Northrop Grumman Shipbuilding at its Pascagoula, Miss. shipyard. Though last, it is the first in the series fitted with hybrid electric gas turbine propulsion, and recently returned to its San Diego homeport after its first deployment. “During the seven-month deployment, the ship’s hybrid-electric propulsion system saved more than four million gallons of fuel resulting in an estimated cost savings in excess of $15 million,” the Navy claims.

GE Technology will be used on 4 new Floating Production, Storage & Offloading Units (FPSOs) for the Santos Basin (São Paulo State), in the Pre-Salt Fields. GE Oil & Gas wins the contract worth more than US$500-million to supply turbomachinery equipment and services to Petrobras, a world leader in deep-water oil production. The contract will serve the four new floating production, storage and offloading units (FPSOs P-74, P-75, P-76 and P-77) in the Cessão Onerosa region of the Santos Basin pre-salt fields, in the state of São Paulo.