Puget LNG and GAC Bunker Fuels have signed a memorandum of understanding to cooperate in the supply of liquefied natural gas (LNG) marine fuel from Puget LNG’s terminal to GAC’s customers in the Pacific Northwest.When the Tacoma LNG Terminal becomes operational in the second quarter of 2021, it will be the first such terminal on North America’s west coast providing direct shoreside loading access for a bunker barge.GAC Bunker Fuels, a division of the Dubai-based GAC Group, will issue a Request for Proposal (RFP) for a Jones Act-compliant LNG bunker barge to be constructed… 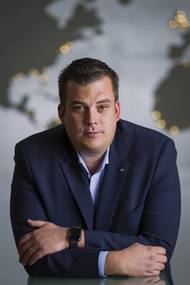 The GAC Group said Monday it has opened a new office just north of Hamburg to provide support for some of the 14,000+ vessels that call at German ports every year.Headed by Thies Holm, GAC Germany will offer ship agency, husbandry, bunker fuels, dry dock and other services, working alongside the group’s ship spares logistics specialist, GAC Marine Logistics GmbH, which has been operating at the port since 2014.Group Vice President, Europe & Africa, Thomas Okbo said, “With the establishment of GAC Germany…

New solution will increase efficiency in launch services, improve productivity, and accelerate automation and digitalization of manual, time-consuming pier operations.Port management software provider Innovez One is embarking on a collaboration to automate and digitize Singapore’s last-mile delivery of launch operations at its Marina South Pier (MCP) and West Coast Pier (WCP). This project is one of the 11 Joint Industry Projects recently awarded by the Maritime Port Authority and announced by Chee Hong Tat…

The GAC Group has opened an office in Gibraltar.Strategically located at the entrance to the Mediterranean Sea, the port of Gibraltar serves as the primary supply point for passing ships. According to the Gibraltar Port Authority, approximately 60,000 vessels transit the Strait of Gibraltar every year, with nearly 240 million gross tonnes of vessel calls in 2018 alone.

As part of its European growth strategy, the GAC Group has opened its first office in the Republic of Ireland, providing a wide range of shipping services to vessels at the country’s ports as well as in Northern Ireland.GAC Ireland provides ship agency services at all major Irish ports to a range of customers operating in sectors from tankers and dry cargo to offshore and navy vessels. Through its base in Cobh, near Cork, and the Group’s extensive regional and global network, GAC also offers customers joint agency solutions between Ireland and the UK… 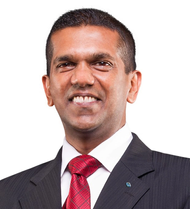 Business veteran Ravi Edirisinghe has been appointed Director/Chief Executive Officer of GAC Group of companies in Sri Lanka.He brings to his new role 27 years of knowledge and experience in strategic planning, business development and re-engineering, supply chain management, logistics and project management in diverse industries to this role. He is responsible for the strategic growth and business direction of the Group comprising GAC Shipping Ltd, GAC Marine Services Pvt Ltd and GAC Logistics Ltd. 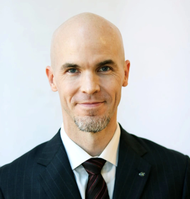 Daniel Young has been appointed as GAC’s Group Marketing Manager, covering the eastern United States, eastern Canada, and the Caribbean.He brings to his new role 15 years’ port agency and logistics experience drawn from a diverse working background that includes business development for both commercial and government customers, port operations management and freight forwarding. Young’s appointment reflects the Group’s continuing drive to fully understand and meet the needs of its customers by drawing on its strengths and versatile, integrated range of shipping and logistics services.

A GAC Group-owned office is now operational in Panama, providing a wide range of shipping services to vessels calling at Panamanian ports or transiting the Panama Canal.Bob Bandos, GAC’s Group Vice President – Americas, said, “As a global ship agency, GAC has a growing base of customers and prospects utilizing the Panama Canal, so it was imperative to set up our own office here. Our expansion into Panama reaffirms the Group’s long-term commitment and investment in the Americas region.

The GAC Group has appointed industry veteran and current Chair of the Swedish Shipbrokers Association, Johan Ehn, as Managing Director of its operation in Sweden.Ehn started his career in shipping in 1989 when he joined Swedish Maritime AB, and subsequently gained logistics expertise as a partner in a freight forwarding business, before establishing his own company. He also served as Managing Director of Georg Hansen AB, and Head of Commercial with APL line in Gothenburg. In addition to his active role in the Swedish Shipbrokers Association… 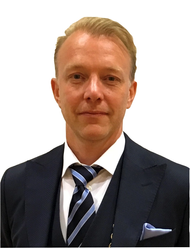 New Hands at the Helm for GAC Sweden

The GAC Group has appointed industry veteran and current Chair of the Swedish Shipbrokers Association, Johan Ehn, as Managing Director of its operation in Sweden. Ehn started his career in shipping in 1989 when he joined Swedish Maritime AB, and subsequently gained logistics expertise as a partner in a freight forwarding business, before establishing his own company. He also served as Managing Director of Georg Hansen AB, and Head of Commercial with APL line in Gothenburg. In addition to his active role in the Swedish Shipbrokers Association… 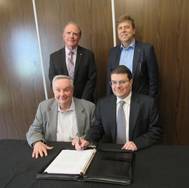 GAC LNG Services said it has secured a global contract to provide voyage management services to Translux Limited as they enter the liquefied natural gas (LNG) business.GAC LNG Services, officially formed in 2016, provides a full-service solution for the sector, covering charterers’ vessel operations, as well as technical and commercial information. Under the Translux agreement, GAC’s global network of offices and approved agents will support operations, which will be overseen by GAC LNG Services in Houston.Bob Bandos…

New temperature- and humidity-controlled facility brings total capacity in Dubai to over 170,000 pallet positionsGAC Dubai has opened its newest contract logistics facility, in the Logistics District of Dubai South. The new facility adds to the company’s existing contract logistics capacity and complements established facilities in the Jebel Ali and Dubai Airport Free Zones, bringing total capacity in the Emirate to over 170,000 pallet positions dedicated to customers active in the local and regional markets.The 45… 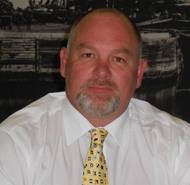 For the second consecutive year, GAC Dubai has been named the FMCG Supply Chain of the Year in the Logistics Middle East Awards. The 2018 award, like last year’s, acknowledges the company’s service to the Middle East’s busy Fast Moving Consumer Goods (FMCG) sector. The win recognizes GAC Dubai’s procedures, training and technology deployed in ensuring a seamless, safe and efficient cold chain and consistent commitment to providing supply chain management services to the sector.

GAC Logistics Sri Lanka and Hemas Transportation have opened a new 30,000m² container yard with a capacity of 6,000 TEUs at their joint integrated logistics facility in the Muthurajawela Industrial Zone, Wattala. It is the latest development in the partnership between the two companies, under the name Spectra Logistics, which was announced a year ago at the facility’s groundbreaking ceremony. Work has already begun on the next phase, with a distribution centre due to be completed by June this year.

GAC Sri Lanka has partnered with Hemas Transportation to build an integrated logistics facility in Muthurajawela Industrial Zone in the western part of Sri Lanka. It will comprise a state-of-the-art distribution center, a container yard and a 15-acre warehouse. A groundbreaking ceremony, graced by the Prime Minister of Sri Lanka, the Honorable Ranil Wickramasinghe, was held. The facility is expected to be operational by early June 2017 and the distribution center by February 2018.

Dubai Maritime City Authority (DMCA) officials recently met with officials of maritime company GAC Group to discuss current and future aspects of maritime freight and logistics services in light of the successive achievements of Dubai which ranked in the top 10 Maritime Capitals for 2017. According to DMCA , the move is in line with the its commitment to establishing direct communication channels with leaders of the global maritime industry with a presence in Dubai, and forms part of its continuous efforts to drive the growth of the local maritime cluster…

US-based Chevron Shipping Company (CSC) has awarded  the Dubai-based GAC Group a global three-year ship agency contract for both crude and LNG vessels. The new agreement secures the provider of shipping, logistics and marine services GAC’s status as Chevron’s exclusive global agent in a partnership that spans more than 20 years, more than 15 of which have seen GAC as its sole global agent. Operations will be overseen by GAC Hub Agency offices in Dubai, Houston and Singapore with support from GAC’s network of offices and approved agents worldwide.

GAC Dubai has broken ground on the site of its newest contract logistics facility that will bring its total capacity to more than 200,000 pallet positions serving customers active in the local and regional markets. Construction of the three chamber warehouse and executive office complex in the Logistics District of Dubai South is due to be completed in the fourth quarter of 2017, with operations expected to go live in January 2018. It will add to GAC’s existing contract logistics capacity and complements established facilities in the Jebel Ali and Dubai Airport Free Zones.

Forecasts and route planning tools from GAC-SMHI Weather Solutions are playing a key role in a European Union initiative to promote safer and more efficient shipping. The Sea Traffic Management (STM) Validation Project, developed by a European Consortium led by the Swedish Maritime Administration, aims to make merchant shipping safer, smoother and more efficient by tackling the fact that international shipping remains relatively unregulated. The route chosen by a ship is often unknown to other vessels – something which can increase the chances of collisions, near misses, congestion and delays.