Shipping group CMA CGM has agreed to buy a 30% stake in French airline company Groupe Dubreuil Aero as it continues to extend its presence in non-maritime transport.CMA CGM, the world's fourth-largest container shipping firm, said in a statement on Wednesday that it would acquire the stake through a capital increase and acquisition of ordinary shares and would obtain two seats on the board of Dubreuil Aero.CMA CGM's investment would total 70 million euros and it hoped the deal would be finalised before the end of the year…

Islamist insurgents have captured a heavily-defended port in the far northern Mozambique town of Mocimboa da Praia, close to the site of natural gas projects worth some $60 billion, local media reported on Wednesday.It was one of several attacks on the town - 60 km (37 miles) south of the projects being developed by oil majors like France's Total - this year as insurgents with links to Islamic State have stepped up attacks in the region. 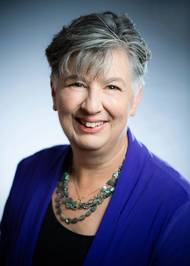 European short sea Ro-Ro specialist CLdN introduced a new call at the Port of Liverpool, opening a pure RoRo service in a triangle trade between Santander (ES), Liverpool (UK) and Dublin (IE).The new service will operate a weekly loop connecting Spain directly to the UK and Ireland. This will bring the total number of calls from Iberia to Liverpool to eight.Market uncertainty has presented a number of ongoing issues in the supply chain for business’s across the UK. Supply chains are having to develop new models of working in response to the demands placed on them. 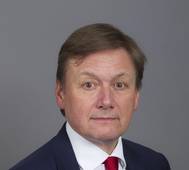 The coronavirus pandemic has brought the UK's vulnerabilities to the fore. However, breakdown presents an opportunity for breakthrough to create a more resilient UK through COVID-19 recovery, writes Charles Hammond, chief executive of the Forth Ports Group.With the end of the Brexit transition – or negotiating – period six months away, the need for purpose is clearer than ever.Having just completed the construction of a new £250 million Brexit-ready and COVID-19 compliant freight ferry terminal – Tilbury2 – at London’s major port…

Gauging the market impact of Italian shipyard Fincantieri's bid for France's Chantiers de l'Atlantique is proving difficult and is likely to take some time, the European Union's antitrust chief Margrethe Vestager said on Tuesday.Italy sees the deal by Europe's largest shipyard as an opportunity to create a European industrial champion in the shipbuilding industry to better compete with rivals from Asia and other regions.EU antitrust enforcers, however, worry the deal between two global leaders in an already concentrated and capacity-constrained market could push up prices for cruise ships.The

CMA CGM expects activity in the shipping sector to bottom out during the second quarter as countries emerge from coronavirus-related lockdowns and ship operators adjust capacity, the France-based group's finance chief said.The world's fourth-largest container shipping line had anticipated a 15% year-on-year drop in its volumes in the second quarter, after a 4.6% decline in the first quarter, Chief Financial Officer Michel Sirat said."I think that the second quarter will be the low point," he told Reuters by telephone.

Andreas Enger will replace Thor Jørgen Guttormsen as CEO of Höegh Autoliners effective September 8, 2020.Enger has served as an advisor to Höegh Autoliners for more than a year and became CFO in September 2019.Prior to joining Höegh Autoliners, he was a partner at Deloitte, leading its Nordic strategy practice. Earlier in his career Enger was a partner at McKinsey & Co and subsequently held senior executive positions at Norske Skog, PGS and Peterson Packaging. He holds a MSc in Engineering Cybernetics from NTNU in Norway, and an MBA from INSEAD in France.

A prohibitive Chinese import tariff on Australian barley will benefit other suppliers without changing the bleak global outlook caused by large stocks and depressed beer demand, analysts and traders said.Beijing said on Monday it would apply an 80.5% tariff on Australian barley imports for the next five years, a move expected to all but halt flows from its main supplier.“This should benefit Canada and France that have plenty of stock this year,” Helene Duflot of French consultancy Strategie Grains said.

Shipping group CMA CGM has obtained a 1.05 billion euro ($1.1 billion) loan to be 70% guaranteed by the French government as it seeks to bolster its cash position during the coronavirus pandemic, which has hammered international trade.The loan, secured from a consortium of banks comprising BNP Paribas, HSBC and Société Générale, has an initial one-year maturity and an extension option of up to five years, Marseille-based CMA CGM said in a statement on Wednesday.France is offering guarantees to support billions of euros in loans for French companies to help them survive the economic fallout fro

French soft wheat shipments outside the EU last month reached a four-year high for April, Refinitiv data showed, as exporters continued to ship high volumes during the coronavirus pandemic.Soft wheat exports to destinations outside the European Union totalled 1.56 million tonnes, the highest April volume since the 2015/16 season, an initial estimate based on Refinitiv loading data showed.The April volume was about 70,000 tonnes lower than non-EU soft wheat exports the previous month, which marked the highest monthly total so far in the 2019/20 July-June season.Exporters have faced transport an

Owners of a factory ship moored off southern France which normally turns seawater into bottled mineral water have converted it to make sanitizing solution in the fight against the coronavirus.At the start of the year, the 179-meter long Odeep One began making bottled water pumped from the depths of the Mediterranean but since April 1 the plastic bottles which roll off its production line have contained alcohol solution instead.The French owners of the Panama-flagged ship currently produce just over 43…

Intermodal Supply Chains Strain Under the Weight of Coronovirus Lockdowns

LONDON/MADRID/LOS ANGELES, March 23 - Freight carriers are struggling to deliver goods by land, sea or air as the coronavirus pandemic forces Western governments to impose lockdowns, threatening supplies of vital products including medicines into the most affected areas, such as Italy.While China's draconian steps to stop the spread of the virus are now allowing its economy slowly to come back online, supply chains are backing up in other parts of the world.Problems ranging from…

Freight carriers are struggling to deliver goods by land, sea or air as the coronavirus pandemic forces Western governments to impose lockdowns, threatening supplies of vital products including medicines into the most affected areas, such as Italy.While China's draconian steps to stop the spread of the virus are now allowing its economy slowly to come back online, supply chains are backing up in other parts of the world.Problems ranging from finding enough truck drivers to restrictions on seafarers and a lack of air freight are hitting the smooth flow of goods…