Danos has announced that Scott Theriot has been named 2016 Staff Employee of the Year. The award is presented each year to a staff member who best embodies the company’s core purpose and values. Theriot first joined Danos in 2003, working part-time as a roustabout and fitter in the company’s fabrication shop in Larose while going to school. After graduating from Nicholls State University in 2008, he was hired full-time as a personnel coordinator. He later worked as a Vessels of Opportunity (VOO) manager before moving into materials management…

Three college students will spend this summer working with Canaveral Port Authority as interns in Cargo Business Development, Environmental Plans & Programs, and Engineering. From June 8 until August 6, the students will support the day-to-day activities of operating Port Canaveral, the world’s second busiest cruise port and central Florida’s marine gateway into the global marketplace. The interns are: Kaitlin Badgett of Cocoa, a senior majoring in Biology with an emphasis in Coastal Environmental Science at the University of North Florida…

Scott Lewit, President and co-founder of Structural Composites, Inc received the Lifetime Achievement Award for Technology at the Florida Technovation/TechExpo in October. In recognition of this award Lewit was given a Congressional Medal of Merit from Congressman Bill Posey for the achievement. The Lifetime Achievement in Technology is presented to an individual whose impact, influence and work within the technology community has resulted in success of the organization(s) in which the individual has been associated, and who has also benefited the regional technology community as a whole. 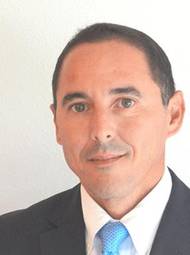 Netsco announces  Jan M. Flores, as Sr. Director of Business Development. Flores comes to Netsco from OSG (Overseas Shipholding Group) where he headed the FSO Group and was responsible for Business Development in the Offshore market. Prior to his assignment with the FSO Group, Flories  was the OSG Technical Project Manager overseeing the development of the MT Overseas Cascade and the MT Overseas Chinook. Flores has also worked for Crowley Maritime Corporation as Manager of New builds in their Technical Services Group. 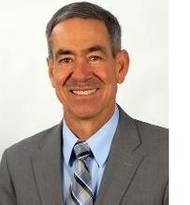 Life Cycle Engineering, Inc. (LCE) has announced that Edward S. Godfrey has joined Life Cycle Engineering as vice president of business development. Godfrey will be responsible for partnering with Department of Defense (DoD) customers and other government organizations to establish engineering and technical solutions that support the warfighter and DoD mission. Godfrey has over 36 years of civilian service leading large, diversified engineering and corporate operations organizations within the Department of the Navy’s Naval Sea Systems Command (NAVSEA).

SeaRobotics has delivered the first HullBUG (Hull Bio-inspired Underwater Grooming) System to the Center for Corrosion and Biofouling Control at Florida Institute of Technology in Melbourne. This will be tested and further developed at the newly commissioned Large Scale Seawater Facility , which is located at Port Canaveral and funded by the U.S. Navy Office of Naval Research (ONR). The HullBUG system is an autonomous underwater vehicle designed to crawl on ship hulls or other underwater structures and "groom" their surface. 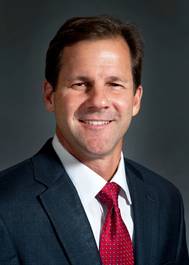 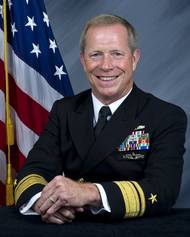 Rear Adm. Jonathon White has assumed the title of “oceanographer of the U.S. Navy,” replacing Rear Adm. David Titley who retired in July. Assigned to the staff of the chief of naval operations, White is now head of the Oceanography, Space and Maritime Domain Awareness directorate (OPNAV N2N6E). He also serves as head of the Navy's Positioning, Navigation and Timing directorate and he holds the title “navigator of the Navy.”  In addition, White serves as director of the Navy's Task Force on Climate Change…