Doha-based liquefied natural gas (LNG) producer Qatargas has supplied a commissioning LNG cargo for India's newest LNG receiving terminal, Mundra.The cargo was loaded in Ras Laffan on 17 January 2020 on the Q-Flex LNG vessel, Murwab, with an overall cargo carrying capacity of 216,000 cubic meters. It arrived at Mundra terminal on 22 January 2020.Mundra is the second LNG terminal that Qatargas helped commission in India within the past year. It followed an earlier commissioning cargo which was delivered by the Company to the Ennore LNG receiving terminal…

Norway-based shipowner Flex LNG announced that it has entered into a new time charter with the Spanish utility Endesa for the vessel Flex Ranger.Endesa is a leading company in the Spanish electricity sector and the second largest operator in the Portuguese market as well as a subsidiary of Enel Group.The firm period under the new time charter is 12 months and will commence in direct continuation of an existing time charter with Enel which expires on or about June 2020, said a…

Commodity trader Gunvor Group will charter a liquefied natural gas (LNG) carrier from shipping firm Flex LNG for up to 10 years, the two companies said on Monday.Geneva-based Gunvor, which has said it wants to take a lead in energy transition by investing in cleaner natural gas, last year became the biggest trader in the burgeoning LNG market.The initial contract is for five years, with options to extend to 10, the firms said. The vessel, with capacity to transport 173,400 cubic meters of LNG…

Qatargas’ Al Safliya recently transited the Panama Canal, the first Q-Flex and the largest liquefied natural gas (LNG) tanker to ever transit the waterway.The tanker–which measures 315 meters in length and 50 meters in beam with an overall cargo capacity of 210,000 cu. m. of LNG, transited northbound from the Pacific to the Atlantic Ocean.Q-Flex LNG tankers can now pass through the Panama Canal following an increase in the maximum allowable beam for vessels transiting the Neopanamax locks.

A 'Q-Flex' LNG tanker, the world's second-largest class of liquefied natural gas carriers, is set to pass through the Panama Canal for the first time, the canal's CEO said, expanding the Americas to Asia trade route for the fast-growing commodity.The 'Al Safliyah', which can carry about 210,000 cubic metres of LNG, is on its way to Panama from the North Pacific after discharging a cargo from Qatar into Korea Gas Corp's (KOGAS) Tongyeong terminal on April 21, shipping data in Refinitiv Eikon showed."This is the first Q-Flex to transit the Panama Canal…

Kalleklev Takes Over as CEO of FLEX LNG

Liquefied natural gas (LNG) carrier owner and operator FLEX LNG has appointed Øystein M. Kalleklev as Chief Executive Officer to replace Jonathon Cook, who resigned in May.Kalleklevm, who has served as Chief Financial Officer of Flex LNG since October 2017, will continue to serve as CFO until a replacement is found.Additionally, Marius Foss has joined the company as Head of Commercial. Foss comes from a similar role at Golar LNG.

Flex LNG , a global shipping company  specializing in the ownership of LNG carriers, announced that through a  separate wholly-owned subsidiary,  it has entered into a time-charter agreement  with Enel Trade, a company of the Enel Group, a multinational  power company and one of the world's leading integrated electricity and gas  operators. The time charter period of 12 months will commence during the second half of  2019. Enel also has the option to extend the contract by an additional 12 months  subsequent to the firm period.

FLEX LNG announced that it has entered into a time-charter contract for the LNG carrier newbuilding, Flex Endeavour, to Uniper Global Commodities, a leading international energy company with operations in more than 40 countries, and headquarter in Germany. Flex Endeavour is a state-of-the-art 173,400 m3 cargo capacity LNG carrier equipped with the new high efficiency MEGI propulsion system. The Vessel is currently under construction at DSME, South Korea. The time charter period is for 15 to 18 months commencing immediately upon the delivery from the shipyard in January 2018.

Shipbuilding Order Dispute to the Tune of US$300-million

"As previously announced, FLEX LNG considers the four shipbuilding contracts and the EPCIC that were entered into with SHI in 2008, to have been abandoned. FLEX LNG has requested that SHI repays a net amount in excess of USD 300 million and appropriate actions are being taken to secure the repayment of the said funds. In response to FLEX LNG's actions, SHI has recently  maintained that it has no obligation to repay any funds and, as was expected, on 05 March 2013 SHI purported to terminate the aforementioned contracts.

Nakilat has assumed full ship management and operations of Q-Flex LNG carrier Mesaimeer from STASCo (Shell Trading and Shipping Company Ltd.) with effect from March 23, 2017, as part of the planned and phased transition announced on October 19, 2016. With a cargo carrying capacity of 216,312 cubic meters, Mesaimeer is wholly-owned by Nakilat and chartered by Qatargas. The vessel built in South Korea by Hyundai Heavy Industries was delivered in March 2009 and has been in service ever since.

Qatar Petroleum (QP) has announced the delivery of the 500th liquefied natural gas (LNG) cargo from QP affiliate Qatar Liquefied Gas Company (2) to the South Hook LNG Terminal at Milford Haven in the United Kingdom. The landmark delivery, on Thursday March 24th, was made on board the Q-Flex LNG vessel Al-Hamla. Mr. Saad Sherida Al-Kaabi, the President and CEO of Qatar Petroleum, described the delivery as “another significant achievement for Qatar’s LNG industry”. Mr. Al-Kaabi…

Qatargas in 4-Year Deal to Supply LNG to Kuwait

Qatargas and Kuwait Petroleum Corporation (KPC) have signed a deal to supply half a million tonnes of liquefied natural gas (LNG) to Kuwait over the next four years, according to a report. The LNG will be sourced from Qatargas 2, a joint venture among Qatar Petroleum, ExxonMobil and Total which started production in 2009, and will be delivered onboard Q-Flex LNG Vessels, chartered by Qatargas, to KPC’s Mina al-Ahmadi LNG receiving terminal in Kuwait. Qatargas has supplied Kuwait with most of its LNG requirements for the last five years… 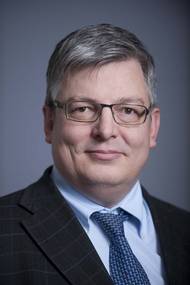 Qatar Gas Transport Company (Nakilat)  has assumed full ship management and operations of Q-Flex LNG carrier Al Sheehaniya from STASCo (Shell Trading and Shipping Company) with effect from 6 July 2017, as part of the planned and phased transition announced on 19th October 2016. With a cargo carrying capacity of 210,200 cubic meters, Al Sheehaniya is wholly-owned by Nakilat and chartered by Qatargas. The vessel built in South Korea by Daewoo Shipbuilding & Marine Engineering was delivered in February 2009 and has been in service ever since.

Nicolas Saverys-led Exmar has agreed to integrate its LNG assets and infrastructure with those of John Fredriksen’s Geveran and Flex LNG under a new USD 2.3 billion company – Exmar LNG Ltd. Belgian liquefied natural gas (LNG) carrier owner and operator Exmar and Geveran will pool their LNG assets and infrastructure under Flex LNG, in exchange for new shares in Flex LNG. Following the transaction, Exmar have a stake of 64.6 percent in Flex LNG, while Gerevan sits at 30.7 percent of the shares. The trade is however conditional upon the approval of both governments and third parties.

Nakilat Shipping Qatar Limited (NSQL) a wholly owned subsidiary of Nakilat and Shell International Trading and Shipping Company Limited (Shell), have completed the first phase of what will be the world’s largest management transition of LNG carriers. The Q-Max LNG carrier Al Mafyar was the 10th vessel to transition from Shell to NSQL management in 10 months, bringing about the successful completion of the first phase. Al Mayfar is wholly-owned by Nakilat and chartered by Qatargas, with a cargo capacity of 266,370 cubic meters.

Qatargas, the World’s Premier LNG Company, today announced a flexible Sale and Purchase Agreement (SPA) with RWE Supply Trading (RWEST), a leading European electricity and gas company. Qatargas will deliver up to 1.1 million tonnes of Liquefied Natural Gas (LNG) per annum to RWEST in North West Europe for seven and a half years. Saad Sherida Al-Kaabi, Qatar Petroleum President and Chief Executive Officer and Chairman of Qatargas Board of Directors, said: “Qatargas is committed to providing reliable, clean energy to consumers all over the world.

Nakilat Shipping Qatar Limited (NSQL) signed an agreement with Shell International Trading and Shipping Company Limited (Shell) to begin the planned phased transition of the management of Nakilat’s LNG fleet from Shell to NSQL. Shell has provided a range of shipping services to Nakilat’s LNG fleet since it was established in 2006, including the ship management of 14 Q-Max and 11 Q-Flex LNG carriers and the sharing of Shell’s Shipping & Maritime expertise. The vessels will be transitioned in three phases starting this year and shall be managed by Nakilat’s in-house ship management arm…