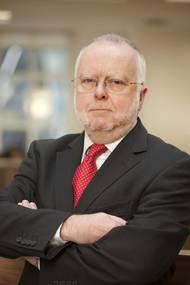 A fully updated edition of the definitive industry guidance on the safe operation of chemical tankers has just been published by the shipping industry’s global trade association, the International Chamber of Shipping (ICS). The new edition of the ICS Tanker Safety Guide (Chemicals) replaces the previous edition issued in 2002. ICS recommends that a copy is carried on board every tanker engaged in the carriage of chemical cargoes, and that copies are also held within shipping company technical departments.

ClassNK has informed that Six countries viz. During the campaign period, the fire safety plan, fire control measures, drills, crew awareness and other applicable documentation etc. will be verified in more detail. The purpose of the 6 Maritime Authorities of the Riyadh Memorandum of Understanding (RMoU) launching the Concentrated Inspection Campaign (CIC) is to ensure compliance with SOLAS Chapter II-2 and the International Code for Fire Safety Systems on board ships. This inspection campaign will be held for three months, commencing from October 1st, 2014 and ending on December 31st, 2014.

The 6 Maritime Authorities of the Riyadh Memorandum of Understanding (RMoU) on Port State Control will launch a Concentrated Inspection Campaign (CIC) with the purpose of ensuring compliance with SOLAS Chapter II-2 and the International Code for Fire Safety Systems on board ships. This inspection campaign will be held for three months, commencing from October 1st, 2014 and ending on December 31st, 2014. * To raise awareness of fire safety related issues. In practice, the CIC will mean that during a regular port State control inspection conducted within the RMoU region…

IMO informs that its Maritime Safety Committee (MSC) has adopted important SOLAS amendments related to inert gas systems as well as amendments to a number of treaties to bring into force the mandatory IMO audit scheme. In addition it has approved, in principle, the draft Polar Code and related amendments to make the Code mandatory under SOLAS, with a view to formal adoption at its next session in November. The MSC met at the Organization's London headquarters for its 93rd session, from 14 to 23 May 2014.

The Coast Guard on Monday July 15, 2013, released the final report on the investigation into the November 8, 2010, fire onboard the cruise ship Carnival Splendor. The vessel suffered a major mechanical failure in the number five diesel generator, resulting in the fire. Post-casualty analysis of the event revealed that the installed Hi-Fog system for local protection was activated 15 minutes after the initial fire started. This delay was the result of a bridge watchstander resetting the fire alarm panel on the bridge.

Preliminary results from the Concentrated Inspection Campaign (CIC) on Fire Safety Systems, underline fire safety concerns. The results are based on the CIC survey carried out between 1 September 2012 and 30 November 2012 in the Paris MoU region. 103 ships were detained over the 3 month period as a direct result of the CIC for deficiencies related to Fire Safety Systems. 64% of all ships detained in the three month period were detained for fire safety related issues. Problem areas included fire pumps and its pipes, fire fighting equipment and appliances, and the fire control plan.

The 43 Maritime Authorities of the Paris and the Tokyo Memoranda of Understanding (MoU) on Port State Control will launch a joint Concentrated Inspection Campaign (CIC) with the purpose to ensure compliance with SOLAS Chapter II-2/ Construction - fire protection, fire detection and fire extinction arrangements on board ships. This inspection campaign will be held for three months, commencing from 1 September 2012 and ending on 30 November 2012. In practice, the CIC will mean that…