“You Don't Build Yachts and Ships with ERP Systems”

He has decades of experience in the maritime sector and now works as a maritime consultant for Shipbuilder. André Zijderveld: “In all those years in the maritime sector, I have seen the financial departments in the maritime sector working with beautiful ERP programs. However, it is a misconception that you can manage an entire shipbuilding or yacht building project with it. To my surprise people are still trying to do that though, with all the mistakes that come along. That must…

Milaha Turns to Robots, AI for Back Office Work

Qatar-based maritime transport and logistics conglomerate Milaha has become one of the first companies in the Middle East to deploy and integrate Robotic Process Automation (RPA) solutions in its back office operations.The new state-of-the-art system, codenamed “Tam” by Milaha – which means “consider it done” in Qatari dialect – mimics human activities using software robots and artificial intelligence to perform clerical tasks and functions such as entry, processing and transfer of data.Commenting on the deployment of the new system, Milaha’s President and CEO Mr.

China Cosco Holdings has appointed Deng Huangjun as its new chief financial officer, after his predecessor Tang Runjiang resigned. Deng, 53, is also a director and deputy managing director at Cosco Pacific. Tang Runjiang has resigned with effect from 14 March 2016 due to change in job arrangement, informs a statement from the company. Tang Runjiang has confirmed that he has no disagreement with the Board, and there is no matter in respect of his resignation that needs to be brought to the attention of the shareholders of the Company.

GTT Announces Board of Directors Appointments

The GTT (Gaztransport & Technigaz) shareholders' annual general meeting chaired by Philippe Berterottière, chairman and CEO of GTT appointed several new members to GTT’s board of directors. Michèle Azalbert and Christian Germa, independent director succeeding to Jean-Luc Gourgeon, have been appointed as members of GTT’s board of directors for a four-year term. The AGM also approved the appointment of Olivier Jacquier as member of the Board of Directors. His mandate will expire at the end of the shareholders' meeting held to approve the financial statements for the year ended December 31, 2015.

In conjunction with its completion of the transition to a domain-based business structure, effective April 1 Mitsubishi Heavy Industries, Ltd. (MHI) will newly introduce a system of chief officers. The chief officers will be delegated a portion of authority and responsibilities currently held by the president, and will have authority to give instructions and commands matters relating to specified business areas on a companywide basis. The aims in adopting the new system of chief…

The newly opened Dubai office of worldwide bunker trading company, A/S Dan-Bunkering Ltd., has been open for a few months, and according to the bunker trader has already been very well received in the market. The company reported it has recently hired two new employees. Rijo Alias has been employed as Finance Manager as per July 2, 2013. Rijo is originally from India and has several years of audit experience from a well-reputed company in Dubai. Azeneth B. Sallador has been employed as Accountant/Sales Supporter as per July 9, 2013. 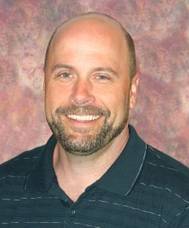 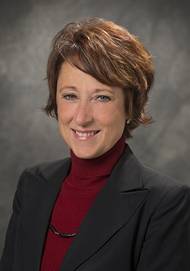 Classification society ClassNK has announced that it will reorganize its Board of Directors as part of a larger corporate reorganization, effective July 1, 2011. As part of the reorganization, ClassNK’s four current Managing Directors -- Shosuke Kakubari, Koichi Fujiwara, Takuya Yoneya, and Yasushi Nakamura -- will be promoted to Executive Vice Presidents and take up positions alongside current Executive Vice Presidents Hiroshige Kitada and Toshitomo Matsui. In addition to the promotion of the four executives…

Alexander Papachristidis-Bove has been appointed Chairman of the Board and Managing Director of Hellespont Steamship Corp, the Piraeus-based ship management and marine services company, with effect from October 1, 2009. He replaces Dr. Mike Kennedy, who assumes the role of Managing Director of Hellespont Consultants Corp and remains responsible for the company’s newbuilding programme. As part of a plan to streamline the organization, the Hellespont Group’s entire Piraeus-based staff will be consolidated under Hellespont Steamship Corp…