Malaysia-based integrated oil and gas services Sapura Energy Berhad has strengthened its presence in Mexico and Malaysia with new contract wins valued at approximately RM1.75 billion (USD 410 mln).The new contracts have lifted the company’s orderbook to RM18 billion and total contract wins to-date for this financial year to RM7 billion (USD 1.68 bln).Sapura Energy has built capabilities and expertise that are critical to support its clients in their quest to meet global energy demand and as a result…

The Cambodian government signed a $70 million investment agreement with a Chinese-owned telecommunication infrastructure provider on Wednesday to connect Cambodia to a 25,000-km underwater fiber-optic network spanning three continents. The Ministry of Post and Telecommunication (MPT) signed a 25-year concession agreement with Cambodia Fiber Optic Cable Network (CFOCN), on 2 March to build a landing station in Sihanoukville and lay an underwater fibre-optic cable that patches into the existing AAE-1 cable, one of the main high-speed data conduits linking Asian, African and European countries.

Proserv secure a £1.2-million contract to supply topside control equipment at a major southern North Sea development. The company was awarded the deal on the Cygnus field by operator GDF SUEZ through its design contractor AMEC. As part of the agreement Proserv will supply the design, engineering and build of wellhead control panels and accompanying topside umbilical termination unit for the Alpha and Bravo platforms. Six of the 10 development wells for both platforms will be controlled by the initial panel design and includes the commissioning of spares and specialist tools.

A training facility has been opened to prepare Royal Navy sailors to man the first of the Queen Elizabeth-Class carriers, due in 2016. The first of the  65,000-tonne carriers is currently being assembled at Babcock's dockyard in Rosyth, and will be able to take up to 40 aircraft; almost twice the capacity of the Invincible Class carriers. To keep up with the state-of-the-art technology on board sailors and engineers will be trained in a £1m building at HMS Collingwood in Fareham, Hampshire, which has been set out in the same way as an operations room on board the new carrier.

OceanWorks International has produced the SIIM-375, a mini-Node variant of the Subsea Instrument Interface Module (SIIM) for the VENUS observatory. VENUS, the coastal network of the Ocean Networks Canada (ONC) Observatory, is a cabled undersea laboratory for ocean researchers and explorers. VENUS delivers real time information from seafloor instruments via fibre optic cables to the University of Victoria in British Columbia, Canada. VENUS is one of the 4 Seafloor Networks around the world in which OceanWorks has deployed its world-leading Seafloor Networks technology. 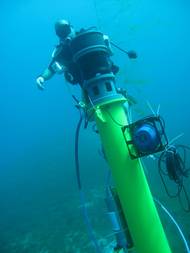 Saipem has been awarded new offshore contracts worth over 1 billion euro. The contracts refer to activities to be carried out between 2010 and 2012 in the main offshore areas where Saipem is present, in particular in the Caspian Sea, both in the Kazakh and Azeri sectors, Brazil, the Middle East, West Africa, the North Sea and Mexico. The operations will be performed by Saipem’s most powerful fleet vessels and include the laying of sealines, field development, as well as platform fabrication and installation.

MacArtney Offshore Relocates and Scales Up

MacArtney Offshore, the Houston operation of the MacArtney Underwater Technology Group, has moved into larger premises, from 4500 sq ft to 11,000 sq ft. The increased workshop size allows the company to accommodate larger service jobs, including medium sized winch umbilical spooling and terminations which now can be performed inside their secure premises. Cable mouldings, fibre optic terminations and the MacArtney Offshore slip ring repair facilities with Focal trained technicians have also been significantly expanded. 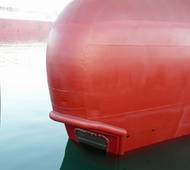 A forward-looking sonar from Marine Electronics Ltd of Guernsey, UK, has been installed aboard a British-operated tanker as a major initiative to refine operational safety. The See Echo system was developed by Marine Electronics in cooperation with the ship owner to provide a three-dimensional image of the sea up to one kilometre ahead of the vessel. It is now undergoing a trials programme which, if successful, will result in its installation aboard other ships in the company’s substantial fleet.