Buttigieg Confirmed as US Transport Secretary

Pete Buttigieg was confirmed by the U.S. Senate on Tuesday by a 86-13 vote to head the U.S. Transportation Department.Buttigieg, a U.S. Navy veteran and the former mayor of South Bend, Ind., will oversee maritime, aviation, highways, vehicles, pipelines and transit, as well as efforts to ensure safe transportation amid the COVID-19 pandemic.Buttigieg recently drew praise from members of the American maritime industry after voicing his support for the Jones Act, a federal law requiring goods transported between U.S. 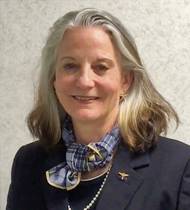 A Japanese shipping company will have to pay $1 million after being convicted and sentenced for obstruction of justice and falsification of an Oil Record Book to cover-up intentional pollution from bulk carrier M/V Atlantic Oasis.The company Nitta Kisen Kaisha Ltd., owner and operater of the Atlantic Oasis, admitted that its engineers failed to document the illegal discharge of oily wastes from the vessel’s fuel and lubrication oil purifier systems, as well as discharges of oily bilge waste from the bilge holding tank and from the vessel’s bilges when delivering steel products to Wilmington…

The U.S. Department of Energy announced that it has signed an order authorizing Golden Pass Products LLC to export domestically produced liquefied natural gas (LNG) to countries that do not have a free trade agreement (FTA) with the United States. Golden Pass is authorized to export LNG up to the equivalent of 2.21 billion cubic feet per day (Bcf/d) of natural gas to any non-FTA country not prohibited by U.S. law or policy from the Golden Pass Terminal near Sabine Pass, in Jefferson County, Texas. With the dramatic increase in domestic natural gas production, the U.S.

The Coast Guard offloaded approximately 350 kilograms of seized cocaine Monday from the Coast Guard Cutter Richard Etheridge at Coast Guard Base Miami Beach. During an Operation patrol on October 27, a Joint Interagency Task Force South marine patrol aircraft detected a go-fast vessel suspected of smuggling contraband in the Caribbean Sea. The Royal Fleet Auxiliary Wave Knight and an embarked Coast Guard Law Enforcement Detachment diverted to intercept the vessel. The RFA Wave Knight crew launched a helicopter and a smallboat with a Coast Guard LEDET aboard and boarded the go-fast…

A ship management company has pleaded guilty and was sentenced October 27, 2015 for deliberately concealing pollution discharges from the ship directly into the sea and for falsifying its oil record book, announced U.S. Attorney Kenneth Magidson along with Rear Admiral David R. Callahan, Eighth District Coast Guard Commander. Chandris (Hellas) Inc. is headquartered in Greece and operated the M/V Sestrea - an 81,502 ton cargo ship that made calls in multiple ports in Texas. Chandris…

In March 1656, Andrew Kilvert brought suit against Jan Geraerdy in the Court of Burgemeesters of the colony of New Netherland, demanding the release of his vessel, which had been arrested to obtain payment for the sale price of Kilvert’s ship. The practice of arbitration of maritime matters in New York, therefore, has its beginnings in Dutch law. Dutch rule in New Netherland (New Amsterdam) lasted less than 50 years. With the English takeover in 1664, most of the Dutch settlers elected to stay in what its new rulers named New York.

U.S. Coast Guard and maritime law enforcement agencies on the Great Lakes and surrounding areas will partner up Friday through Sunday for the seventh annual Operation Dry Water campaign, a nationwide, multiagency effort focusing on boater education and raising awareness that it is unsafe, as well as illegal, to operate a boat under the influence of drugs or alcohol. “Along with alcohol use, three of the other top five contributing factors in recreational boating deaths are operator inattention, improper lookout and inexperience of the operator,” said Mike Baron, the U.S.

Senate bill aims to mitigate impact of labor disputes at America’s ports. In a letter sent today, the Retail Industry Leaders Association (RILA) welcomed the introduction of the Protecting Orderly and Responsible Transit of Shipments (PORTS) Act in the U.S Senate. The bill, sponsored by Senator Cory Gardner (R-CO), would amend the National Labor Relations Act (NLRA) to provide state governors a mechanism under federal law to mitigate the destructive impact of port labor disputes on the economy at both the state and federal level. 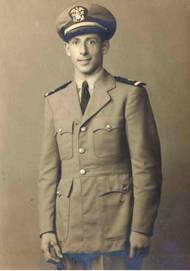 Paul Lieb was among the first Merchant Marines to set foot on the grounds of the Sheepshead Bay Merchant Marine Training Station, when shortly after Pearl Harbor, the U.S. Coast Guard purchased 125 acres of property on the eastern tip of Brooklyn for a huge training center. Seventy-six of those acres were set aside for the Sheepshead Bay Maritime Service Station, now the campus of Kingsborough Community College. Lieb, who currently resides in Albany, visited the campus with his daughter, Elise Laurenti in 1980, when she joined KCC as an English professor.

The California State Lands Commission (CSL) has promulgated a letter to clarify its interpretation of existing ballast water requirements under the California's Marine Invasive Species Act (MISA) informs the UK P&I Club. In its letter, California recognizes that in certain limited circumstances under federal law a vessel may not be required to deviate or incur delay in order to conduct a ballast water exchange. However, CSL explains that MISA does not provide for any exemption based on deviation or voyage delay. 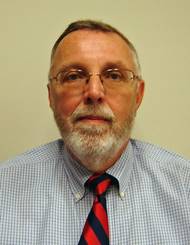 Al Westerman has been named a Port/Maritime Security Specialist in the Tampa office of Parsons Brinckerhoff, a global infrastructure strategic consulting, engineering and program/construction management organization. In his new position, Westerman will provide maritime security consulting services at ports in the U.S. and around the world. He will prepare facility security assessments and facility security plans, conduct port vulnerability assessments, security training, technology…

NJDOT wants Jones Act Waiver. U.S. Senators Robert Menendez (D-NJ) and Cory Booker (D-NJ) have jointly sent a letter to both U.S. Department of Homeland Security (DHS) Secretary Jeh Johnson and U.S. Department of Transportation Secretary Anthony Foxx requesting that they continue to assist New Jersey with receiving a critical supply of rock salt. They acknowledged both agencies’ role in securing maritime delivery of a 10,000-ton supplemental supply for the Garden State. “The State of New Jersey has been among the hardest hit states this winter season…