Solstad Farstad, which claimed to be the world’s largest OSV firm, has sold a relatively new AHTS vessel Far Shogun, since its formation last month following the mega-merger of three leading OSV companies in Norway. The 2010-built, 23,664-bhp Far Shogun has been delivered to the unnamed new owner on Thursday, Solstad Farstad announced. "Wholly owned subsidiary Farstad Supply AS has sold the AHTS Far Shogun to an undisclosed buyer for an undisclosed price. The delivery of the anchor handling tug and supply vessel Far Shogun to the new owner took place on Thursday, July 13," said the company.

With its latest succession of contracts won, ballast water treatment (BWT) specialist Optimarin reports it has now sold more than 400 of its environmentally friendly UV-based systems. Optimarin said 2016 has been a boom year for a company that installed the first ever commercial BWT system back in 2000. Optimarin Ballast System (OBS) orders have been confirmed with Atlantis Tankers (10 units) and Sinopacific Shipbuilding Group (nine), while the firm also made its first foray into fishing, with a contract for the Fisherman’s Finest vessel America’s Finest.

Norwegian provider of offshore service vessels for the oil and gas industry Farstad Shipping ASA has entered into two charter contracts in Brazil. Both vessels were hired by the Brazilian state-owned oil and gas company Petróleo Brasileiro, more commonly known as Petrobras. Petrobras has awarded the PSV Far Strider (1999, VS 483, 4,709 DWT) a 4 year contract with expected commencement in April 2016. Petrobras has also awarded the AHTS BOS Turquesa (2007, UT 722 L, 18,088 BHP) a 1 year contract with a further 1 year option. The vessel has commenced the contract.

Norway's Maritime Partner is set to reach a landmark in its history as it completes the construction of its 2000th vessel since founding in 1994. Maritime Partner CEO Peder Myklebust said the Aalesund based company is ‘immensely proud’ that its 2000th boat will be delivered to its long standing client and fellow Norwegian company the shipbuilder Kleven. The 2000th boat is part an order Kleven placed in December 2014 for six Seabear 23 MkIIIs and six Macgregor AC38 davits. The…

Vard Holdings Limited (“VARD”) has secured a contract for the design and construction of one Offshore Subsea Construction Vessel (“OSCV”) for Farstad Shipping (“Farstad”). The vessel will be of VARD 3 17 design, with a total length of 98 meters and a beam of 21.5 meters, and has been developed especially for subsea and IMR operations. It is arranged for two ROVs (Remote Operating Vehicles) and features a 150 ton active heave compensated offshore crane. The vessel was designed by Vard Design in Ålesund, Norway, in close cooperation with Farstad and Technip.

Farstad Shipping ASA subsidiary, Farstad Supply AS, contracts with STX OSV AS for an Offshore Subsea Construction Vessel (OSCV). This new building is part of Farstad Shipping's expansion into the subsea market and represents an investment of approx NOK 825 mill. Delivery of the vessel is due to take place in the first quarter of 2015. The vessel is a STX OSV OSCV 07 design OSCV  and is designed for subsea and IMR operations (Inspection, Maintenance and Repair). The vessel has a total length of 143 meters, beam of 25 meters and a deck area of more than 1,800 m².

Vung Tau Shipyard in Vietnam delivers Platform Support Vessel (PSV) to Farstad Shipping Singapore subsidiary. Far Sitella, a STX PSV08 CD offshore vessel, is bound for Australia where it will commence its long term commitment to Shell Australia related to their Prelude drilling campaign. A long-term facility has been drawn with Nordea Bank to finance the vessel. Farstad Shipping's fleet currently consists of 57 vessels (28 AHTS, 26 PSV and 3 SUBSEA) and 3 PSV and 4 AHTS under construction.

Farstad Shipping ASA has been awarded charter contracts with a value of about US$ 58-million. Statoil has awarded contracts to PSV Far Spica (2013, PSV 08 CD, 4,000 DWT) and PSV Far Scotsman (2012, PSV 08 CD, 4,000 DWT) to support the Statoil drilling campaign on the coast of East Africa. Commencement is expected to take place in April 2013. The duration of the contracts will be approx. 9 months, with a further 9 month option. Both vessels will leave the North Sea during the month of March.

Farstad subsidiary, Farstad Shipping, Singapore, sells AHTS 'Lady Cynthia'. The buyers identity is not disclosed, but it is expected the vessel will be deployed in the Indian domestic market. Lady Cynthia was built in 1987 by Hart Fenton with a propulsion power output of 9,500 BHP. Sale of the vessel will give Farstad a booked profit of approx. NOK 3 mill. in the 1st quarter 2013. After the sale of Lady Cynthia Farstad Shipping's fleet consists of 55 vessels (28 AHTS, 24 PSV and 3 SUBSEA) and 5 PSV and 4 AHTS under construction.

A year ago Det Norske Veritas invited all offshore shipowners operating in the North Sea Basin to participate in  a joint corporate project focusing on energy efficiency. Seven companies deceided to be part of the project. "This project focuses on operational findings regarding energy efficiency," Knut Ljungberg, Project Manager of this project said. Mr Ljungberg is the Principal Consultant, Environment and Energy Efficiency at Det Norske Veritas in Høvik, Norway. The project is called Energy Efficient Offshore Partners. Phase I which was initiated last fall is about to be concluded.

'Ship of the Year' Award for Rolls-Royce Designed PSV 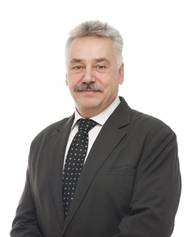 SIS Sets up Home in Brazil

Star Information Systems (SIS) has established a new base in Rio de Janeiro to serve Brazil’s thriving offshore sector. To support the manuever, SIS sent Hans-Kristian Fjaerem, one of the firm’s most experienced consultants, to lead the operation, recruit a local team, and service SIS’ growing portfolio of customers in the region. The pace of economic change in Brazil – now the sixth largest global economy – has been accelerated by the discovery of huge oil and gas reserves in the country’s pre-salt basin, opening up an array of opportunities for national and international offshore operators. 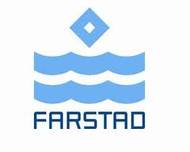 Nor-Shipping 2009 was the largest in the event’s history, dating back to 1967. 1105 exhibitors from 52 countries participated. By comparison, Nor-Shipping 2007, which took place in the midst of a market boom, had 830 exhibitors from 42 countries. The Leading Voices conference that opened Nor-Shipping 2009 on Tuesday, June 9 got the show off to a favorable start. Attended by Norway’s King Harald V, the conference featured leaders of global stature, including IMO Secretary-General Efthimios Mitropoulos, and Richard Fain and Wilh. Wilhelmsen of Royal Caribbean Cruises Ltd.