“Use your power to empower”. “Say what you’re thinking”. “Listen to the ‘yes’ voice in your head”. “Return every phone call every day”. “Believe in yourself”.This was the advice given by a wide variety of inspiring maritime women sharing their experiences of entering, working and leading in the maritime world at a special on "Women, ports and facilitation" at International Maritime Organization (IMO) Headquarters, London (10 April).The speakers presented on, and answered questions about, their work and the future for women in the field – identifying a series of key issues and recommendations.

The International Maritime Organization (IMO) treaty enhancing communication between ships and ports to help shipments move more quickly, more easily and more efficiently has been ratified by Malaysia.According to the UN body, this brings the number of contracting States to the Convention on Facilitation of International Maritime Traffic (FAL Convention) to 123.Captain Haji Samad, Alternate Permanent Representative of Malaysia to IMO, met IMO Secretary-General Kitack Lim at IMO Headquarters…

The theme for World Maritime Day 2017 "Connecting ships, ports and people", provides an opportunity to highlight the value of integration in the maritime and logistics sectors. The theme has particular resonance for International Maritime Organization (IMO)'s Facilitation Committee, which is meeting (4-7 April) at IMO Headquarters. The Committee will discuss matters relating to the Facilitation Convention (FAL), which supports international maritime traffic by providing a set of consistent, uniform regulations to facilitate the free flow of commerce.

Mandatory requirements for the electronic exchange of information on cargo, crew and passengers have been adopted by the International Maritime Organization (IMO), as part of a revised and modernized annex to the Convention on Facilitation of International Maritime Traffic (FAL), which aims to harmonize procedures for ship’s  arrival, stay and departure from port. The new standard relating to the obligation of public authorities to establish systems for the electronic exchange of information…

Mandatory e-data Exchange to be Adopted by Facilitation Committee

The Facilitation Committee, meeting this week (4-8 April), is expected to adopt mandatory requirements for the electronic exchange of information on cargo, crew and passengers as part of a revised and modernized annex to the 1965 Convention on Facilitation of International Maritime Traffic (FAL). Important proposed changes in the revised Annex include the introduction of a new standard relating to the obligation of public authorities to establish systems for the electronic exchange of information, within a period of three years after the adoption of the amendments.

IMO and the World Customs Organization (WCO) have signed a partnership agreement to maintain, update, publish and distribute the IMO Compendium on Facilitation and Electronic Business. The compendium provides essential guidance and standardised forms for electronic exchange of information on cargo, passengers and crew, for ships, carriers, port authorities, customs, terminals, consignees and other parties in the supply chain. Under the agreement, signed on 22 December, the WCO takes responsibility for the technical maintenance of the compendium… 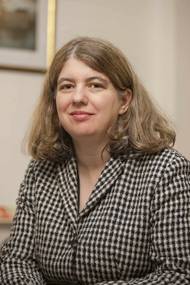 Seafarers Travel the World, Only See the Sea

The International Shipping Federation (ISF) calls on port states to facilitate  the right of seafarers to shore leave. ISF has made this proposal in a submission to the International Maritime Organization (IMO) Facilitation Committee, which next meets in April to consider its current review of the IMO Convention on the Facilitation of International Maritime Traffic (FAL). The FAL Convention includes a blanket prohibition on port states requiring seafarers to obtain visas in order to enjoy shore leave.