International maritime welfare charity Sailors' Society has launched a dedicated helpline for seafarers and their families.The confidential, 24 hour service is there to offer support and welfare to those worried or adversely affected by the coronavirus pandemic.Sandra Welch, the charity's COO and director of program, said: “We’ve seen an increase in calls for help and advice of late and there’s a lot of uncertainty, so our new dedicated Covid-19 helpline is a welcome addition to our services.“Many seafarers don’t know when they will sign-off and return home… 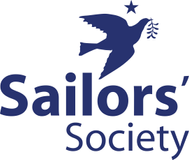 Sailors’ Society is offering virtual chaplaincy to seafarers as it suspends its port activities in response to the coronavirus.The charity, which operates in 90 ports around the world, is pausing port activities for an initial period of two weeks, in the light of the increased spread of the virus and the World Health Organization (WHO) activating an international state of emergency.Chaplains will instead be available online using social media and digital technology to provide advice, support and arrange practical help for crews.

SATCOM SOLUTIONS: Cruising in the Cloud

Turning a necessary cost center into a revenue stream is the new normal for savvy and successful cruise operators.As the flourishing expedition cruise market takes passengers on innovative itineraries to remote and untouched destinations, these well heeled guests want something else at the same time: a 24/7 quality internet connection. If Marlink gets its way, that sort of communications service will soon be the rule, and not the exception.In April, Marlink revealed that the expedition…

Wilhelmsen and Rainmaking’s announced a partnership aiming to spin-out and scale-up existing innovative solutions researched and developed by Wilhelmsen with potential to scale across the industry. Wilhelmsen’s Digi Boiler is the first project to benefit from this collaboration.Minimizing the risks associated with poor boiler water management, Wilhelmsen’s automated boiler water dosing system monitors boiler water condition, dosing chemicals as and when they are needed. Delivering real-time condition monitoring…

What Can Beijing Do if China-US Trade Row Worsens?

China and the United States sank into a deepening trade conflict that roiled financial markets Tuesday after U.S. President Donald Trump threatened to impose tariffs on an additional $200 billion of Chinese products, prompting Beijing to accuse Washington of starting a trade war.Trump said Monday his threat was retaliation for China's decision to raise tariffs on $50 billion of U.S. goods over the weekend, a move that itself was in response to additional U.S. tariffs on Chinese…

Hapag-Lloyd: Crocodiles on Board

Beginning immediately, two 20-foot containers with colorful graffiti are part of Hapag-Lloyd’s fleet. On them can be seen crocodiles, jungle vegetation and ice hockey players painted in graffiti style. With these unusual containers, Hapag-Lloyd is strengthening its partnership with Crocodiles Hamburg, the city’s professional ice hockey club. The containers will be integrated into the normal operations of the world’s fifth-largest liner shipping company, and their first voyage will take them to Colombia.

ISWAN has produced four new infographics, in partnership with The Shipowners' Club, using extracts from its latest self-help guide for seafarers, Psychological Wellbeing at Sea. Psychological wellbeing enables us to function well, feel good about ourselves, and feel a sense of purpose and life satisfaction. With restrictions to wellbeing such as spending time away from family and friends, limited shore leave and long working hours, it is important for seafarers to take care of their mental health while working on board. 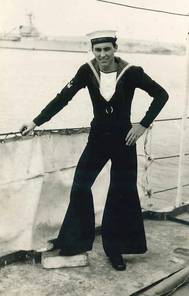 Brothers Separated by the Sea Reunited

A pair of former seafaring brothers who had lost touch have been reconnected, thanks to international maritime charity Sailors’ Society. Robert Griffin, was worried about his brother Norman, who lives in New Zealand, after being unable to reach him for more than two years, and is delighted after finally speaking to him last week. Robert, 81, who spent nine years in the Royal Navy, last spoke to his brother in 2014. He had all but given up hope of speaking to his brother again until Sailors’ Society came to the rescue in response to a call for help from Robert’s son Steve. 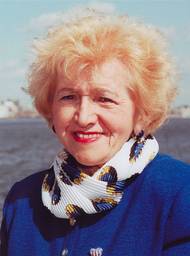 Helen Delich Bentley, a former journalist and a U.S. Republican congresswoman from Maryland who gained global attention by smashing Japanese goods to protest Tokyo's trade policies, died over the weekend at the age of 92, officials said. Bentley upset a longtime Democratic congressman to win a U.S. House of Representatives seat in 1984, a year in which Ronald Reagan's landslide victory in the presidential race helped bring several new faces from the party to Congress. The five-term congresswoman was a staunch advocate for the port of Baltimore and the state's maritime industry.

Carnival Corporation & plc officially welcomed its fleet’s newest ship with the christening of AIDAprima, now the flagship vessel for Carnival’s German-based brand AIDA Cruises. AIDAprima made its debut with a light show and naming ceremony witnessed in person by 1.6 million visitors at the 827th Hamburg Port Anniversary. AIDAprima launched as the corporation’s most environmentally friendly ship, equipped with a dual-fuel engine that can be powered by liquefied natural gas (LNG) while in port and at sea.

A New Paradigm in Crew Connectivity?

Despite some recent suggestions to the contrary, demand for crew connectivity remains a strong driver of the maritime communications market. The Maritime Labor Convention is among the factors encouraging service upgrades and higher spending, but there are other fundamental forces at work and across our industry. Shipowners and operators, managers and crewing agents need to understand what is happening and how to manage this change in a positive way. The economics of maritime communications are evolving very fast. 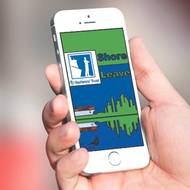 Israel has extended the distance it permits Gaza fishermen to head out to sea along certain parts of the coastline of the enclave, which is run by the Islamist terror group Hamas, reports Reuters. Fishermen in Gaza are now sailing further from the coastal territory after Israel expanded the fishing zone. The fishing zone was expanded from six nautical miles (11 km) to nine (16 km) along Gaza’s central and southern shores. COGAT, the Israeli defense body that handles civilian issues with the Palestinians, announced the new easing of restrictions on its Arabic Facebook page.

Oil Industry Turns to Women in Hour of Need

Facing one of its worst crises in a generation, the oil industry is trying to open up - to women. Even when oil was selling at above $100 a barrel, most of the industry's top executives said they struggled to find and retain young talent. Year after year, it was cited as one of the biggest problems for the industry - one of the best paying in the world - during annual gatherings of its top brass on the sidelines of the World Economic Forum (WEF) in the Swiss Alpine resort of Davos.

The luxury cruise operator Windstar Cruises will drydock ship following last week’s grounding in a remote region of Panama. Windstar reports that Star Pride experienced a grounding while coming into anchor at Isla de Coiba, Panama. As a result the ship's December 26, January 2 and January 9 voyages have been cancelled. According to a statement on the Windstar Cruises Facebook page, Star Pride was “coming into anchor” at Isla de Coiba, off the coast of Panama shortly after 6 a.m. CST on Dec.

#MyCoastGuardStory: Collecting Stories from the Ranks

The National Coast Guard Museum Association, Inc. has launched a new social media initiative designed to collect and share personal stories of heroism and honor dedicated to the United States Coast Guard. The campaign gets underway as excitement builds for the release of the Disney Motion Picture, The Finest Hours, which hits movie theaters across the country on January 29, 2016. The #mycoastguardstory initiative is gathering stories from current Coast Guard men and women, veterans…