MISC Berhad (MISC) through its wholly-owned subsidiaries have secured agreements with Exxon Mobil Corporation’s wholly-owned subsidiary, SeaRiver Maritime LLC (SeaRiver) for the time charter contracts of two Liquefied Natural Gas (LNG) carriers.Each of the LNG carriers will respectively serve the transportation needs of ExxonMobil’s worldwide LNG portfolio on a 15-year charter contract.Prior to this, MISC, through the same subsidiaries have also signed an agreement with Samsung Heavy Industries Co., Ltd. (SHI) for the construction of the LNG carriers in Korea.

QP, Exxon to Build $10B LNG Plant in Texas

Exxon Mobil and Qatar Petroleum announced a final decision to finance a $10 billion-plus project to export liquefied natural gas (LNG) from the Texas Gulf Coast.Construction of the Golden Pass LNG export project located in Sabine Pass will begin in the first quarter of 2019 and the facility is expected to start up in 2024, said a press release.“Golden Pass will provide an increased, reliable, long-term supply of liquefied natural gas to global gas markets, stimulate local growth and create thousands of jobs…

Energy giant Chevron has signed a preliminary agreement with China's ENN LNG Trading company to supply liquefied natural gas (LNG) from its $54 billion Gorgon LNG project in Western Australia. Chevron plans to supply a unit of ENN Energy Holdings Ltd. with as much as 500,000 metric tons of LNG a year from Australia's largest gas project, Gorgon. It follows Chevron’s initial agreement in late December to sell as much as 1 million tons of LNG a year to China Huadian Green Energy Co. 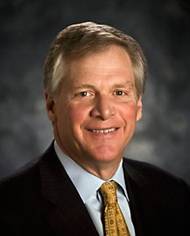 Unlike almost all its neighbors, Guyana isn’t an oil producer yet. But the energy giant Exxon Mobil recently announced it had discovered “significant” oil off the coast. The discovery could put Guyana on oil and gas Map and the country could become a player in the oil marketplace. However, it will take months to ascertain the size and commercial potential of this discovery. And there could be issues, as the waters also claimed by Venezuela as part of a long-running border dispute between the South American countries.

Eagle Bay, the second of two new U.S.-flag crude oil tankers for Exxon Mobil Corporation’s marine affiliate SeaRiver Maritime, Inc., was named at a ceremony at Aker Philadelphia Shipyard. The first-in-class vessel constructed at the shipyard incorporates the latest safety, navigation and engine room technologies and will begin supplying crude oil from Alaska North Slope to refineries along the U.S. west coast later this year. The double hull Eagle Bay is 820-feet long and has capacity to carry 800,000 barrels of oil.

Saudi Aramco Mobil Refinery Company Limited (SAMREF), a joint venture of Saudi Aramco and ExxonMobil, has completed construction of major desulfurization facilities, including a new hydrotreater, that dramatically cuts sulfur levels in gasoline and diesel. The SAMREF partnership, which is celebrating 30 years of joint refining operations, demonstrates the long-term collaboration and progress towards meeting the energy needs of Saudi Arabia’s growing economy. The project is the…

Exxon Mobil Corporation will release third quarter financial results on Friday, October 31, 2014. The earnings press release will be available at 7 a.m. CT at www.exxonmobil.com. Jeff Woodbury, vice president of Investor Relations, will review the results during a listen-only conference call at 8:30 a.m. CT. The earnings presentation can be accessed via webcast or by calling (888) 599-4877 (United States) or (913) 312-1502 (International). Please reference confirmation code 3860195 to join the call. An archive replay of the call will be available at http://ir.exxonmobil.com.

Construction starts on the second of two Aframax tankers for SeaRiver Maritime, Inc., Exxon Mobil Corporation’s U.S. marine affiliate. The construction of the two tankers, valued at $400 million, will create more than 1,000 jobs. A small ceremony was held in the shipyard’s Fabrication Shop to commence cutting on the ship’s first steel plate. These plates will become part of the double hull of the tanker that protects the cargo tanks. When completed in 2014, the vessels will be 820 feet long and be capable of carrying 115,000 tons of crude oil.

ExxonMobil & Rosneft sign 'Declaration on Protection of the Environment & Biodiversity for Oil and Gas Exploration & Development on Russian Arctic Continental Shelf'. The declaration was signed during a meeting between Igor Sechin, president and chairman of the management board of Rosneft, and Rex W. Tillerson, chairman and chief executive officer of Exxon Mobil Corporation, and senior managers from both organizations. The declaration sets out measures to help protect the…

Aker Philadelphia Shipyard holds ceremonial keel-laying for first Aframax Tanker for SeaRiver Maritime, Inc. The ceremonial keel-laying was for the first of two Aframax tankers that it is building for SeaRiver Maritime, Inc. (SeaRiver), Exxon Mobil Corporation’s U.S. marine affiliate. The construction of the two tankers, valued at $400 million, will create more than 1,000 jobs. When completed in 2014, the Liberty Class vessels will be 820 feet long and be capable of carrying 115,000 tons of crude oil.

Aker Philadelphia Shipyard delivers its first Veteran-class MT-46 product tanker to Crowley Maritime Corp. This is the thirteenth product tanker that the shipyard has completed and the seventeenth vessel overall. The product tankers are 600 feet long and have a cargo capacity of 46,000 dwt. The ship is named the Pennsylvania and is the first vessel that AKPS has delivered to Crowley. As stated in AKPS’s release on 21 August, 2012, Crowley will also take delivery of the next product tanker, Hull 018, when it is completed in February 2013.

ExxonMobil Marine Lubricants and the Greek Group, a collection of likeminded Greek shipping families, celebrated a 50-year business partnership this summer, representing the oil company’s longest-running supply agreement with a Marine customer organization. The Greek Group was established in 1961 when nine shipping family companies formed a fuel and lubricants purchasing group with Mobil Bunker Ltd., London. The original companies, organised as the Prometheus Group, were mainly from the island of Chios in the eastern Aegean sea and had settled in London during World War II.