French ballast water treatment specialist BIO-UV Group has strengthened its global partnership network with Hai Cheung Trading (HCT), a specialist marine equipment supplier based in Hong Kong to reinforce the commercial rollout of BIO-SEA ballast water treatment system across Asia.BIO-UV Group will draw on HCT’s extensive network of Chinese shipyards with a view to accelerate the take-up the of the BIO-SEA systems across the region, strengthening the French company’s presence in Asia.Benoit Gillmann…

Thordon Bearings has received an order to supply a water-lubricated propeller shaft bearing solution to Fincantieri’s Monfalcone shipyard for installation to MSC Seashore, the third Seaside Class cruiseship to which Thordon’s COMPAC system has been specified.As part of a scope of environmentally-sustainable technology to feature aboard the 339m long, twin screw vessel – the first of two enriched Seaside Evo Class ships scheduled to enter services in 2021 – Thordon will supply two 628mm (24.7in) diameter COMPAC propeller shaft bearings…

A new Liebherr LHM 420 Mobile Harbor Crane was officially inaugurated in the middle of February in Passau, Bavaria. The new machine in the port of Passau is the first Liebherr Mobile Harbor Crane to comply with the new exhaust gas purification stage V.Around ten years after the opening of the trimodal port location in Passau-Schalding, bayernhafen has once again significantly expanded its infrastructure. In addition to new extension railway an investment was also made in a new mobile harbor crane. bayernhafen Passau is Bavaria's gateway to and from south-eastern Europe.

The dry bulk cargo shipping company Seanergy Maritime Holdings announced has successfully concluded the refinancing of the 2011-built Capesize M/V Championship through a leasing agreement with Cargill International.The Nasdaq listed shipping company based in Greece informed that the refinancing has released approximately $7.8 million of liquidity for the Company.Pursuant to the agreement, the Company has chartered back the Vessel on a bareboat basis and subsequently entered it…

Hyundai Samho Heavy Industries (HSHI) has completed building a scrubber-equipped Very Large Crude oil Carrier (VLCC), the first of two ships ordered by Greek shipowner Almi Tankers in August 2016, reported the Pulse. The affiliate with South Korea's largest shipbuilder Hyundai Heavy Industries (HHI) said that the VLCC is fitted with an exhaust gas cleaning system that can meet stricter restrictions on sulphur oxide emissions that will come into force in 2020. HSHI on Tuesday held a naming ceremony for the oil tanker.

Wallenius Wilhelmsen Logistics’ (WWL) has added MV Themis, fourth Neo-Panamax class vessel, to its fleet. 50% of the company’s newbuilding order now complete. Like her sister vessels, Theben, Thalatta and Thermopylae, Themis is almost 200 metres long, 36.5 metres wide and features five liftable car decks, allowing for multiple configurations and a wide variety of customer cargo. The vessel can transport up to 8,000 car equivalent units. With the new draft, she can call ports with shallower depths, increasing her geographical scope of service.

Carnival Vista, the new flagship of the fleet of Carnival Cruise Line, brand of the Carnival Group, was delivered today at Fincantieri’s shipyard in Monfalcone. The ship was presented yesterday evening during a ceremony which was attended, among others, by the President of the Autonomous Region of Friuli Venezia Giulia, Debora Serracchiani and the mayor of Monfalcone, Silvia Altran. The shipowner was represented by Arnold Donald, CEO of Carnival Corporation & plc and Christine Duffy, President of Carnival Cruise Line, Fincantieri by its CEO, Giuseppe Bono. 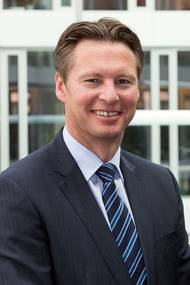 A new class notation from DNV GL aims to help shipowners prepare newbuilds for scrubber installations. SCRUBBER READY ensures that the necessary preparations are in place for a smooth and cost-efficient scrubber retrofit at a later stage, the classification society said. “There is no doubt that stricter emissions regulations for sulphur oxides are here to stay,” said Knut Ørbeck-Nilssen, CEO at DNV GL – Maritime. “Ship managers have to factor in many considerations when planning for a potential future scrubber installation…

Shipping Industry Clean Up its Act

Shipping impacts the world in many positive ways by enabling trade around the world, But despite all the positive impacts, you also have negative impacts, especially environmental impacts, CNBC quoted as Mads Stensen, global sustainability manager at Maersk saying. With about 50,000 merchant ships trading across the seas, the shipping industry is responsible "for the carriage of around 90 percent of world trade," according to the International Chamber of Shipping. In 2012, international…

A HERO on the Seas

The expansion of the Panama Canal has opened up an opportunity for WWL to develop its next generation RoRo carriers. Due to its importance to international trade, the size of the Panama Canal has long been a design constraint when it comes to shipping vessels. With wider locks currently under construction, however, WWL decided to begin designing a new RoRo carrier that was not only bigger, but also better adapted to today’s industry demands and customer needs. “Now that we have the freedom to expand the width of our carriers…

In the quest meet stringent new emissions regulations, cruise industry major Carnival Corp. earlier this month reached an agreement in principle with the U.S. Environmental Protection Agency (EPA) and Coast Guard to develop its own advanced emission control technology to be used in waters surrounding U.S. coasts. The plan calls for the cruise major to drydock 32 ships between now and the first half of 2016. According to the EPA, Carnival will develop and deploy a new exhaust gas cleaning system on up to 32 ships over the next three years to be used in Emission Control Areas (ECA’s)…

The U.S. Environmental Protection Agency (EPA) and Coast Guard have reached an agreement in principle with Carnival Corporation to develop advanced emission control technology to be used in waters surrounding U.S. coasts. Under the agreement, Carnival will develop and deploy a new exhaust gas cleaning system on up to 32 ships over the next three years to be used in Emission Control Areas (ECA’s). The North American and U.S. Caribbean ECA’s create a buffer zone around U.S. and Canadian coasts where ships must reduce harmful air pollution emissions.

Representatives from Oceanex Inc., were in Flensburg, Germany last week for the cutting of first steel of what will become the largest Canadian flag container/roll on roll off (Con/Ro) ship. This twenty knot, ice-class vessel, to be named the Oceanex Connaigra, is custom designed for world-wide trade and will be 210 meters in length with a deadweight carrying capacity of 19,500 metric tonnes. According to Oceanex Executive Chairman, Captain Sid Hynes, “construction of this unique ship represents an investment of more than $100 million… 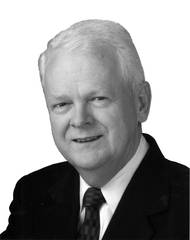 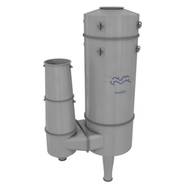 Alfa Laval signed a contract with Spliethoff, a leading player in the transport market. It covers the retrofit of a multiple inlet PureSOx exhaust gas cleaning system on board one of Spliethoff’s vessels which operates mainly in the North European ECA area. It is the first order received by Alfa Laval for such a multiple inlet system. Since the vessel’s engines have a combined rated output of 28 MW, this will be the largest marine scrubbing system ever sold. It can therefore be…

Demonstration Aboard the Maersk Taurus Containership. Belco Technologies Corporation (BELCO), a wholly owned subsidiary of DuPont, headquartered in Parsippany, N.J., USA, has reached an agreement with A.P. Moller – Maersk, headquartered in Copenhagen, Denmark, to design, manufacture and supply the BELCO advanced marine scrubbing system for demonstration on one of the auxiliary engines aboard the Maersk Taurus. The system will be designed to remain on board as a commercial installation following the successful demonstration.

Offshore shipping companies are increasingly turning to diesel electric propulsion systems as an efficient means of meeting the performance requirements for modern platform supply vessels. Builders in the U.S., China, Singapore and Norway have all delivered a variety of diesel electric vessels. In Norway the shipyard of Simek A/S recently they followed up earlier vessels when they delivered the M/S Stril Mariner to Simon Mkster Rederi AS in Stavanger, Norway. The Stril Mariner…

DNV has issued a compliance certificate for the first ship fitted with an exhaust gas cleaning system capable of meeting the requirements of SOx Emission Control Areas. The certification demonstrates that ship operators may in the future have the option of using traditional fuel oils, rather than low-sulphur fuels, when voyaging in designated sensitive areas such as the North Sea. The pilot SOx scrubbing system was fitted to the exhaust pipe of an auxiliary engine on the product tanker, MT Suula, owned by Neste Oil Shipping of Finland.