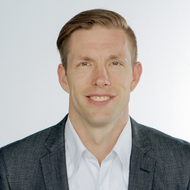 ESA to Partner with One Sea Alliance

A Memorandum of Intent covering future collaboration has been signed by the organization orchestrating space programmes for 22 European countries and the coordinators of One Sea, the industry alliance bringing together exponents of autonomous ship technology.The agreement, between One Sea coordinator DIMECC and the European Space Agency (ESA), sets out common objectives to encourage the development of space-based applications to analyse, enable and implement maritime digitalization…

The world's largest privately held cruise company MSC Cruises has today announced a new partnership with renowned German chef Harald Wohlfahrt.Voted one of the Top 10 Chefs in the World, and the only German chef to hold a three Michelin Star rating for 25 years in a row, Chef Wohlfahrt represents the best of Germany’s cuisine and embodies MSC Cruises’ commitment to offering new and exciting food options for its guests. Gianni Onorato, MSC Cruises Chief Executive Officer, commented: “The world-class expertise of Chef Wohlfahrt brings an exciting new chapter to our onboard dining experience.

The AR5 Life Ray UAS, developed by TEKEVER, has been selected by the European Space Agency (ESA) and the European Maritime Safety Agency (EMSA) to demonstrate the first European maritime surveillance system where drones are integral to operations. The first demonstration will be performed this summer over the Maltese waters of the Mediterranean sea, said Pedro Sinogas, TEKEVER CEO, at the AUVSI Xponential show in New Orleans, La. Maritime operations have been brought into focus in Europe by the unprecedented migrant crisis.

Inmarsat, a provider of global mobile satellite communications, is inviting application, hardware and software developers to join its growing community of technology companies at the second annual Inmarsat Developer Conference (IDC 16), being held in London (29 February – 1 March). Three key areas of focus at the Conference will include development opportunities in ‘sustainable fishing’, ‘digital transformation’ and ‘machine-to-machine’. These and eight other areas will form part of the two-day programme…

Following an announcement made by Arianespace on the anomalies of the orbit injection of the Galileo satellites, the teams of industries and agencies involved in the early operations of the satellites are investigating the potential implications on the mission, says the European Space Agency (ESA). Both satellites have been acquired and are safely controlled and operated from ESOC, ESA’s Operations Centre in Darmstadt, Germany. Further information on the status of the satellites will be made available after the preliminary analysis of the situation.

Europe’s latest Galileo navigation satellite has arrived at the European Space Agency’s (ESA) technical centre in the Netherlands for testing, as the previous two satellites are prepared for shipping to French Guiana for launch this summer. ESA explains that the new satellite arrived at ESA’s Technical Centre, ESTEC, in Noordwijk, in the Netherlands, safely enclosed within an air-conditioned and environmentally controlled container from manufacturer OHB of Bremen, Germany. Meanwhile…

Sea ice in the Arctic is disappearing at a far greater rate than previously expected according to latest dedicated satellite data. Preliminary results from the European Space Agency's CryoSat-2 probe indicate that 900 cubic kilometres of summer sea ice has disappeared from the Arctic ocean over the past year. This rate of loss is 50% higher than most scenarios outlined by polar scientists and suggests that global warming, triggered by rising greenhouse gas emissions, is beginning to have a major impact on the region.

Inmarsat (LSE:ISAT) has announced the commercial availability of a new voice distress service on FleetBroadband. The free-to-use service ensures that, in the event of an emergency, all non-priority telephone calls underway on the vessel’s FleetBroadband are interrupted, connecting the caller directly to a Maritime Rescue Coordination Centre (MRCC). The new voice distress service requires a simple software and hardware add-on, which provides a ‘red button’ for one-touch easy use. 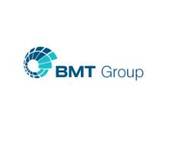 BMT Group Ltd, the international design, engineering and risk management consultancy, announced today that it has achieved strong financial results, despite a difficult year for the global economy and the maritime industry in particular. A turnover of £142m provided the group with an underlying operating profit of £11m in the year to 30 September 2010, £5.8m of which has been distributed to the staff through the company’s profit share schemes. Comprising 23 subsidiary companies…