MSC Cruises and Italian shipbuilder Fincantieri  signed the final contracts for the construction of four luxury cruise ships.The announcement follows the initial signing of a memorandum of agreement between the two parties in October 2018. The contracts, subject to shipowner financing, have a total value exceeding $2.2 billion.As per the terms of the agreement, the first of the four ships will be delivered by Spring 2023. The remaining three will come into service one per year over the following three years through 2026.Pierfrancesco Vago…

Terragon Environmental Technologies Inc. and Marship Engineering entered into a contract with Zhejiang Ouhua Shipbuilding China to supply a MAGS V8 for the new build vessel mv Happy Sun of Netherlands based BigLift Shipping (a member of the Spliethoff Group). As shipping companies are increasingly under a microscope regarding their emissions to the environment, the decision by BigLift Shipping to chose MAGS gasification technology reflects its role as an early adopter of innovative technologies on their ships.

Moody's Investors Service, (Moody's) issued a press release affirming the B2 corporate family rating (CFR), B2-PD probability of default rating, and the B2 senior secured rating of Silk Bidco AS (Hurtigruten), the full owner of Norwegian cruise operator Hurtigruten  ASA. While the ratings have been affirmed, the outlook has been changed to stable from positive. "The change in outlook to stable reflects the higher credit risk and weaker liquidity that Hurtigruten's recent capex spending announcement entails" says Guillaume Leglise, Moody's lead analyst for Hurtigruten.

The world leading shipping group CMA-CGM has fitted its largest containership, the 18,000 TEU Vasco de Gama, with a 2,000 cu.m/h Bio-Sea 2000 Ballast Water Treatment System (BWTS) supplied by French ballast water treatment specialist Bio-UV. The Vasco de Gama is equipped with the latest environmental technologies, and the BIO-SEA2000 BWTS representing therefore one of the greenest goods transport means in the world. The Bio-Sea system uses filtration and high power UV to treat ballast water without requiring any chemicals. The U.K.-flagged Vasco de Gama has a length of 399 m and beam of 54 m.

The CMA CGM Group Informed that the CMA CGM MARSEILLE – 2nd vessel of its GUYANAMAX 3 - vessels series – was delivered in South Korea on July 29th. This 2,100 TEU containers capacity vessel – including 530 Reefer containers – is 190 meters long and 30 meters wide. It was built by the Korean shipyards Hyundai Mipo Dockyard and will be sailing under the UK flag. The CMA CGM MARSEILLE will be positioned on the North Europe French Guiana North Brazil (NEFGUI) line. This 42-days rotation joins directly North of Europe, the Caribbean, French Guyana and North Brazil each week.

The world’s first LNG hybrid barge of Becker Marine Systems was christened with the name "Hummel" on October 18, 2014, at Grasbrook Quay in HafenCity Hamburg. The godmother of the inaugural event for the floating LNG power plant for environmentally friendly energy supply of cruise ships was Dr. Monika Griefahn, Chief Sustainability Officer at AIDA Cruises. The co-founder of Greenpeace Germany and former Minister of Environment of Lower Saxony has been involved in sustainability and environmental protection for more than 30 years.

The Ship Production Symposium in conjunction with SNAME’s 2013 Annual Meeting has released a call for papers. The SNAME 2013 Annual Meeting/Ship Production Symposium will be held from November 6-8 in Bellevue, Wash. Deadline for abstracts is June 3. Please send all submissions to SPSpapers@sname.org. Visit the SNAME website for additional information.

The National Shipbuilding Research Program (NSRP) seeks papers for presentation at Society of Naval Architects & Marine Engineers AGM. The NSRP is a collaboration of U.S. Shipyards that focuses on common issues with a goal of reducing the cost of acquiring, operating and maintaining Navy ships. The Ship Production Symposium in conjunction with SNAME’s 2013 Annual Meeting has released a “Call for Papers”. The SNAME 2013 Annual Meeting/Ship Production Symposium will be held on November 6th-8th in Bellevue, WA. Deadline for abstracts is June 3rd.

CMA CGM Group said that the CMA CGM MARCO POLO, the world’s largest containership, has begun its first voyage  Wednesday, November 7th, in Ningbo, China. Symbol of the pioneer spirit of the CMA CGM Group, the new 16 000 TEU vessel, owned by CMA CGM, sails under the UK flag. Built by DSME (Daewoo Shipbuilding and Marine Engineering) in South Korea, the giant ship reportedly displays exceptional dimensions: 396 m long, 54 m wide, with a draft of 16 m. The CMA CGM MARCO POLO is the first of a series of three 16 000 TEU vessels, that will all be named after great explorers. 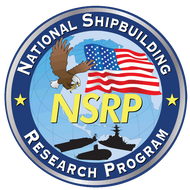 Jack Caravello has joined Rainmaker LLC as Vice President of Business Development, bringing with him more than 37 years of experience in Maritime and Offshore Industries. After graduating from MAINE MARITIME ACADEMY in 1971, Mr. Caravello sailed briefly in the American Merchant Marine Industry, shifting next to the Offshore Service and Supply Industry. Mr. Caravello came ashore in 1972, and has made Houston, TX his home. After coming ashore he moved into Marine and Offshore sales; Mr. Caravello represented Ashland Chemical for 18 years, covering the US Gulf Coast. Mr.

As part of the National Shipbuilding Research Program’s (NSRP) core mission to reduce the costs associated with Navy shipbuilding and repair, the NSRP Executive Control Board has selected 14 new research and development projects for award, totaling approximately $1.2M. These projects will be executed under the purview of the 10 NSRP communities of practice known as the Ship Production Panels. Focus and interest among panel members regularly reveal relevant project opportunities which may not be well suited for larger-scale funding via the primary NSRP solicitation process.