Terry Weston has been confirmed as Chief Executive of Maritime and Engineering College North West (MECNW) following the retirement of his predecessor, Jim Teasdale, at the end of September. Jim Teasdale was a founder director and chief executive of Birkenhead-based Maritime and Engineering College North West (MECNW), a charitable foundation set up under his leadership in 1998 to provide apprenticeship training in vocational skills with a particular focus on engineering and marine engineering.

A new resource developed to help people source accurate information about the UK oil and gas sector has been unveiled in Aberdeen. HM Government’s Industrial Strategy, launched in 2013 to deliver long-term plans to secure jobs and growth in the UK’s key economic sectors, highlighted the need for one centralized online portal to provide a more proactive and co-ordinated approach to providing relevant information on oil and gas skills. Following 12 months of research and development…

Tentec Takes Training to the ME

Since day one of its 2012 formation, Tentec Training has provided training and competence assurance programs in the assembly and tightening of bolted connections. Along with providing hands-on practical and theory training in the U.K., which lead to an Engineering Construction Industry Training Board qualification, the company services qualified and experienced trainers that travel around the world offering in-depth training for safe and efficient use of its comprehensive range of equipment.

The next generation of engineering and maritime stars was recognized at the annual Maritime and Engineering College North West (MECNW) Apprenticeship Awards. The ceremony on November 14, held at MECNW in Birkenhead, celebrated the achievements of learners across 11 different award categories which were presented by former Liverpool FC and England player and coach Sammy Lee. George Day, from Peel Ports, was named overall Apprentice of the Year and also Peel Apprentice of the Year. 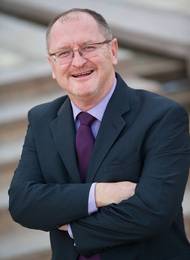 The most thorough analysis of the North Sea oil and gas skills landscape ever undertaken will commence next week with nine of the U.K.’s leading energy, business and skills organizations involved. The major study is the first to examine in depth exactly how many people and what skills are needed in order to address the critical shortage in the industry both now and in the future. Senior representatives from more than 1,000 operators, contractors and organizations throughout the… 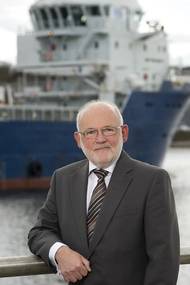 Decom North Sea (DNS), the offshore oil & gas decommissioning forum, has commissioned research into the future labour and skills requirements for the growing decommissioning sector to try to alleviate predicted skills shortages in future. With more than £1billion a year of decommissioning expenditure forecast for the UK North Sea by 2015 and only 7% of projects completed to date, DNS will make its findings available to training bodies to help ensure appropriately skilled people are available.