Protect your port with the power and resiliency of propane generatorsOur nation’s ports are a critical hub of business, logistics, and employment, and their global impact is undeniable. According to the American Association of Port Authorities (AAPA), seaport activity in 2018 supported the employment of nearly 31 million people in the U.S. alone, an increase of 7.5 million jobs since 2014.The AAPA also notes that U.S. seaport activities account for approximately 26 percent of the U.S.

Bernhard Schulte Shipmanagement (BSM) said Wednesday it has received DNV GL class approval to offer the Liquified Cargo Operations (LICOS) training course remotely via its Maritime Training Centre (MTC) in Cyprus. The maritime solutions provider is now one of the few organizations within the industry with this capability that meet the standards of the Society of International Gas Tanker & Terminal Operators (SIGTTO).With current restrictions on travel, BSM guarantees steady training delivery to its internal gas fleet as well as to external customers during the COVID-19 pandemic. 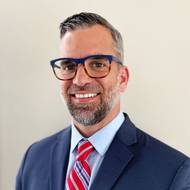 Rodolphe Saadé, Chairman and Chief Executive Officer of the French container transportation and shipping company CMA CGM Group recommended that French President Emmanuel Macron initiate an international coalition for the energy transition of the transportation sector whose priority will be to develop a more competitive and less carbon-intensive energy source.Rodolphe Saadé stressed the need to improve the cooperation of all those working on near-term solutions to replace fossil fuels in the transportation and logistics sectors.The French President accepted to actively support this initiative…

Japanese shipping giant Mitsui O.S.K. Lines (MOL) has signed a memorandum of agreement with Turkish steel producer Tosyali Holding A.S.A joint press release said that the agreement is to begin the research toward a strategic partnership, and in this respect signed a memorandum of agreement in the presence of Dr. Hasan Murat Mercan, Turkish Ambassador to Japan, at the Turkish Embassy in Tokyo on August 30.The companies will study the possibility of a partnership in the transport of raw materials and steel products in Tosyalı's production networks in Turkey and overseas…

CMA CGM chairman and CEO Rodolphe Saadé has signed two strategic partnerships with Lei Fanpei, chairman of the China State Shipbuilding Corporation (CSSC), including an order of 10 containership newbuilds, as well as an agreement to jointly develop more efficient and environmentally-friendly vessels.The deals were signed Monday in the presence of French President Emmanuel Macron and Chinese President Xi Jinping, on the occasion of the latter’s State visit to France.The 10 new Chinese-built 15,000-TEU (Twenty-foot Equivalent Units) vessels will each measure 366 meters long.

Upcoming Project NEPTUNES is set to offer a best practices guide for ports on measuring, labelling and mitigating noise emissions of vessels at ports.Up until today, there is a noticeable absence of any universal measurement protocol for the quantification of noise performance of ships in port. Nor is there any recorded information or standardised data regarding noise or nuisance in and around ports.The information that is available varies enormously and is rarely translated into concrete measures to mitigate that noise.Frank Wolkenfelt…

MAN Energy Solutions Takes Next Step in Developing Presence in Finland.MAN Energy Solutions has won the contract to design and deliver an LNG regasification terminal for the Forchem company in Rauma. Forchem, an innovative and industry-leading company producing chemical and Animal feed products from tall oil, has chosen to convert the boiler for generating steam for the refinery processin to natural gas/ bio-gas. MAN Energy Solution will deliver a tailor-made installation, including offloading skid for LNG trailers…

Gas to Overtake Oil as Primary Energy Source by Mid-2030s

Nearly two-thirds (64%) of oil and gas sector leaders expect to increase or sustain spending on gas projects in 2018, as the sector prepares for gas to overtake oil as the world’s primary energy source in the mid-2030s. Confidence in the case for gas is growing, according to a survey by DNV GL, the technical advisor to the industry. The vast majority (86%) of the 813 senior industry professionals surveyed agree that gas - the least carbon-intensive fossil fuel - will play an increasingly important role in the global energy mix over the next decade, up from 77% last year.

Below-the-hook equipment manufacturer Modulift and Siemens Heat Transfer Technology B.V. combined forces to design a special rig for lifting modules that weighed nearly 200t apiece. Modulift sent two rigs for on- and off-load in Korea and Thailand respectively—a total of 16 no. 34t capacity MOD 34 beams in addition to slings, shackles, tie-plates and other rigging gear.The two vertical Benson-type Heat Recovery Steam Generators (or HRSGs) first needed to be lifted aboard a vessel for transportation to the 1…

APM Terminals Inland Services Uruguay (also known as Montevideo Port Services SA) switched on 648 solar panels this month, capable of producing 228.6 MWh per year, enough to meet up to 90 percent of the facilities entire annual consumption.By switching to their own renewable energy source, Inland Services Uruguay, the largest equipment maintenance and repair provider in the country, will reduce its CO2 emissions by almost 50 tonnes per year. To put this in perspective, according to the United States Environmental Protection Agency it would take around 1…

Mitsui O.S.K. Lines (MOL) announced the delivery of the LNG carrier CESI Lianyungang, which was ordered by the joint venture of China COSCO Shipping Corporation Limited (CCSC) and China Petroleum & Chemical Corporation (SINOPEC), at Hudong-Zhonghua Shipbuilding (Hudong) on May 31. The CESI Lianyungang is the sixth vessel in the China LNG Transportation Project announced in April 2013, and will sail under a long-term charter transporting LNG that SINOPEC purchases from the Australia Pacific LNG Project.

Dorian LPG to Repower Up to 10 VLGCs

Ship owner Dorian LPG Ltd. said it will look to upgrade the main engines of up to 10 of its very large gas carriers (VLGCs) to dual fuel technology utilizing liquefied petroleum gas (LPG) as fuel.The ship owner has entered into a memorandum of understanding (MoU) with marine service provider Hyundai Global Service Co., Ltd (HGS) to undertake research and preliminary engineering studies for the project.The initiative follows the conclusion of a study announced in September 2017…

WWEA, IWSA to Promote Uptake of Wind Technology in Ships

The World Wind Energy Association (WWEA) has today announced a key strategic partnership with the International Windship Association (IWSA) in order to further promote the uptake of wind technology by the global shipping fleet. WWEA is a not-for-profit organisation with over 600-member organisations across 100 countries. The Association promotes the deployment of wind energy technology around the world, and, as founding member of the REN Alliance and the Global100%RE Platform, is working towards full substitution of all polluting and hazardous waste causing energies.

The Environmental Age: What Will Power Future Ships?

What will power the future shipping fleet? What will the future fuel mix be? These questions are being asked with greater frequency in the wake of the Global 2020 Sulphur Cap ruling agreed at the International Maritime Organization and other tightening regulations around air pollution and emissions from shipping operations. The need to take action is, in turn, driving the development and application of innovative alternative power and propulsion technology for ships. From January 1…

Qatar Petroleum and Shell signed a framework agreement to develop global LNG bunkering facilities on Tuesday, Qatar Petroleum said. "We view LNG bunkering as a promising opportunity for LNG to further grow as a clean energy source," Qatar Petroleum CEO Saad Sherida Al-Kaabi was quoted as saying. "LNG demand for bunkering is expected to increase significantly over the coming years and we believe there is real potential for such demand to reach up to 50 million tons per annum by 2030," he said.

Coal will remain India's main energy source for the next three decades although its share will gradually fall as the country pushes renewable power generation, according to a government report seen by Reuters. The country is the world's third-largest coal producer and the third-biggest greenhouse gas emitter. It depends on coal for about three-fifths of its energy needs and aims to double its output to 1.5 billion tonnes by 2020. By 2047, however, coal's share of India's energy mix would shrink to 42-48 percent…

China's coal producers have sought government approval for a plan to increase output, sources said on Thursday, partially reversing efforts to cut capacity that has sent prices soaring and depleted domestic stockpiles this year. The State Council must now decide whether to give the greenlight to the draft proposal, which was discussed at a meeting in Beijing of major producers, provincial officials and the state planner, the National Development and Reform Commission, three sources familiar with the gathering said.

6 June 2016. GTT has inaugurated, on June 3rd, its office in Shanghai: GTT China. Several officials from Chinese companies in the transport and industry of Liquefied Natural Gas (LNG) sectors attended the ceremony, in the company of Adnan Ezzarhouni, director of GTT China. The market in China for LNG is fast-growing. LNG is an energy source that provides an alternative to petroleum products in the transportation sector, as well as being an alternative to coal for the conversion of power generation plants.

Mitsui O.S.K. Lines, Ltd. (MOL; President & CEO: Junichiro Ikeda) today teamed up with a local partner in Indonesia, PT Pelindo Energi Logistik (PEL; President Director: Denny Hermanto) to launch joint operation of the LNG carrier Triputra, which conducted the project’s first discharging operation at the Port of Benoa on Bali Island. This is the second coastal shuttle transport project following one serving for West Java(*), for which MOL securedan order in 2011. In that project…