A naming ceremony was held in Kumamoto Prefecture at the Ariake Shipyard of Japan Marine United Corporation for a new VLGC (very large gas carrier) that NYK will charter under a long-term contract to Astomos Energy Corporation,  pre-eminent liquefied petroleum gas (LPG) company.The ship was named “Lily Promenade” by Kazuhisa Otsuka, senior operating officer of Astomos Energy Corporation, and the ceremonial rope holding the vessel in place was cut by Mariko Kurokawa of Astomos.

Cargill, Maersk Tankers and Mitsui & Co. have established a strategic collaboration to accelerate the reduction of global greenhouse gases (GHGs) within shipping. All three parties recognize the urgency required to tackle the global issue of climate change and are continually driving progress in their respective lines of business. Today, they are joining forces to accelerate these efforts and propel the maritime industry towards a more sustainable future.Together, the companies… 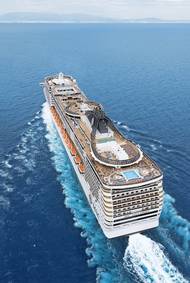 Cruise liner MSC Cruises has reached an agreement for an EUR 1.5 billion (USD 1.74 billion) financing for two new Seaside EVO class cruise ships.BNP Paribas, Unicredit and Cassa Depositi e Prestiti will provide EUR 1.5bn in financing for two Seaside EVO class passengerships. The financing syndicate of lenders also include SACE SIMEST, the Italian ECA, fully backing the credit line and stabilising the interest rate.The first ship is expected to be delivered in May 2021 and the second in February 2023.

The Next Generation Marine Power & Propulsion event was held in the Grand Harbour conference venue looking out over the Port of Southampton where cruise ships, oil tankers and the world's largest container vessels ply their global trade. The event brought together a broad and unique marine industry group from the UK, EU and US. A dynamic program, including three keynote speakers and 20 presenters, highlighted the latest technology and opportunities for the maritime sector worldwide – and the future for next generation marine power certainly looks bright. 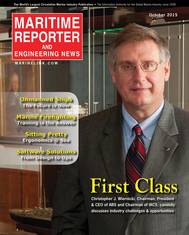 Mitsubishi Heavy Industries, Ltd. (MHI) has entered into an agreement with Odense Maritime Technology A/S (OMT) of Denmark, a provider of ship design services, on collaboration in ship engineering business. The companies said they plan to combine abundant track records in shipbuilding business to target speedy development of diverse ship types in a quest to expand their licensing business. Under the newly agreed collaborative arrangement, MHI will primarily take charge of developing propulsion performance aspects…

Scheduled for September 23-24, 2013 in Hamburg, the fourth STG Ship Efficiency conference will focus on one of the key issues for future shipping. The German Society for Maritime Technology, STG, launched this series of conferences to provide a platform for maritime leaders to exchange interdisciplinary ideas and expertise on questions related to ship efficiency. How to improve the efficiency of shipping operations. How to increase a ship’s profitability. How to make shipping more environmentally friendly.

Zhoushan COSCO Shipyard  contracted for modification and repair of CMA CGM container ships. Three French CMA CGM 8200TEU-series container ships have been docked at Zhoushan Shipyard for bulb bow modification involving 290 tons of steel-work as well as other routine hull repair work including 11,186 sq. metres of sanding and re-coating. Engine maintenance is being carried out and auxiliary energy-saving devices are also being installed. The COSCO shipyard says that last year CGM was pleased with work done on another of its vessels…